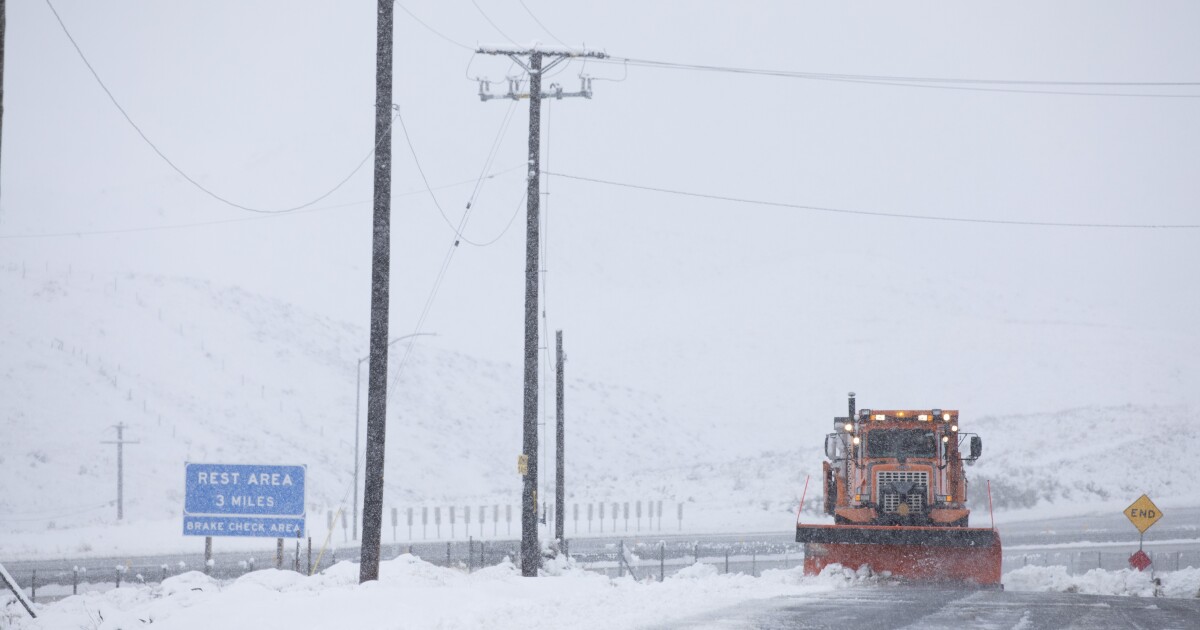 Gov. Gavin Newsom declared a state of emergency in 20 California counties on Thursday as winter storms continued to lash the state with record snow and rainfall that have knocked out power, shut down major roads and freeways, and caused debris flows, among other hazards.

The emergency proclamation will support response and recovery efforts after the storms, including by expanding access to state resources under the state’s Disaster Assistance Act, according to a statement by Newsom’s office.

It directs the California Department of Transportation to request immediate help through the Federal Highway Administration’s Emergency Relief Program for highway repairs or reconstruction and eases access to unemployment benefits for residents who lose their jobs because of the storms.

Firefighters rescued at least 50 people from the Leo Carrillo State Park campground in Malibu after rainfall sent a torrent of muddy water through the area, and accumulating ice and snow forced officials to close a portion of the Grapevine in both directions of the 5 Freeway for several hours.

Travelers at downtown L.A.’s Union Station were sent scrambling in the morning as several inches of water filled at least one hallway.

In the Sierra Nevada, record-breaking snowfall brought communities to a standstill as storms cut power to tens of thousands of residents and officials urged residents and visitors to stay off mountain roads until conditions improve.