Conservative commentator Candace Owens raised hundreds of thousands of dollars for a Virginia police officer who was fired for supporting Kyle Rittenhouse.

Owens presented Police Lt. William Kelly a giant check for $202,000 on The Daily Wire’s “Candace” after he was let go by the Norfolk Police Department in April for having anonymously contributed to Rittenhouse’s defense fund.

In a preview clip first shared with Fox News, Owens told her audience she wanted to offer the ultimate response to the backlash Kelly and his family had faced for “siding with the truth.”

“I am so grateful for our police officers,” Owens said on Monday. “I can’t even imagine especially in today’s political climate knowing that you’re fighting for justice and you have an entire ecosystem of horrible people that are constantly fighting against you, fighting to defund you, telling you you’re not allowed to exist unless you side with narratives that are actually lies. So this just makes me so happy.”

“Thank you so much,” Kelly told Owens. 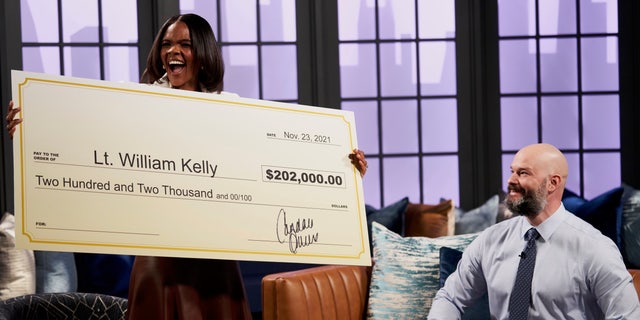 The “Candace” host clarified the amount raised for the 19-year veteran has increased since the giant check was printed. The total has surpassed $250,000.

Owens raised the money through the crowdfunding website GiveSendGo with the initial goal of $100,000, which was far exceeded by more than double.

The full episode of “Candace” featuring Kelly will be released Tuesday night.

On Friday, Rittenhouse was acquitted of all charges after he was accused of murdering two people and shooting another amid the riots that took place in Kenosha, Wisconsin, following the 2020 police-involved shooting of Jacob Blake.

Rittenhouse and his defense team argued to the jury that he acted in self-defense while prosecutors alleged the teenager sought to instigate trouble and had the intention to kill.

“In my opinion, there’s no winners in this case, there’s no heroes in this case. I defended myself. I was attacked,” Rittenhouse told Fox News’ Tucker Carlson in his first interview since being acquitted.

Kyle Rittenhouse, center, enters the courtroom with his attorneys Mark Richards, left, and Corey Chirafisi for a meeting called by Judge Bruce Schroeder at the Kenosha County Courthouse in Kenosha, Wisconsin. Police departments across the country said they were ensuring the right to peaceful protests following his not guilty verdict Friday. (Sean Krajacic/The Kenosha News)

Kelly was only roughly 10 months from being a 20-year veteran of the department, at which point he would have been eligible to have received his retirement savings without a penalty. He was fired from Norfolk Police Department in April, when he was suddenly left desperate to find affordable health insurance for himself, his wife, who is sick with cancer, and their three kids.

“I thought I was a free man in America expressing his personal opinion to somebody, giving some words of encouragement and making a simple donation,” Kelly told Fox News in May.

Kelly, 42, said he donated to a GiveSendGo account to benefit Rittenhouse, now 18, at the end of summer 2020. He registered an account using his official police department email, but said his donation was anonymous.

A message included with the donation stated: “God Bless. Thank you for your courage. Keep your head up. You’ve done nothing wrong. Every rank-and-file police officer supports you. Don’t be discouraged by actions of the political class of law enforcement leadership.” 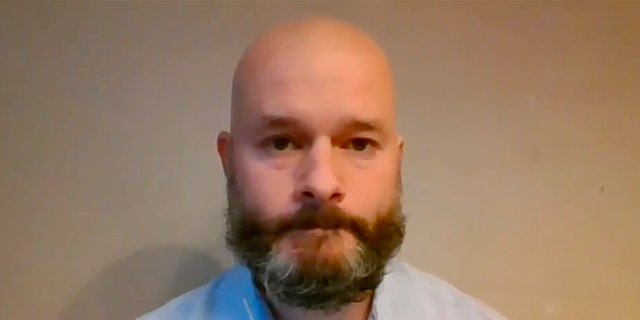 Kelly did not place the donation during work hours, he said. He didn’t hear anything about the contribution for months, until the morning of Friday, April 16.

“I was getting ready for work one morning and I got a phone call from a fellow police officer who was working at the central desk,” he recalled.

His colleague was calling about a report released that morning by The Guardian, which detailed how a “data breach” revealed how Kelly, who was a sergeant at the time, was among police officials who had donated to Rittenhouse’s fund.

Regardless of the events of the past year, Kelly said without hesitating that he would return to work if given the chance to do so.