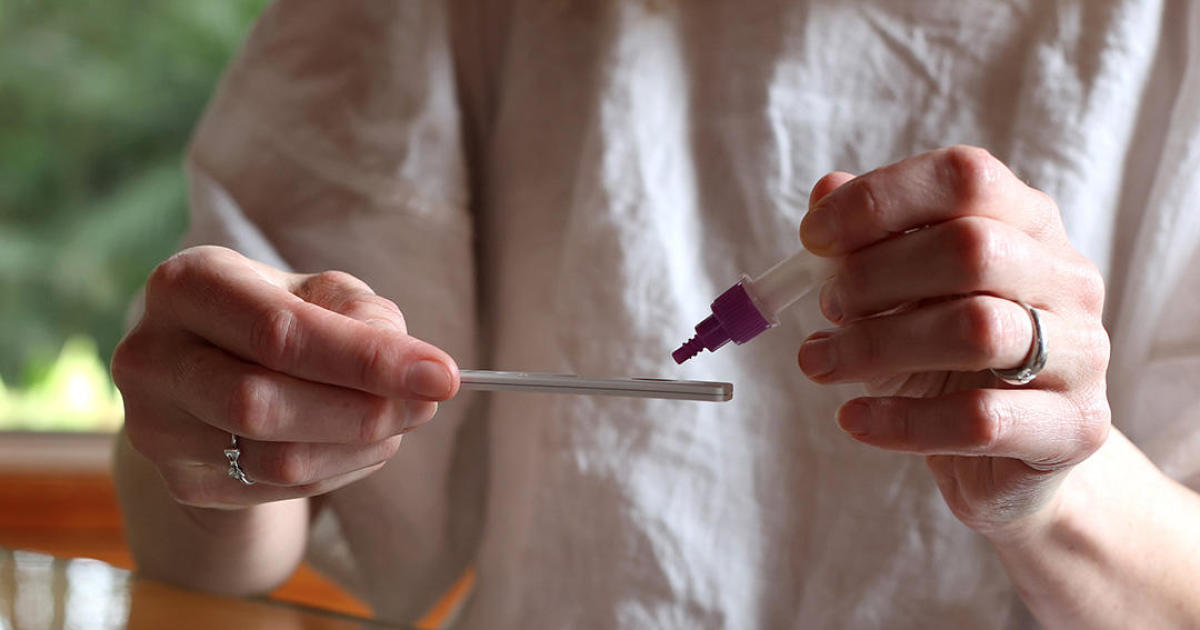 Following days of criticism over the Centers for Disease Control and Prevention’s decision last week to shorten its recommended isolation period for those who test positive for coronavirus but have no symptoms, the agency now acknowledges that the “best approach” includes seeking out a rapid at-home COVID-19 test before ending isolation.

“If an individual has access to a test and wants to test, the best approach is to use an antigen test towards the end of the 5-day isolation period. Collect the test sample only if you are fever-free for 24 hours without the use of fever-reducing medication and your other symptoms have improved,” the CDC said.

However, the CDC’s new recommendations stop short of setting out a requirement for a negative rapid COVID-19 test before leaving the shortened isolation period for those with no symptoms, as some experts have called for.

COVID-19 tests are in short supply amid the spike in Omicron cases, with many stores and websites sold out of the rapid at-home antigen tests and people facing hours-long lines for limited offerings of free tests.

“The appropriate tool in this pandemic to answer the question, ‘Do I need to isolate? Am I infectious and a risk to my neighbors?’ is using a rapid antigen test because it only stays positive as long as you are infectious,” epidemiologist Dr. Michael Mina, the chief science officer at eMed, told “CBS Mornings.”

In explaining why they decided not to require a rapid test, the CDC said negative antigen tests do “not necessarily indicate the absence of transmissible virus.” The agency also pointed to the Food and Drug Administration’s authorizations governing use of the tests, saying that the regulator had not specifically OK’d the at-home kits “to evaluate duration of infectiousness.”

“There continues to be confusion around this, in large part because of how we continue to regulate the tests at the FDA. It leads to claims that are written on the box that are not necessarily in line with how Americans actually are wanting to use the test. And that puts the CDC a bit in a box,” Mina had said.

The update comes amid a flurry of changes published Tuesday by the CDC laying out more detailed guidance for those who must “quarantine” after being exposed to the virus or “isolate” after testing positive, beyond its recommendations last month that cut isolation for many Americans down from 10 days to five days if they don’t have symptoms.

To end isolation, the CDC acknowledges that some symptoms — like loss of taste or smell — “may persist for weeks or months after recovery and need not delay” Americans returning to their lives.

However, the agency urges that people looking to end their isolation period after five days should do so only if most of their symptoms, like fever, have improved without continued use of medications, and they should wear a “well-fitting mask” to protect other people.

“If you are unable to wear a mask when around others, you should continue to isolate for a full 10 days. Avoid people who are immunocompromised or at high risk for severe disease, and nursing homes and other high-risk settings, until after at least 10 days,” the CDC says.

The agency also now says that this guidance is intended for most Americans, including for students and school staff, but excludes “high-risk congregate settings” like prisons and homeless shelters. The CDC had also recently published guidance on different quarantine and isolation recommendations specific to health care providers.

While the CDC’s COVID-19 guidance is not binding, many workplaces and local governments often echo the agency’s recommendations in the policies they enforce.

“These updated recommendations also facilitate individual social and well-being needs, return to work, and maintenance of critical infrastructure,” the agency said in a post outlining the reasons behind its changes.

Many health departments and employers have already moved to adopt the CDC’s shortened isolation guidance, A growing number of industries were advocating for the changes to relieve staffing shortages from outbreaks.

Modeling published this week by a consortium of researchers warned of a “sharp and fast” surge in cases that could peak this month driven by the Omicron variant — which now makes up an estimated 95% of new infections. The U.S. is averaging nearly 500,000 new COVID-19 cases reported per day, another record high that is now roughly double the peak reported last winter.

Even before the fast-spreading Omicron variant led to historic staffing shortages, the CDC said its previous 10 day isolation period had been only followed in its entirety by “only a small percentage of people (25-30%)” who test positive.

“We know based on two years of experience now with this virus that the vast majority of your transmissibility happens in the day or two before you get symptoms and the two or three days afterwards,” CDC Director Dr. Rochelle Walensky told “The Late Show with Stephen Colbert” on Monday.

“Probably about 80 to 90% of your transmissibility has happened in those first five days. And we really want people to be sure if they’re going to be home, they’re home for the right period of time,” said Walensky.