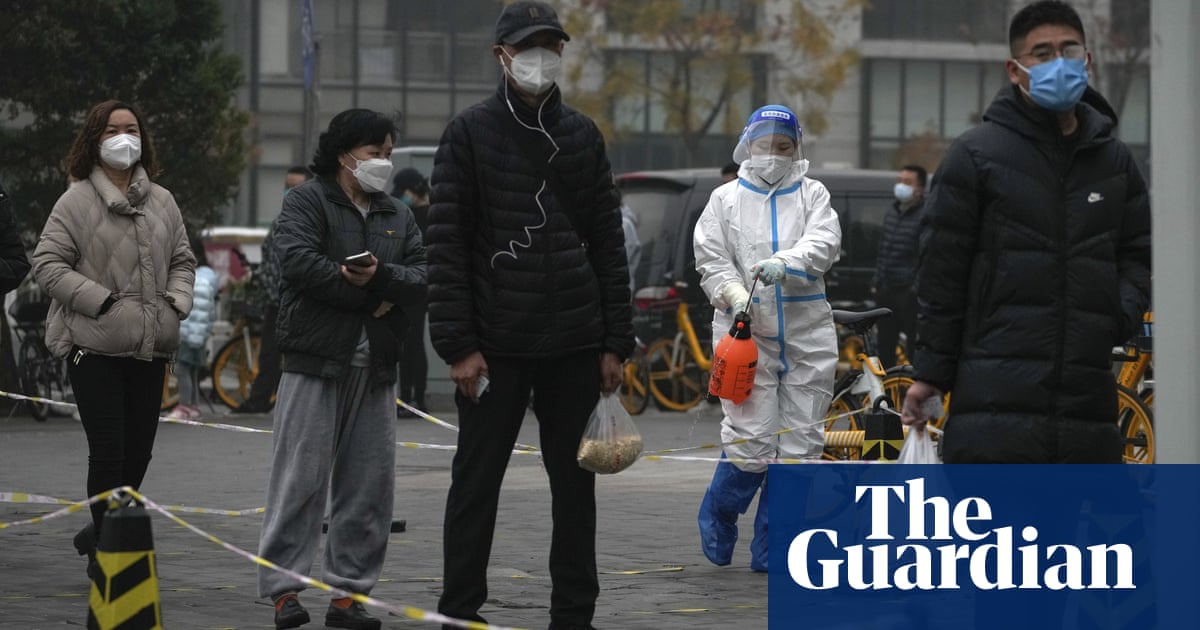 China has imposed a fresh series of Covid lockdowns, including in a city where workers at the world’s largest iPhone factory clashed with police this week, as a record daily high in coronavirus cases tests its commitment to follow the rest of the world in easing pandemic restrictions.

The national health commission reported 31,444 new locally transmitted Covid cases on Wednesday, the highest daily figure since the coronavirus was first detected in the central Chinese city of Wuhan late in 2019.

The government responded by tightening Covid restrictions in cities, including Beijing, Shanghai and Guangzhou, and ordering mass testing.

In Zhengzhou, in the central province of Henan, where there were clashes on Tuesday and Wednesday between police and protesting workers from Foxconn’s iPhone factory, authorities announced a five-day lockdown for approximately 6 million people. Residents were ordered to stay at home and carry out daily PCR tests in a “war of annihilation” against the virus.

One worker told the AFP news agency that the protests had begun over a dispute about promised bonuses at the Foxconn factory and “chaotic” living conditions.

Foxconn, the Taiwan-based owner of the factory, which employs about 200,000 people in Zhengzhou, has been desperate to keep operations going after a handful of Covid cases forced it to lock down the facility, and it recruited new workers from across the country on favourable packages to replace the thousands who last month walked away. Employees said protests started after the company changed the terms of their pay.

Videos online showed thousands of people in masks facing rows of police in white protective suits with plastic riot shields. Police kicked and hit one protester with clubs after he grabbed a metal pole that had been used to strike him.

Many employees accepted payoffs from the company and went home on Thursday. Some said on social media that they had received bonuses of 10,000 yuan (£1,150) in return for terminating their contracts.

Foxconn apologised on Thursday for what it called “an input error in the computer system” and said it would guarantee that the pay was the same as was promised in official recruitment posters. “As for the violent incident, the company would continue to communicate with the staff and government to prevent similar incidents from happening again,” a company statement said.

The strict enforcement of China’s “dynamic zero Covid” policy for almost three years has weighed on its economy and stoked frustration among the population.

On 11 November, the government announced it would shorten quarantines and ease other restrictions, a move seen to be aimed at alleviating economic pressures and cooling public discontent. But at the same time, senior officials warned cadres not to let down their guard.

Among the new measures, Guangzhou imposed a five-day lockdown in the Baiyun district from Monday to curb the surge in cases. Residents are required to stay at home and public transport has been suspended, although areas that have not reported infections for three consecutive days could lift restrictions.

The government of the north-eastern city of Changchun, in Jilin province, urged its residents to halt non-essential movement and avoid going to public places, restaurants and public gatherings.

Shanghai tightened restrictions for arrivals to the city. A notice on the city’s official WeChat account said people travelling to the city from Thursday would be tested for Covid and barred from going to restaurants and shopping centres, among other public venues, for five days after their arrival.

Beijing has imposed new testing requirements for incoming travellers and residents. It requires a negative PCR test result within 48 hours for those seeking to enter public places such as shopping malls, hotels and government buildings. Schools across the city have moved to online classes.

Although the case numbers are relatively low compared with global figures, even small outbreaks in China often lead to lockdowns of districts and cities. Authorities this week reported China’s first Covid deaths in six months, bringing the total to 5,232.

A Zhengzhou resident who was among those scrambling to buy food in a market before the lockdown said on the social media platform Sina Weibo: “All the stalls were full of people and the prices have rocketed … no one was smiling.”

While China’s borders remain largely closed, the government has drawn up measures to facilitate the exit and entry process for foreign business executives, a foreign ministry spokesperson said.