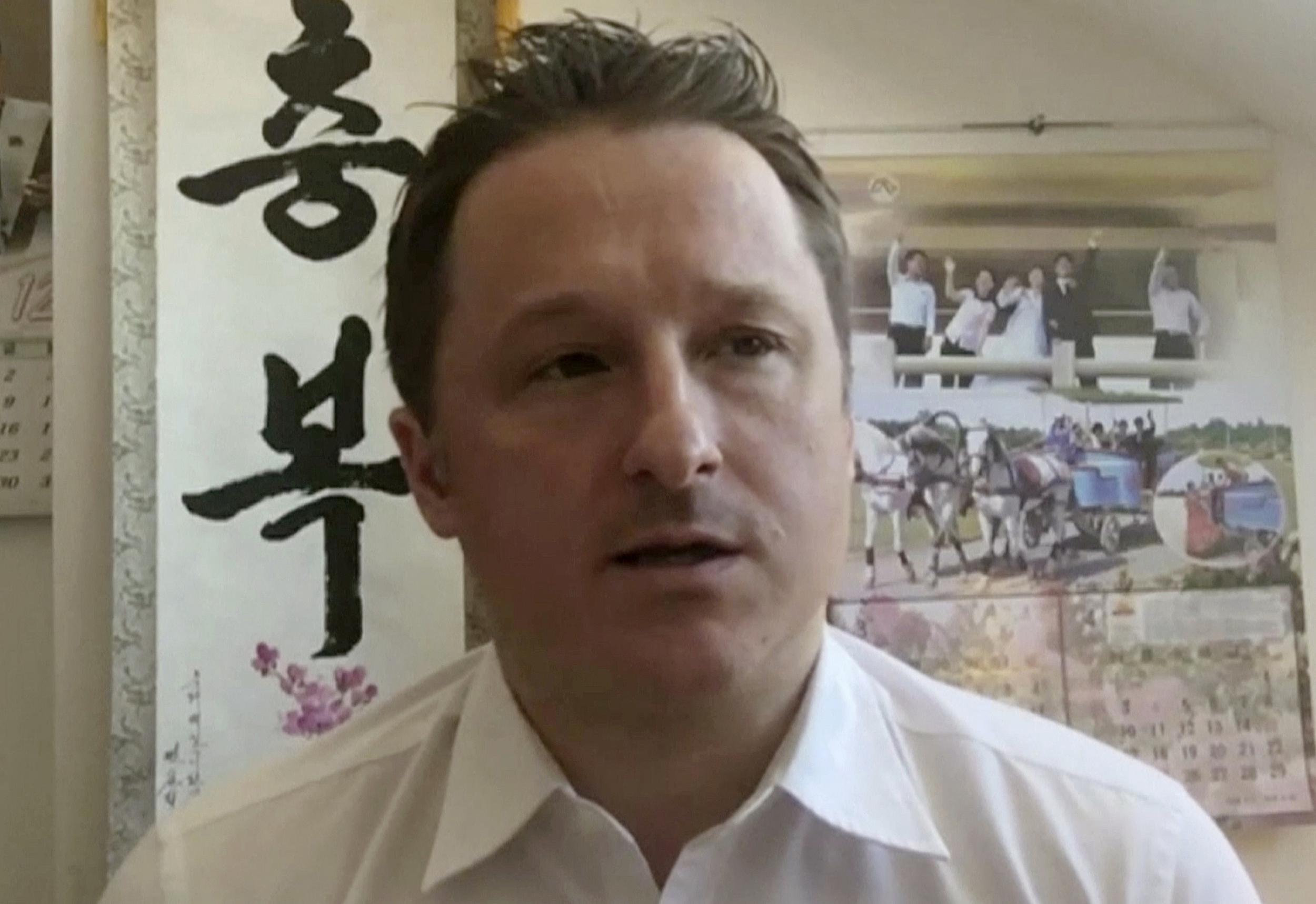 DANDONG, China (AP) — A Chinese court sentenced Canadian entrepreneur Michael Spavor to 11 years in prison Wednesday in a spying case linked to Beijing’s pressure campaign against the Canadian government over the arrest of an executive at tech giant Huawei.

A Canadian court will hear final arguments in the next few weeks over whether to hand over the executive, Meng Wanzhou, to face U.S. criminal charges in connection with possible violations of trade sanctions on Iran.

Spavor and another Canadian were detained in China in what critics labeled “hostage politics” after the executive’s 2018 arrest. On Tuesday, another Chinese court rejected the appeal of a third Canadian whose prison term in a drug case was abruptly increased to death following Meng’s arrest.

Canadian Ambassador Dominic Barton attended Spavor’s hearing in the city of Dandong, about 210 miles (340 kilometers) east of Beijing on the North Korean border. No word has been given about a trial date for former Canadian diplomat Michael Kovrig, who was also detained in December 2018 and charged with spying.

Meng, the chief financial officer of Huawei Technologies Ltd. and daughter of the company’s founder, was arrested Dec. 1, 2018, in Vancouver on U.S. charges of lying to the Hong Kong arm of the British bank HSBC about possible dealings with Iran in violation of trade sanctions.

Meng’s lawyers argue the case is politically motivated and what she is accused of isn’t a crime in Canada.

China’s government has criticized the arrest as part of U.S. efforts to hamper its technology development. Huawei, a maker of network equipment and smartphones, is China’s first global tech brand and is at the center of U.S.-Chinese tension over technology and the security of information systems.

Beijing has repeatedly demanded Meng’s immediate release. While denying a direct connection between her case and the arrests of Spavor and Kovrig, Chinese officials and state media frequently mention the two men’s fates in relation to whether or not Meng is allowed to return to China.

At the Canadian Embassy in Beijing, Deputy Head of Mission Jim Nickel told reporters the timing of the detentions of Spavor and Kovrig and “consistent communications” from the Chinese government “linking them to Ms. Meng” makes clear they were “arbitrarily detained for the purpose of political leverage.”

Spavor was based in China but had extensive links with North Korea in tourism and other commercial ventures that brought him into contact with the isolated communist state’s leadership.

Nickel said the Canadian government had complained to China that Spavor’s trial “failed to meet basic standards” of fairness and defendants’ rights.

The news conference at the Canadian Embassy was attended by representatives from 25 countries, including the ambassadors from Britain, Australia and New Zealand and diplomats from the U.S., Japan, Germany, France, the EU, Italy and Sweden.

On Tuesday, a court in Liaoning province in the northeast rejected an appeal by Robert Schellenberg, whose 15-year prison term on charges of smuggling methamphetamine was increased to death in January 2019 following Meng’s arrest. The death sentence has been automatically appealed to China’s Supreme Court.

Barton said earlier, “I don’t think it’s a coincidence these are happening right now while events are going on in Vancouver,” referring to the hearings on whether to extradite Meng to the U.S.

The Huawei case is one of a series of conflicts between Beijing and other governments over China’s technology ambitions, human rights in Hong Kong, Xinjiang and Tibet and territorial claims in the South China and East China Seas.

China has tried to pressure Canadian Prime Minister Justin Trudeau’s government by imposing restrictions on imports of canola seed oil and other products from Canada.

Meanwhile, Beijing is blocking imports of Australian wheat, wine and other products after its government called for an investigation into the origin of the coronavirus pandemic. The disease that has killed more than 4.3 million people was first detected in the central Chinese city of Wuhan in late 2019, although China has suggested it may have originated overseas, a theory that has not been embraced by medical experts.