“I do think that what happened at the court is tremendously bad… I wonder how long we’re going to have these institutions at the rate we’re undermining them,” Thomas said at the Old Parkland Conference.

The leak — not the decision’s potential implication of overturning Roe v. Wade — has potentially done irreparable harm to people’s trust in the institution, the veteran justice said.

“When you lose that trust, especially in the institution that I’m in, it changes the institution fundamentally. You begin to look over your shoulder. It’s like kind of an infidelity that you can explain it, but you can’t undo it,” Thomas added.

The high court’s secrecy has been an integral part of the judicial process, allowing justices to deliberate free of outside pressures, he added, noting the members of the court did not think such a leak could even occur.

“Oh, that’s impossible. No one would ever do that,” he said, theorizing how people thought of the Supreme Court’s exclusivity prior to the leak. 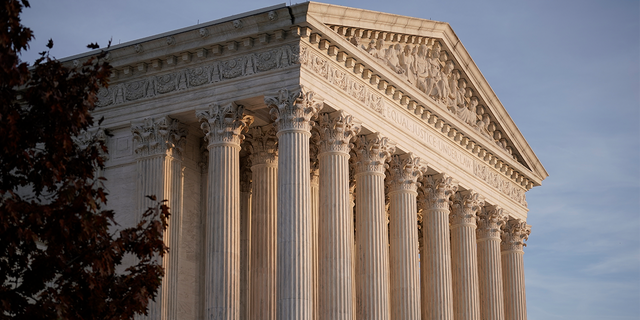 “Now that trust or that belief is gone forever,” Thomas claimed.

Thomas also suggested there has been a recent trend to undermine the Supreme Court, challenging its integrity and impartialness — and a new phenomenon of citizens showing up to members’ homes and holding them personally responsible.

The justice said, however, the trend was among liberals and that conservatives have not acted in this way. 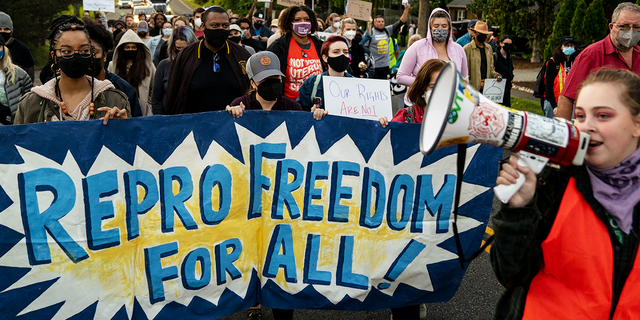 ALEXANDRIA, VA – MAY 09: Abortion-rights advocates mach in the street to stage a protest outside the house of Supreme Court Associate Justice Samuel Alito in the Fort Hunt neighborhood on Monday, May 9, 2022 in Alexandria, VA. (Kent Nishimura / Los Angeles Times via Getty Images)

“You would never visit Supreme Court justices’ houses when things didn’t go our way. We didn’t throw temper tantrums. I think it is … incumbent on us to always act appropriately and not to repay tit-for-tat,” Thomas said.