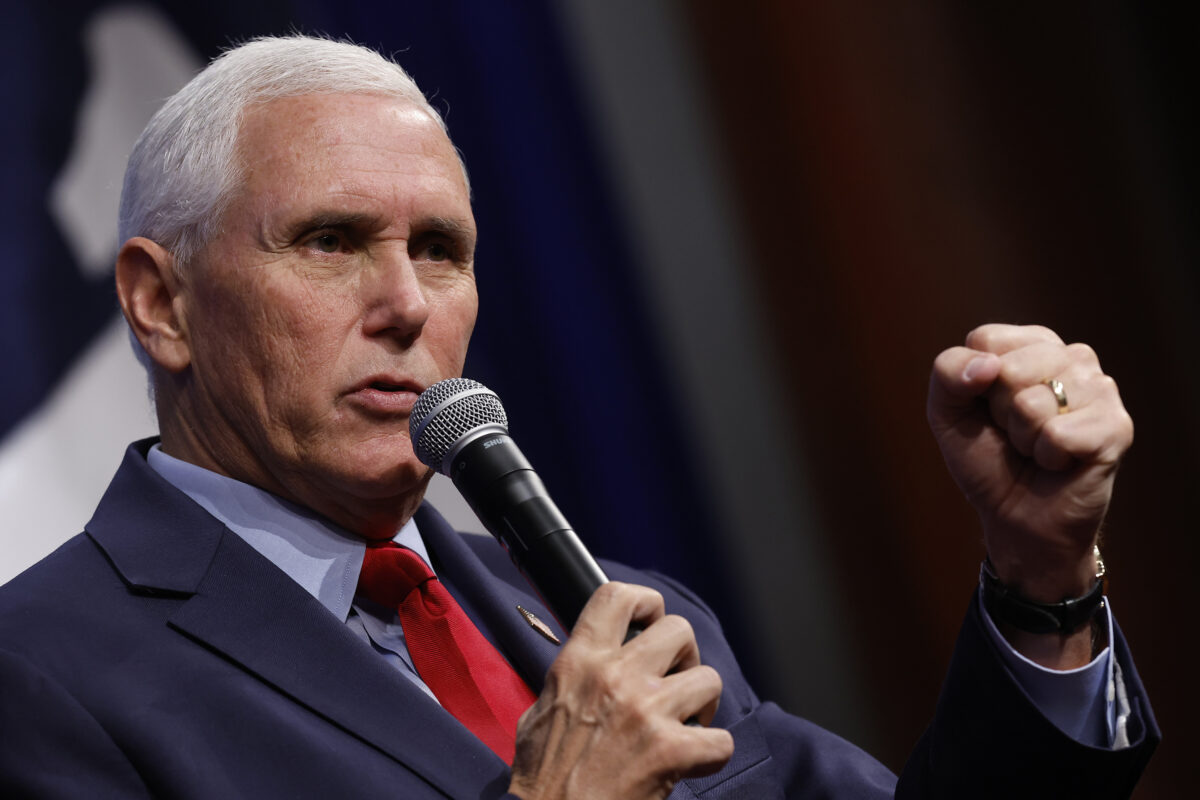 A “small number of documents” marked classified were found on Jan. 16 at Pence’s home in Indiana, Greg Jacob, one of the lawyers, informed the National Archives and Records Administration in a Jan. 18 letter obtained by The Epoch Times.

The discovery came when Pence engaged outside counsel to review the records stored at the residence, according to the former vice president’s team. Pence opted for the review after learning classified documents were found at one of President Joe Biden’s residences. Before that, documents with classification markings were located at the Florida home of former President Donald Trump.

Once the outside counsel identified materials with classification markings, Pence “immediately secured those documents in a locked safe pending further direction on proper handling from the National Archives,” Jacob said, asking the Archives for assistance in transferring the materials to the agency.

The Department of Justice, the White House, and the Archives did not immediately respond to requests for comment.

Pence told news outlets previously that he did not take classified documents with him when he left office.

The documents were “inadvertently boxed and transported to” Pence’s home after the Trump-Pence administration left office in 2021, according to Jacob.

“Vice President understands the high importance of protecting sensitive and classified information and stands ready and willing to cooperate fully with the National Archives and any appropriate inquiry,” Jacob wrote.

While standard procedures governed the transfer, at least initially, of documents from Trump and Biden to the Archives, the Department of Justice “bypassed” those procedures by sending FBI agents to Pence’s home on Jan. 19, according to another missive

Agents collected the material with the assistance of Pence’s personal attorney, who has experience handling classified documents, Jacob wrote to William Bosanko, chief operating officer of the Archives. Pence was in Washington to attend the March for Life at the time.

Jacob planned to drive four boxes that contained non-classified papers from the Trump-Pence administration to Washington because the Archives agreed to accept the materials but did not have the capacity to collect them from Indiana.

Pence had an opportunity to reject a request to take possession of the classified materials but agreed “in the interest of ensuring an expeditious collection,” Jacob said. FBI agents took control of the records found at Biden’s Wilmington, Delaware, home over the weekend after being “invited” onto the property, the White House has said. Biden’s team transferred the first tranche of documents that were found, at the Penn Biden Center in Washington in November 2022, to the Archives without notifying the Department of Justice.

Trump initially worked with the Archives to transfer materials from his time as president, but FBI agents executed a search warrant at his Mar-a-Lago resort in August of 2022 after learning more presidential materials were still there. They found documents with classification markings at the home. Trump has said he declassified all the materials before leaving office.

The materials found at Biden’s former office and his home date back from the president’s time as vice president as well as his service as a U.S. senator, according to the White House.

Only presidents have the power to declassify materials.

Before becoming vice president, Pence represented Indiana in the U.S. House of Representatives.

Trump is running for president again and Pence is considering challenging him for the Republican nomination.

Trump wrote on Truth Social on Tuesday that Pence “is an innocent man” who “never did anything knowingly dishonest in his life.”

“It is a serious matter for any government official to mishandle classified documents,” Rep. Mike Turner (R-Ohio), chairman of the House Intelligence Committee, said in a statement. “I plan to ask for the same intelligence review and damage assessment to see if there are any national security concerns.”