I want to introduce you to a friend of mine.

Clio is a friend I see often at the U.S. Capitol. But it’s strange. The two of us have never spoken. In fact, I walk by Clio all the time. But I never say a word.

“Clio” is “The Muse of History.” She is the daughter of Zeus. Her name is derived from Greek to “recount” or “document.” And, at the Capitol, Clio is depicted in a statue, towering over the center entranceway to Statuary Hall – the old House chamber. Clio stares down from her perch at the House proceedings which once unfolded there. She records Congressional events for posterity in her journal.

Appropriately enough, Clio stands in a “clock chariot.” The face of a working timepiece serves as the wheel to Clio’s carriage, marking the passage of time. 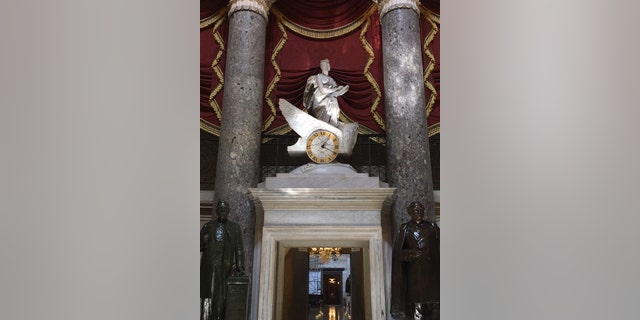 A statue of Clio leads from Statuary Hall to the Speaker’s Office and the Rotunda. (Chad Pergram/Fox News)

I have made sure to visit Clio in Statuary Hall after historic events at the Capitol over the years. I dropped by at the conclusion of the lengthy 2018-2019 government shutdown. After the House impeached President Trump the first time. At the conclusion of his first Senate impeachment trial. I sometimes take a picture of Clio to mark the occasion and send a tweet about the historic significance of the day.

A year ago, everyone who works at the Capitol struggled with the devastation of the riot. What I didn’t struggle with was the context. On the air that day, I quickly characterized the assault as the worst incursion on the U.S. Capitol since the British burned it during the War of 1812. It was clear to me that the swarm that attacked the Capitol represented one of the worst days in American history.

Clio occupied my mind in early 2021. I had just acquired a much smaller, replica statue of Clio (complete with a working clock) for Christmas, 2020. The miniature version presides on a bookshelf near a tricked-out “studio” I assembled at the beginning of the pandemic for at-home, live reports.

On Jan. 6 last year, I invoked the Capitol statue of Clio and her responsibility to jot down Congressional events on her tablet during one live report. I told colleague Bret Baier on the air last year that the January 6th siege was surely “one of the darkest entries” in Clio’s journal. I later mentioned Clio in a blog post I penned later that week.

Certainly everyone who works on Capitol Hill was hoping for a rather vanilla entry in Clio’s daily log this past January 6.

But Clio slipped into the limelight again this year. 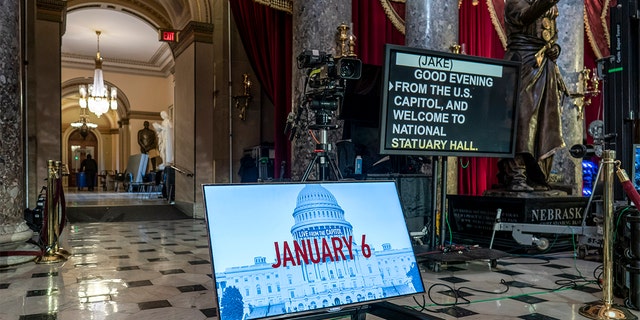 On January 6, 2021, a pro-Trump mob barged through Statuary Hall, bound for the House chamber. The mob surged into Statuary Hall through the passageway directly beneath Clio’s pedestal. The thugs were determined to stop Congress from certifying Joe Biden as the next President.

But one year and 306 certified, electoral votes later, it was President Biden who stood in Statuary Hall on January 6, 2022. He delivered the most strident speech of his presidency.

“Here is the truth. The former President of the United States of America has created and spread a web of lies about the 2020 election,” said the President. “There’s truth. And tragically, there are lies. Lies conceived and spread for profit and power. We must be absolutely clear about what is true and what is a lie.”

And then, Mr. Biden spoke of the Statuary Hall chronicler.

“Above us, over that door leading into the Rotunda is a sculpture depicting Clio, the Muse of History. In her hands, (there is) an open book in which she records the events taking place in this chamber below,” said the President. “Clio stood watch over this hall one year ago today, as she has for more than 200 years. She recorded what took place. The real history. The real facts. The real truth.”

The President noted that “the Bible tells us that we shall know the truth and the truth shall make us free.” 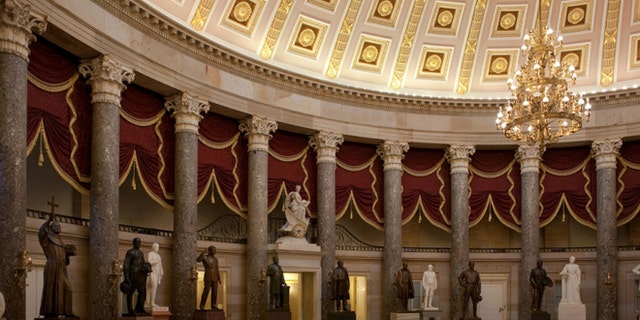 The quintessence of the debate about the January 6th riot is what is true and what is false. Some loyal to President Trump suggest the election was “stolen.” Facts and audits of the Electoral College votes sent to Capitol Hill say otherwise. Rep. Matt Gaetz, R-Fla., pedaled a narrative that the FBI played a role in the riot, encouraging Trump supporters to storm the Capitol.

“I do not believe that there would have been the same level of criminal acuity on January 6th last year but for the involvement of the federal government,” said Gaetz recently.

The fundamental divide over what “really” happened on January 6th.

In Breakfast of Champions, Kurt Vonnegut posed the question differently:

“You know what truth is?” wrote Vonnegut. “It’s some crazy thing my neighbor believes. If I want to make friends with him, I ask him what he believes. He tells me, and I say, ‘Yeah, yeah – ain’t it the truth?’”

“What is real? How do you define ‘real,’” asked Morpheus of Neo in The Matrix. “If you’re talking about what you can feel. What you can smell. What you can taste and see, then ‘real’ is simply electrical signals interpreted by your brain.”

But events actually happen. Or they don’t. This isn’t “Schrodinger’s Cat” in quantum theory – where a cat can be both dead and alive.

Only actual, historical happenings get written up in Clio’s journal. History and events don’t mutate. They are binary. Either things unfolded one way. Or another.

And what really happened on January 6, 2021 is all recorded in Clio’s journal.