Attorneys have started making their final pitches to the jury in the trial of the three men accused of killing Ahmaud Arbery in Georgia last year.

Travis McMichael, his father, Greg, and their neighbor William ‘Roddie’ Bryan have all been charged with Arbery’s murder. The 25-year-old was jogging through a neighborhood in Glynn County, Ga., when the three men started pursuing him in vehicles. He was then shot dead by Travis McMichael.

The defendants say they were making a legal citizen’s arrest under Georgia law. Travis McMichael said he was acting in self-defense.

The high-profile shooting helped spark protests for racial justice in the summer of 2020. All three defendants are white, and Arbery was Black. 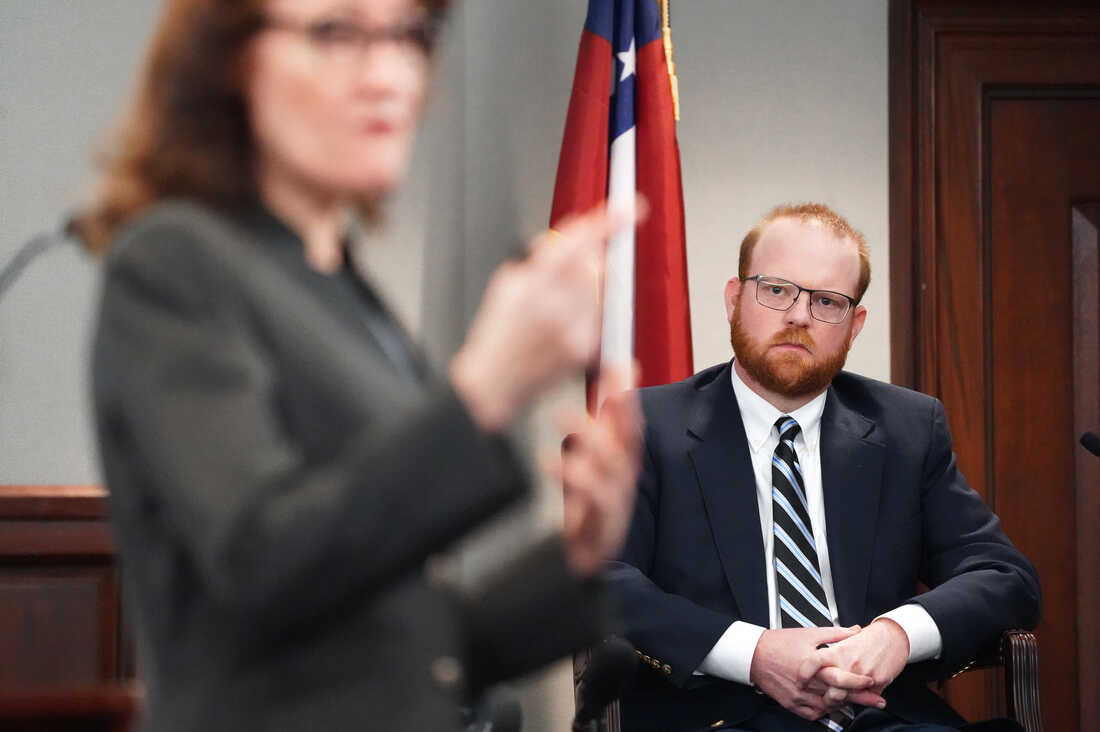 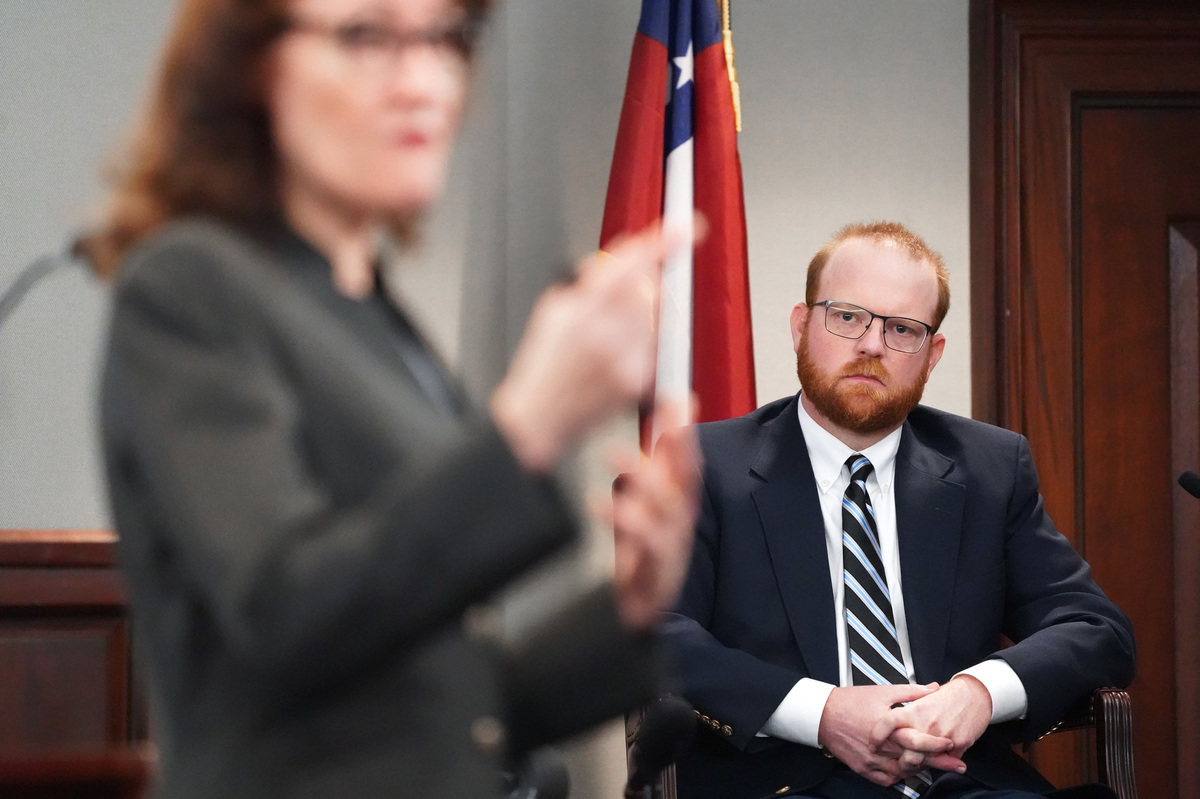 Travis McMichael took the stand in his defense for two days last week, but lawyers for Greg McMichael and Bryan did not call any witnesses in their defense.

Prosecutor argues defendants were not acting in self-defense

In her roughly hour-long closing statement, lead prosecutor Linda Dunikoski said the defendants initiated their encounter with Arbery and as a result, couldn’t claim they were acting in self-defense.

She also suggested the defendants had little evidence to believe Arbery had committed a crime before they initiated what they claimed was a citizen’s arrest under Georgia law. Defense lawyers have stated that their clients suspected Arbery after recent thefts in the neighborhood, though there has been no evidence presented that he stole anything.

“All three of these defendants made assumptions, made assumptions about what was going on that day,” Dunikoski said. “And they made their decision to attack Ahmaud Arbery in their driveways, because he was a Black man running down the street.”

Several times, Dunikoski urged the jurors to use their “common sense,” as she predicted that defense attorneys in their closing arguments would characterize Arbery as the aggressor and say the three defendants were merely defending themselves.

But she noted that Arbery was unarmed during the encounter and tried to evade the three defendants several times.

Travis McMichael was within his rights to shoot and kill Ahmaud Arbery during a fight, his defense attorney Jason Sheffield argued in his closing statement to jurors.

He said McMichael didn’t wake up that day intending to kill Arbery but only did so in self-defense after believing he was in danger.

“You are allowed to defend yourself. You are allowed to use force that is likely to cause death or serious bodily injury if you believe it’s necessary,” Sheffield said. “At that moment Travis believed it was necessary. This is a law that is for a person in Travis’s situation.”

Sheffield described the months leading up to the encounter. The neighborhood of Satilla Shores was “once idyllic” but started to change as neighbors reported break-ins and other suspicious behavior, he said. McMichael had even encountered Arbery in the neighborhood once before, Sheffield added, a meeting that left McMichael shaken.

It was with that knowledge that he and his father, Greg, grabbed their guns, hopped in McMichael’s truck and went after Arbery after he was seen in the neighborhood on Feb. 23rd.

Sheffield said McMichael had a right to detain Arbery until the police arrived, since he suspected him of having committed a crime.

“I think that if you’ve heard anything that I’ve said, there’s only one decision,” Sheffield said. “He is not guilty on all charges.”

What are the charges the defendants faces?

The June 2020 indictment accuses the men of using their pickup trucks to chase and assault Arbery before killing him with a 12-gauge shotgun.

Who are the defendants in the case?

Gregory McMichael, 65, worked in law enforcement for decades, including a long stint as an investigator for the district attorney’s office in Brunswick. After spotting Arbery, McMichael later told police, he grabbed his .357 Magnum pistol and told his son, “Travis, the guy is running down the street. Let’s go.”

Travis McMichael, 35, shot and killed Arbery with a 12-gauge shotgun after chasing him in his Ford F-150 pickup. He is a former member of the Coast Guard.

William “Roddie” Bryan, 52, is the neighbor who jumped into his Chevrolet Silverado pickup to help chase Arbery. He used his cellphone to record video of the final moments of the confrontation.

Ten weeks passed between Arbery’s death and the first arrests in the case, after a video of the killing became public.

Who are the judge, prosecutors and defense?

Superior Court Judge Timothy Walmsley is presiding over the trial at the Glynn County Courthouse. The Eastern Judicial Circuit judge was given the case after all five judges in the Brunswick Judicial Circuit recused themselves. Walmsley was appointed to the bench in February 2012.

Lead prosecutor Linda Dunikoski is the senior assistant district attorney in Cobb County, outside of Atlanta. She was put in charge of the case in April, after two local prosecutors recused themselves.

Defense attorney Kevin Gough of Brunswick has represented Bryan since his arrest. Attorney Jessica Burton of Atlanta is also on Bryan’s defense team.

'AGT': Simon Cowell Gets Emotional Speaking With Singer Nightbirde About Her Inspiring Music and Can...
It's so hot in Floridia, Sicily that snails are burning in their shells - Yahoo News
Peyton Manning delivers Tom Brady rib during Hall of Fame speech - New York Post