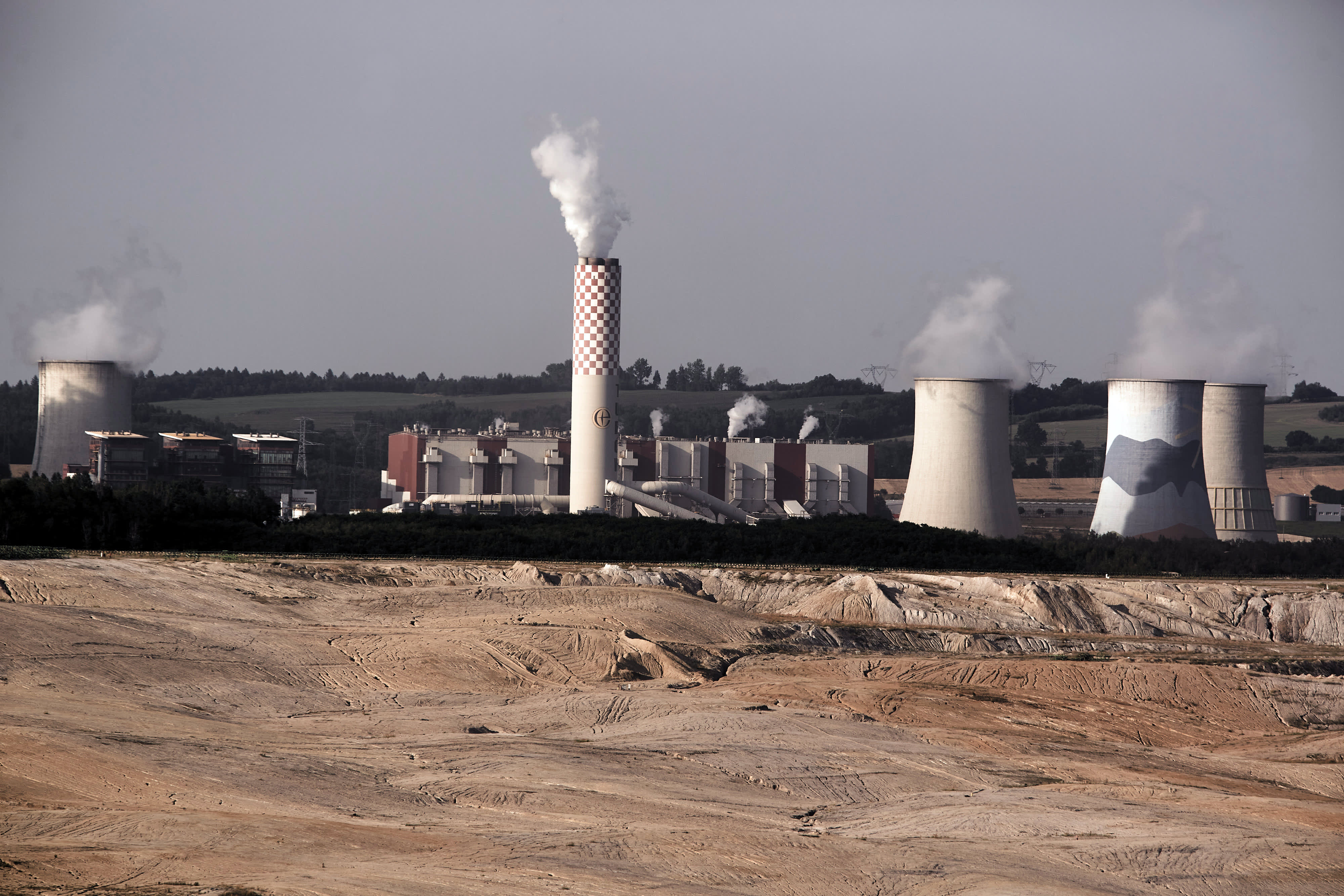 Vapor rises from the cooling towers of the Turow coal powered power plant, operated by PGE SA, in Bogatynia, Poland.

Surging natural gas prices have led to a jump in coal use, with plants in Europe and Asia firing back up as temperatures decline and the world grapples with worsening gas shortages.

TotalEnergies CEO Patrick Pouyanne on Wednesday stressed the need to achieve price stability, contending that lower gas prices will reduce the need to rely on the higher-polluting coal, but that the transition to cleaner energy has also created an imbalance in the market.

“High pricing is not good news — of course immediately for my company results are better, but for customers” is it not, Pouyanne told CNBC’s Hadley Gamble during a Russia Energy Week panel in Moscow.

Replacing coal with gas “is good for climate change, but to do that, we need to have a lower price,” the CEO said. “Because coal today is a king, because coal is cheaper than all the other sources of energy.”

“So for us today prices are too high. We have to find stability, going back to something more normal,” Pouyanne said.

He added that this is not merely a European gas crisis, but a global one, stemming from both a “huge hike in demand for gas from China and Asia,” as well as “more demand for gas because of energy transition, going from coal to gas, which is good for climate change.”

“So that is I think a lesson,” Pouyanne said. “Another is that the more we put renewables in our electric system, we put in intermittent sources which depend on the weather.”

Pouyanne, like many other oil and gas company executives, has noted the risk of renewables that rely on weather. Brazil, which has increased its reliance on hydropower, saw less rain this year, while other parts of the world that have invested heavily in solar and wind power saw less sun and wind.

“I think that this crisis in Europe has reminded us that energy is part of the lifeblood of society and that energy use is only going in one direction — and that is upwards,” Looney said. “We all understand that the sun doesn’t shine at night and the wind doesn’t always blow so we have that question of renewables’ intermittency to deal with.”

Talking about governments’ pushes to reduce fossil fuel production and use, Looney said: “At the end of the day, if supply goes away and demand doesn’t change, that only has one consequence, and that is an escalation in price rises. So I’m not suggesting that the onus needs to be put on customers or society, but this is a system, and both the supply and the demand side have to work together.”

Higher gas use due to colder weather earlier in the year “has lowered all the inventories on gas, and so we see today an exceptional circumstance,” Pouyanne said. “I think that after wintertime we should be able to come back to lower prices which would be good for everybody.”

Gas prices are surging to record highs in Europe. Power shortages are also impacting households and businesses across Asia, and have forced factories to shut down.

This has been brought on by supply shortfalls and the transition to cleaner energy, which has spurred higher demand for gas, considered a cleaner fuel. Demand is also rebounding from its Covid-induced slowdown as economies reopen and travel resumes around the world.

Other energy commodities including oil have also soared in recent weeks, with international benchmark Brent crude trading at $83.37 at 12:00 p.m. ET, its highest level since 2018 and up 64% since the start of this year.

U.S. benchmark West Texas Intermediate hit a seven-year high this week, and was trading at $80.63 at noon ET.

The spike in energy prices comes amid supply chain disruptions and a shortage of shipping containers, both of which have contributed to rapidly rising inflation.