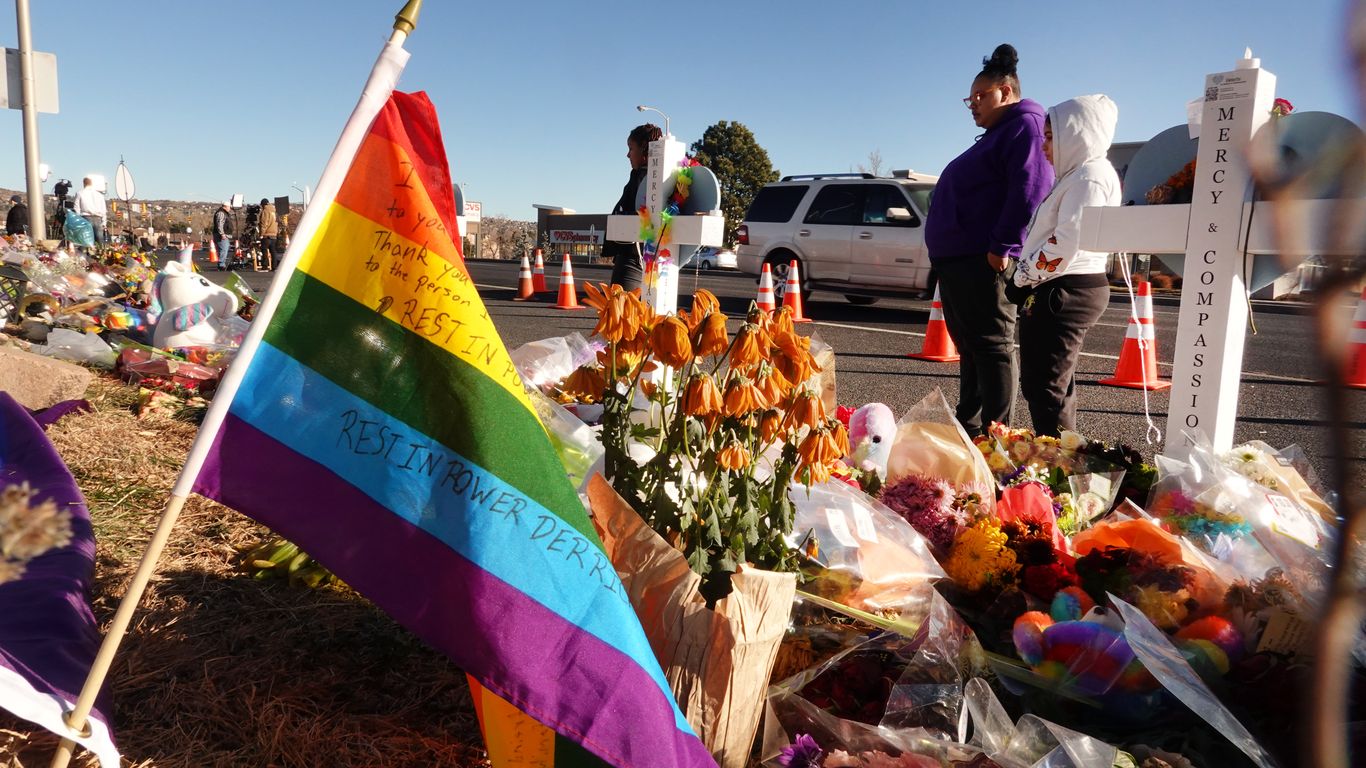 The public defenders for the suspect in the mass shooting at a Colorado Springs LGBTQ nightclub said in a Tuesday night court filing obtained by a New York Times reporter that their client is non-binary and uses they/them pronouns.

What we’re watching: Aldrich was due to make their first court appearance via video link from jail Wednesday, according to the Denver Post.

Editor’s note: This article has been updated with new details throughout.