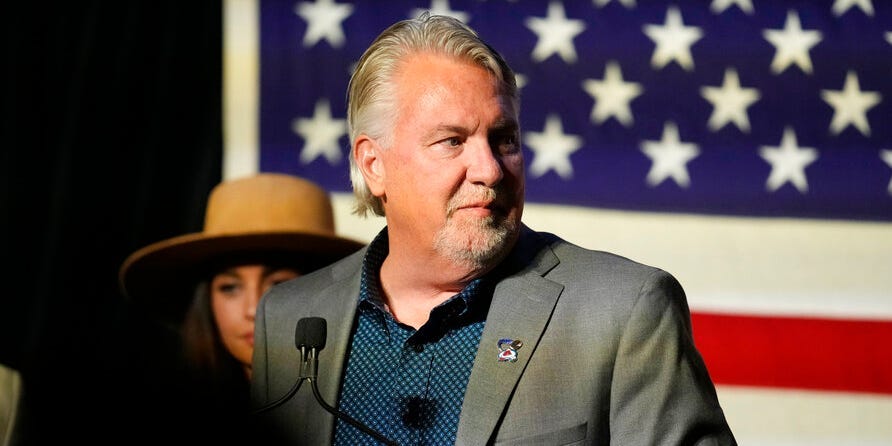 The Republican nominee for Senate in Colorado said on Friday that former President Donald Trump should not run for president in 2024.

Joe O’Dea, who is running as a center-right candidate, said on “The Ross Kaminsky Show” that he didn’t want the current commander-in-chief or Trump to run for the White House in 2024. O’Dea is vying for a seat in a state which in recent years has morphed from a conservative stronghold to Democratic-leaning swing state that backed President Joe Biden by 13 points in 2020.

“As far as Trump’s concerned, I hope he doesn’t run,” O’Dea said of Trump. “I don’t want to see him as president.”

He continued: “I think that seeing a Biden-Trump rematch again in 2024 would rip the country apart. I think a lot of people are ready to move our country forward. So, I wouldn’t support him running again.”

With regard to a Biden run, O’Dea, immediately dismissed the Democrat as “the worst president we’ve ever had.”

“Look, I don’t think Biden should run for president … we’re done with that,” he said.

During the interview, O’Dea stressed that the party had plenty of fresh faces that would be suitable contenders for the White House, naming Gov. Ron DeSantis of Florida, Sen. Tim Scott of South Carolina, and Nikki Haley, the former South Carolina governor and United States Ambassador to the United Nations.

“There’s a lot of great talent out there. We need to move this country forward,” he said.

O’Dea, a construction company executive, then said that the economy would be a major focus for him if he wins the election this fall.

“I believe we need a voice in Washington that’s going to support working Americans,” he added.