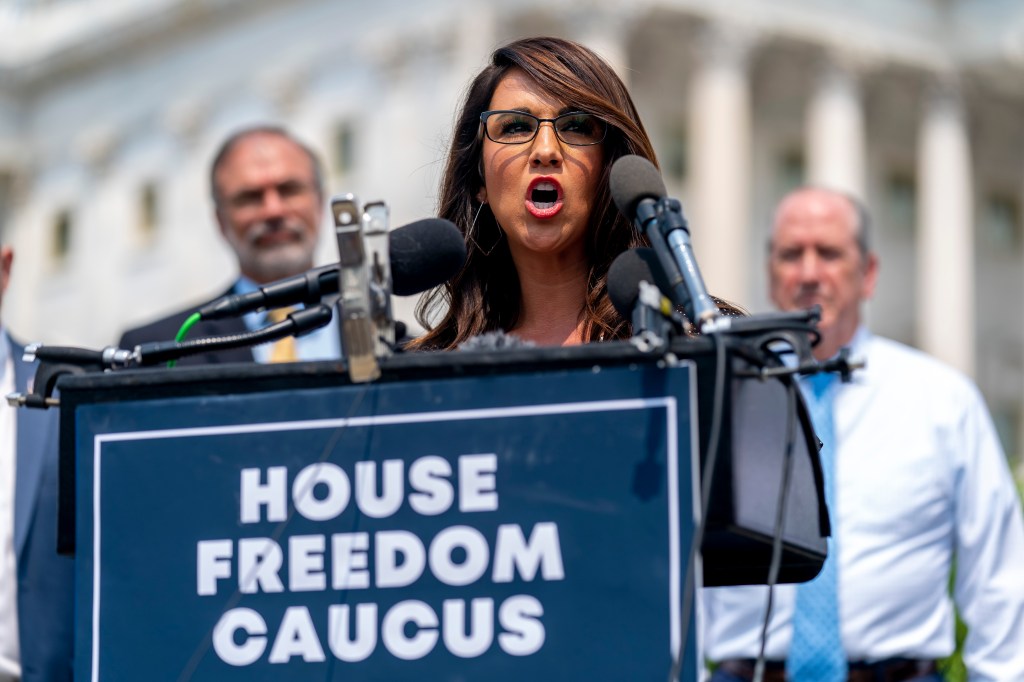 Colorado’s congressional mapmakers have put forth a plan that is both a significant realignment of the state’s political boundaries and likely to get members of Congress reelected next year.

The second proposed map — released the Friday evening before Labor Day weekend — has frustrated Coloradans from Fort Collins to Cortez who don’t like the district lines and pleased residents in Pueblo who do.

It also put U.S. Reps. Joe Neguse and Lauren Boebert into the spotlight again, and not just in Colorado, for the possibility of a 2022 showdown. The map placed the two politicians — alike in few ways but their millennial status — in the same district.

“Like it or hate it, this map would shake up congressional politics in Colorado,” said Alan Philp, a Republican who lobbies the Colorado Independent Congressional Redistricting Commission.

For all the changes the proposed map would bring to Colorado politics, it does not pose a serious electoral threat to any of the state’s seven U.S. House members. And as it stands, the likely result would be a 5-3 Democratic majority in Congress in 2023. The commission will meet Friday to debate the proposed map and consider amending it.

“As we’re learning, every map has some strengths and some weaknesses,” Commissioner Bill Leone, a Republican from Westminster, said during a meeting Monday. “There are tradeoffs with every map. This one’s no different.”

There are generally two ways to configure a map of Colorado’s congressional districts — and recently, that’s been an east-west configuration. One member of Congress represents the Western Slope, another represents the Eastern Plains and the other five districts are along the Front Range. A proposed map released June 23 used this configuration.

Neguse’s northern district would include his home in Boulder County’s Lafayette as well as the rural, conservative northwest.

“Boulder does not have anything in common with the Western Slope, so this would be devastating for both areas,” Montrose County Commissioner Sue Hansen told the redistricting commission Wednesday.

Alden Savoca, a small business owner and former vice chair of the Mesa County GOP, told the commission during Wednesday’s public meeting that Front Range residents “don’t know where our towns are. They don’t know what we do over here.”

Allen Maez, a rancher and chairman of the Montezuma County GOP, suggested during the meeting that the map was an attempt to cause hardship for Boebert by placing her Silt home in Neguse’s district.

The southern configuration has been popular in Pueblo and the San Luis Valley. Residents there told the commission this summer that the area’s worsening poverty and water problems are often ignored. In response, commission staff proposed a southern district last week.

“It will give us one voice down here in Congress,” Pueblo resident Breta Ross told commissioners Wednesday.

Sara Blackhurst, the CEO of Action 22, a nonpartisan group that advocates for southern Colorado, gave the configuration mixed reviews during an interview this week.

“I don’t think it’s the worst thing in the world. I don’t think the sky is falling with this map. It’s not what we originally asked for but in some ways it’s better.”

The other big change between the second proposed map and current district lines is the suggestion that Fort Collins should be moved out of Neguse’s district and placed in the Eastern Plains district currently represented by Republican Rep. Ken Buck.

Melanie Potyondy, a school psychologist in Fort Collins, said that would stifle her Democratic-heavy city.

“We have asserted time and time again our political preferences and deserve representation that values our progressive voice,” she told redistricting commissioners at a meeting Tuesday.

Kevin Pass, a dentist in Fort Collins, told the commission the move would be “a grave mistake.” And City Councilwoman Tricia Canonico said the state’s two major college towns should be represented by the same member of Congress.

Under the proposed map, Buck’s home in Windsor would be placed in the new 8th District, suggested as a swing district north of Denver encompassing parts of Adams, Larimer and Weld counties.

But Buck could run for the 4th District on the Eastern Plains, a reliably Republican area he represents now. His campaign did not respond to a request for comment.

“This map prioritizes the interests of the Denver metro … and targets the voices of rural Coloradans,” Colorado GOP chairwoman Kristi Burton Brown wrote to Republican Party activists last weekend. “The commission also chose to split up the Western Slope, despite the voices of the people who live there.”

But it’ll likely change — again. The redistricting commission must approve some version of a map by a two-thirds vote and send it to the Colorado Supreme Court by the end of this month.