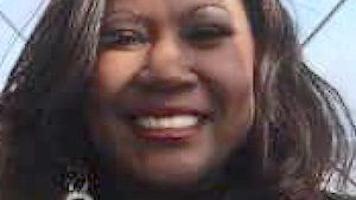 For decades, left-leaning crusades to solve the problems of the Black community have been either ineffective or outright harmful to the very people they were supposed to help. Critical Race Theory (CRT) is the latest and perhaps most dangerous example of this, and it must be opposed by everyone of conscience – and especially everyone of faith.

Self-described civil rights leaders herald CRT as a positive step forward. They appear to believe that tearing down statues and retelling history from a slavery perspective are prescriptions for healing past racial wounds. And they celebrate the inroads they’ve made into many K-12 public schools, universities, and even corporations such as AT&T and Walmart.

But is this wider acceptance of CRT really a victory?

Critical Race Theory isn’t helping to heal wounds from past discrimination and slavery, as its proponents like to claim. Instead, it’s creating new wounds.

For white Americans, CRT’s message is unrelentingly negative. It asserts that the entire white race is inherently racist and can never change. It’s like taking up a sport or a hobby only to be told that, no matter what you do, you’ll never get better.

For Black Americans, the message is even more corrosive – and quite frankly, racist. We are told we are helpless victims of white people and cannot possibly overcome their dominance without the government’s help. Why even attempt to learn and grow when we can’t escape this fate?

The CRT message is particularly damaging in schools, where it is aimed at impressionable children.

But perhaps the most destructive effects of CRT are seen in people of faith. This harm comes regardless of race.

The foundation of faith is redemption, but CRT casts that aside by preaching that many people are irredeemable. Without redemption, spiritual faith ceases to exist. Even self-improvement is apparently impossible since all the laws and institutions allegedly only create more racism.

Even the Black church, which was at the heart of the civil rights movement, is now considered racist by CRT proponents, who believe it exists only to spread more racism. For example, Protestants are oppressors and not even salvation can change them.

According to CRT, all of the advances of the civil rights movement were done to perpetuate racism. We know that many who marched with Dr. Martin Luther King Jr. had white skin and strong faith. King admonished Black people who distrusted white people because he acknowledged many of those whites saw their own freedom tied to the status of Black Americans.

CRT’s undercutting of faith and the King legacy shouldn’t be surprising, since the founders of CRT were atheists invested in tearing down our society. What is shocking, however, is that the movement has found so much acceptance in the churches that are ultimately the targets for repudiation and ultimate destruction.

Both my mother and best teachers emphasized that what I thought about myself was always more important than what others thought of me. They taught me that my self-worth comes from within and that it was up to me to develop positive images of myself and my value. That advice helped me always believe in my abilities and take responsibility for my own success.

And most importantly, as a person of faith, I was taught that it’s not about what happens to me but rather how I respond to the things that happen to me. My fate has always been in my hands; anything else would make my Creator unjust.

That is why people of faith need to recognize that the Critical Race Theory movement is an existential threat to our nation’s founding principles and must be stopped.

Donna Jackson is a member of the Project 21 Black leadership network. She wrote this for InsideSources.com.