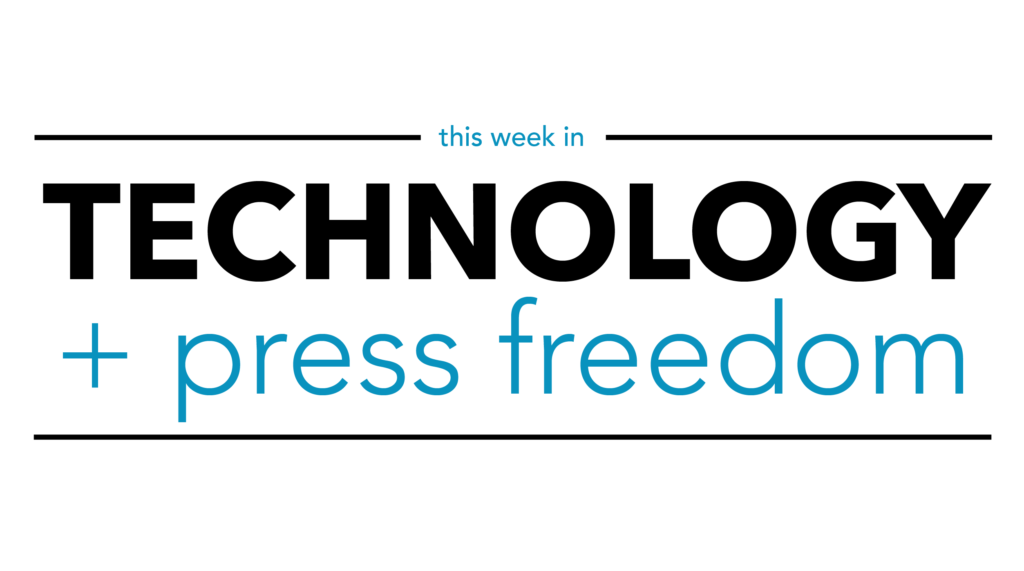 As readers of this newsletter know, restrictions on the use of drones can raise thorny First Amendment questions when their burden lands on drone journalism. We’ve previously highlighted a lawsuit in the U.S. District Court for the Western District of Texas — National Press Photographers Ass’n v. McCraw — that argues Texas has chosen to regulate drone photography in a fashion that discriminates against the press. Last week saw a new controversy over the use of drones bloom in the state, after the Federal Aviation Administration issued a Temporary Flight Restriction that temporarily grounded news organizations’ drones at the southern border.

A number of media organizations, including the El Paso Times, had been using footage from unmanned systems to document the federal response to the arrival of Haitian migrants planning to seek asylum. A statement from the FAA explained that Border Patrol “requested the temporary flight restriction due to drones interfering with law enforcement flights on the border,” but emphasized that media organizations could seek waivers from the ban. Several did, and drones for Fox News, among other news outlets, were cleared to start flying again within a day.

Infowars, though, filed suit to challenge the TFR and has asked a federal court for a temporary restraining order, arguing that the restriction amounts to a prior restraint on newsgathering. In court papers, the FAA maintains that the suit is meritless, pointing out that the agency quickly processed waiver applications from other outlets but Infowars had chosen not to apply for one.

The TFR, the FAA highlighted, prevents everyone from flying drones in the area, not just individuals engaged in newsgathering, and, for First Amendment purposes, the agency claims that the waiver process is “analogous to the well-established practice of requiring members of the press to obtain passes or credentials to report from secure locations.”

As of this writing, the court hasn’t acted on Infowars’ motion. The Reporters Committee hasn’t taken a position on the case, but we plan to keep an eye on any developments on these questions.

Like what you’ve read? Sign up to get the full This Week in Technology + Press Freedom newsletter delivered straight to your inbox!

The Technology and Press Freedom Project at the Reporters Committee for Freedom of the Press uses integrated advocacy — combining the law, policy analysis, and public education — to defend and promote press rights on issues at the intersection of technology and press freedom, such as reporter-source confidentiality protections, electronic surveillance law and policy, and content regulation online and in other media. TPFP is directed by Reporters Committee attorney Gabe Rottman. He works with Stanton Foundation National Security/Free Press Legal Fellow Grayson Clary and Technology and Press Freedom Project Legal Fellow Gillian Vernick.