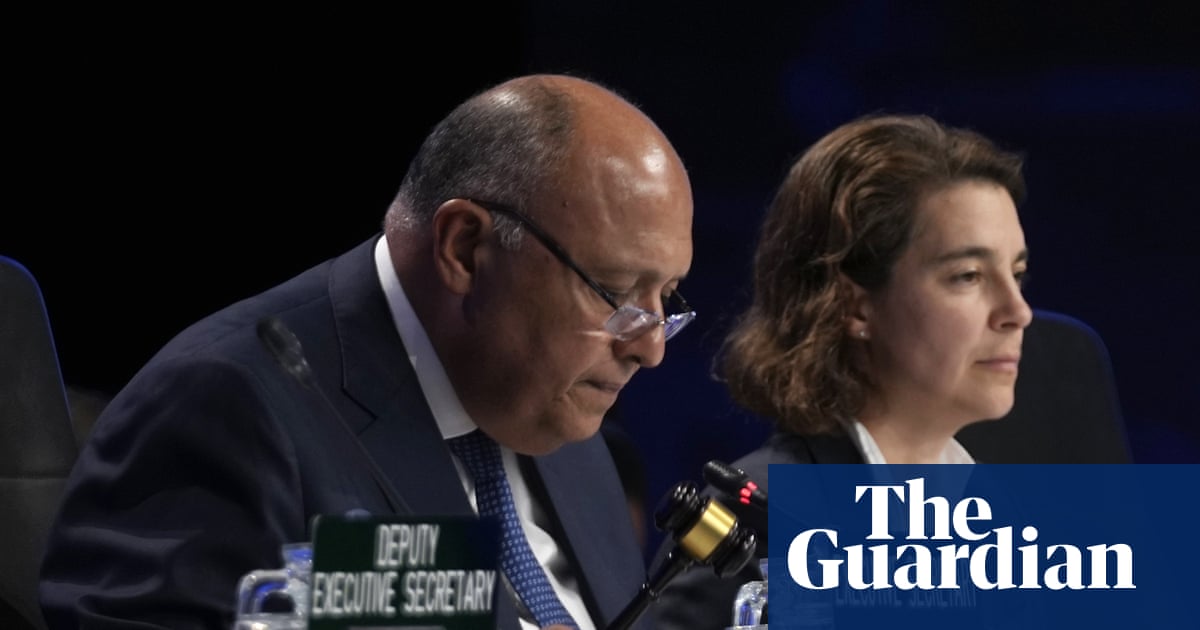 A historic deal to set up a “loss and damage” fund to pay poorer countries harmed by the impacts of the climate crisis has been agreed at a UN summit, capping a decades-long fight by climate campaigners and developing nations.

The decision marked a breakthrough at the climate negotiations, where for years developing countries have pressed wealthier nations to provide a form of compensation for the droughts, wildfires, floods and other escalating climate impacts they’ve faced because of the planet-heating emissions that have mostly come from the richest corners of the world.

There was exhausted applause as nearly 200 countries agreed to the new fund at the Cop27 summit in Egypt, with the loss and damage deal passed in a delayed meeting that started shortly after 4am local time.

“On African soil, the voice of the acutely affected communities were finally heard,” tweeted the Egyptian presidency of the Cop27 talks.

Wealthy countries, headed by the US, have long blocked the idea of a loss and damage fund due to concerns they will be held legally responsible for trillions of dollars in liabilities. But the new agreement makes clear there will be no legal liability, although other details of the fund will have to be hammered out by a new committee that will report back next year.

Sherry Rehman, the climate minister of Pakistan, which has suffered devastating floods this year, said she looked forward to the fund being fully operational to help those on the frontlines of the climate crisis. “The announcement offers hope to vulnerable communities all over the world who are fighting for their survival from climate stress. And gives some credibility to the Cop process,” she said.

As the two-week Cop27 talks drew to a close, the European Union said it consented to the idea of a loss and damage fund, although insisted that money should flow to the most vulnerable countries, not including China, which is still classed as such in UN climate talks. The US, a long-term opponent of such a fund, relented, opening the way for a moment that climate campaigners had hoped for when the issue was put on the agenda at the start of the summit.

The creation of the fund “has sent a warning shot to polluters that they can no longer go scot-free with their climate destruction,” said Harjeet Singh, the head of global political strategy at Climate Action Network International.

“From now on, they will have to pay up for the damages they cause and are accountable to the people who are facing supercharged storms, devastating floods and rising seas.

“Countries must now work together to ensure that the new fund can become fully operational and respond to the most vulnerable people and communities who are facing the brunt of climate crisis.”

The establishment of the fund comes with no money as yet and there is no guarantee that wealthy countries will fork out anything that is commensurate with the mounting costs of climate disasters in communities least able to cope with them. In 2009, world governments agreed that rich countries would provide $100bn a year in climate finance to developing countries by 2020, and yet this has yet to materialise.

However, the passage of the loss and damage fund at Cop27 has been hailed as a potential turning point in which the vast inequities of the climate crisis have been laid bare and acknowledged.

“This is a big win for climate justice that gives hope to the many millions in the Global South on the front lines of a rapidly worsening climate crisis not of their making,” said Rachel Cleetus, the policy director at the Union of Concerned Scientists.

Nabeel Munir, a Pakistani diplomat and chief negotiator for the G77 group of developing countries, told the Guardian: “It’s a historic moment. [It’s the] culmination of 30 years of work and beginning of a new chapter in pursuit of climate justice. A ray of hope for countries most affected by climate induced close and damage.”