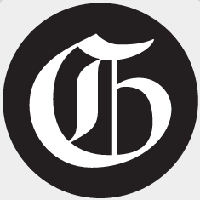 WASHINGTON • The Supreme Court is slated to settle whether state legislatures or state courts have the final determination for state election rules, raising significant concerns among some legal scholars about future presidential races if lawmakers are given unfettered authority over rules for federal elections.

In oral arguments over Moore v. Harper slated this fall, justices will weigh the merits of a North Carolina Supreme Court decision that determined that the state constitution prevents lawmakers from extreme partisan gerrymanders and ordered the districts to be redrawn.

The case comes not long after a 5-4 Supreme Court ruling in 2019, Rucho v. Common Cause, blocked federal courts from making decisions on whether partisan gerrymandering violates the U.S. Constitution, though it contended state courts are allowed to decide whether they violate state constitutions.

If the high court were to rule in favor of North Carolina, the decision could eliminate virtually all oversight of elections by state courts and give legislatures free rein to change voting rules and districts ahead of elections.

A leading Democratic election lawyer who worked as Hillary Clinton’s general counsel, Marc Elias, has played a critical role in previous lower court litigation, challenging measures enacted by Republican state legislatures that he decries as “new voter suppression laws to combat fraud that does not exist,” according to Elias’s July 6 op-ed for Democracy Docket.

Conversely, Republican lawmakers have defended the laws as election security measures that make it easier to vote but hard to cheat, such as laws existing in eight states, including Georgia, that require voter identification in order to cast a ballot.

A core element of Moore often promoted by conservatives is a lesser-known theory called the “independent state legislature doctrine,” which suggests that under the Constitution’s election clause, only the legislature has the power to regulate federal elections without interference from state courts.

The theory has been rejected numerous times by the Supreme Court over the years, though the formation of the 6-3 Republican majority in 2020 has led legal scholars to speculate whether the current slate of conservative justices would be willing to embrace it.

The doctrine is based on a stringent interpretation of the Constitution’s elections clause, which says:

“The Times, Places and Manner of holding Elections for Senators and Representatives, shall be prescribed in each State by the Legislature thereof.”

“In its strongest form, it would exclude a governor’s ability to veto an election bill.

In the case of North Carolina, Republicans are arguing that it excludes meaningful judicial review by a state court interpreting its own constitution,” Elias wrote.

Conservative former federal appeals court judge J. Michael Luttig argued, “The Supreme Court’s decision will be enormously significant for presidential elections, congressional elections and congressional district districting,” in a statement to the New York Times on June 30, the day the high court decided it would take up the case for the fall 2022 term.

The high court initially rejected an emergency injunction request by North Carolina Republicans in March, though Republican-appointed high court Justices Clarence Thomas, Samuel Alito, Neil Gorsuch, and Brett Kavanaugh dissented and said they would have taken up the case.

Their support signals a possible willingness to reexamine the legal precedent in Rucho, which considered such cases as “unjusticeable” for highly partisan reasons, preventing the highest court from weighing in on issues including gerrymandered election maps.

After the court took up the case in June, the Brennan Center for Justice warned a ruling in favor of North Carolina “could make it easier for state legislatures to suppress the vote, draw unfair election districts, enable partisan interference in ballot counting,” according to a recent tweet.

As for Elias, he claims “there is no legal theory that is more connected to Trumpism and the failed Jan. 6 riot than ISL,” referring to former President Donald Trump and his allies’ failed attempts after the 2020 election to convince state legislatures to disregard the Election Day result by appointing an alternate slate pro-Trump electors.

But despite concerns by progressive court watchers and moderate conservatives who see a danger in the high court’s eventual determination in the case, some scholars have downplayed claims that the court’s ruling would condone Trump’s theory to appoint an alternate slate of electors in a disputed presidential election.

This story expires at 9:26pm on Thursday November 3rd, 2022 and will be deleted.