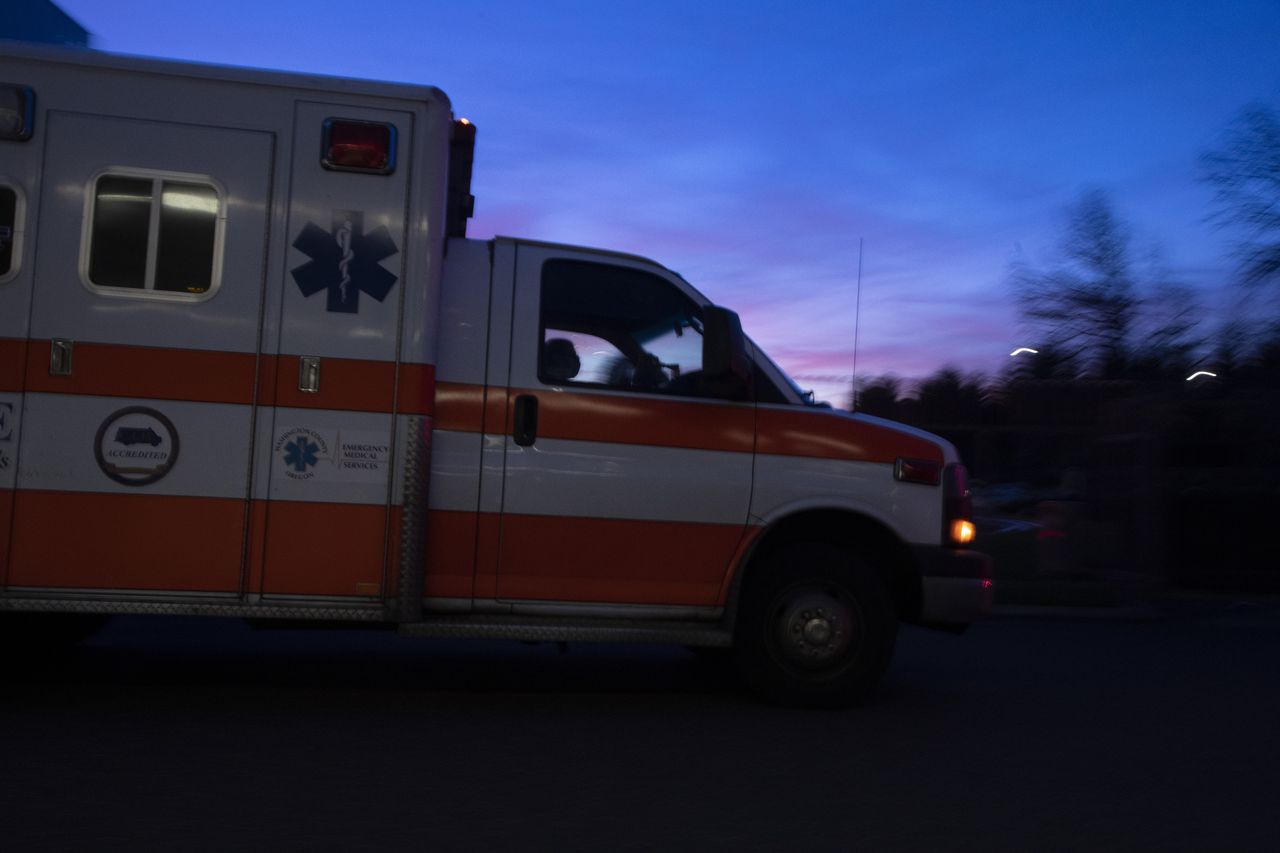 Asante and Providence Hospitals in Medford, Ashland and Grants Pass say they’re beyond capacity in the face of a flood of new cases of the Delta variant.

Officials from the counties’ health departments and local hospitals met Thursday morning for a press conference, where they painted a dire picture of what they’re seeing on hospital floors.

“If you come to our hospital for any reason, we might not be able to help you,” says Amanda Kotler, Vice President of Nursing at Asante. “We’re out of beds, our staff are stretched, and we have limited resources. We are trying, but we’re running out of options.”

The region’s hospitals say their emergency waiting rooms are crowded with up to 50 people at a time, and many people are having to wait up to six hours to be seen. Hospital staff are having to treat patients in hallways because they don’t have enough space.

“And that might get to the point where we’re utilizing cots in conference rooms, if necessary,” says Chief Medical Officer Jason Kuhl of Providence Medford Medical Center.

Jackson County Medical Director Jim Shames says during the week of July 4, there were 99 new cases. Last week, the county had a record high of 655 new cases.

On Thursday, the county reported 416 new cases in a single day.

“We have surpassed anything we’ve seen before in terms of this disease,” Shames says.

Shames says the health department isn’t able to keep up with case investigations, so it’s relying on patients to contact people if they test positive for the coronavirus.

The surge of serious coronavirus cases is also postponing treatments that people need for other diseases and emergencies, just as wildfire smoke has choked the region for several days straight, creating more patient needs.

“We’re having a lot of asthma exacerbations,” Kuhl says. “We have stroke patients. We have patients needing treatment for their cancers or their heart disease.”

“That’s 350 people that could be in pain or need life-saving treatment that have had to wait,” Kotler says.

“We are expanding right now, but I could tell you these last couple of weeks we’ve been floundering a little bit to meet the demand effectively,” Weber says.

“This is by far the worst we’ve seen since COVID began,” Weber says. “This is the worst condition our hospitals have ever seen. I don’t know that anyone could recall a time where we’ve had this much pressure on our health care system.”

Despite the influx in cases, Josephine County is still holding its county fair, which opened on Wednesday. It’s called on everyone to wear masks.

Shames says there have been 2,741 cases in Jackson County since July 4. Of all the people who were admitted to the hospital because of the coronavirus, about 5 percent were vaccinated.

“We have very effective tools to help the spread of COVID and protect our community: vaccination and masking,” Shames says. “Our vaccines are very safe, they’re very effective, and masks worn to protect each other from disease is a proven strategy to help turn this around. So please, do this for yourself and do it for all of us.”

Jackson County needs to vaccinate more people than any other county in the state in order to reach an 80 percent vaccine rate. About 57 percent of adults over 18 years old are vaccinated, according to state data. Still, local officials say less than half of all people eligible for the vaccine, including teens, are vaccinated.

The county on Tuesday night sent a request to state officials asking for help establishing a 300-bed field hospital where medical providers in Jackson and Josephine counties can divert non-critical patients. The counties’ largest hospital system, Asante, says it needs another 185 staff to meet demand, while Providence needs another 34.

The county’s request also asked for the ability to redirect 60 COVID patients to long-term nursing facilities — regardless of their age — where they can be monitored by nurses.

Asante has three hospitals in Jackson and Josephine counties and it accepts patients from surrounding rural areas. Its vice president of nursing, Kotler, says it’s had to deny 200 patient transfers.

That’s left areas like Curry County having to transfer patients to other states, including Idaho, California and Nevada.

During a separate interview with JPR, Curry Health Network CEO Ginny Williams says the hospital has had to transfer patients as far as Reno.

“We are definitely feeling the impact,” Williams says. “We too have limited numbers of staff. Protecting them is paramount to us.”

Williams adds that Curry County is also experiencing a surge in demand for rapid COVID tests. She says pharmacy shelves that were once full with take-home tests are now empty.

Williams expects that demand to increase when Brown’s mandate that nurses either get vaccinated or get tested weekly takes effect on Sept. 30. She wouldn’t say what percentage of the hospital’s workforce is vaccinated.

During the press conference, hospital representatives from Asante and Providence also didn’t say what percentage of their staff are vaccinated.

“The details of operationalizing something like that still need to be worked out,” Pizzi says.