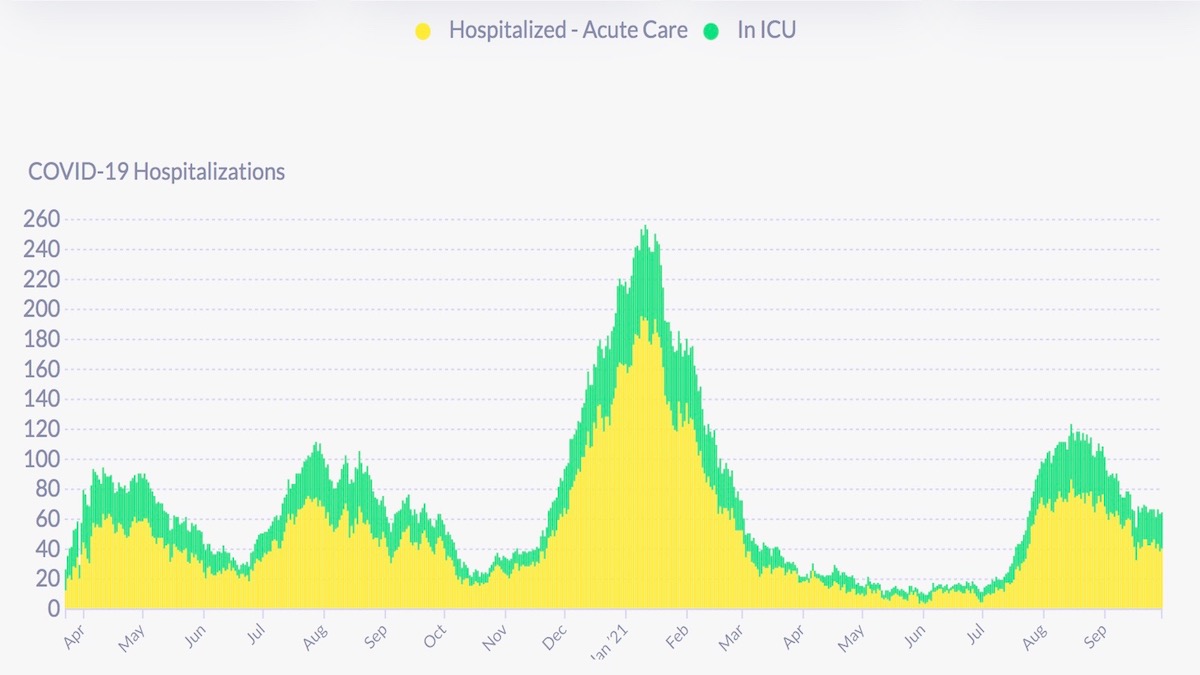 According to the U.S. Centers for Disease Control, states with higher vaccination rates have lower infection, hospitalization and death numbers.

And although no one knows exactly what “long covid” is (beyond prolonged symptoms), a study out of the UK shows vaccination, even among those infected, lowers the risk of long covid.

When carried out with intelligence, patience and empathy, employer vaccine mandates can work.

Ex-CDC director Tom Frieden has an interesting thread on the failure of Pfizer and Friends to transfer their vaccine technology, and (other than megaprofits), the potential consequences of inaction.

Stay in touch with our neighborhood.

In Portugal, essentially all eligible adults have been vaccinated, and although waning antibodies concern some officials, the Portuguese admiral who directed the vaccine campaign calls boosters “stupid.” “You cannot win just by vaccinating everyone in your own country,” he said. “The war ends after we give shots to everyone in the world.”

Scroll down for today’s covid numbers.

The U.S. Centers for Disease Control data used for the chart lags behind the data supplied from the San Francisco Department of Public Health. As of Oct. 2, DPH reports more than 80 percent of all San Francisco residents have received one dose, and 75 percent are completely vaccinated. New vaccinations, though low, keep on truckin’. On Oct. 2, the seven-day rolling average of shots per day was 236. For information on where to get vaccinated in and around the Mission, visit our Vaccination Page.

As of Oct. 1, DPH estimates approximately 90 percent of San Francisco’s Pacific Islander and Native American populations,  82 percent of Latinxs, 81 percent of Asians, 70 percent of Blacks and 68 percent of Whites have received at least one dose of The Vaccine, DPH does not calculate Multi-racials or others.

From a peak of 6.2 percent, the 7 day rolling Citywide positivity rate has dropped approximately 75 percent, to its lowest level since July 5.

Covid-related deaths in San Francisco are always difficult to figure. DPH added 6 more deaths in September, for a monthly total of 25 so far, bringing the cumulative covid-related death toll to 636. According to DPH, over half of deaths were among persons over the age of 80 and nearly all are over the age of 60, and less than 3 percent had no known underlying condition. DPH continues to count only 11 deaths of fully vaccinated San Franciscans “that are due to complications from COVID-19.”

Covid R Estimation raised its most recent San Francisco R Number to .92 while lowering its estimate for the California R number to .75. In contrast, the ensemble  lowered its average  San Francisco  R Number back to .75 while raising its California average to .8. All models in the ensemble continue to show the local and state rates of transmission below 1.

CDC warns that delta variant is as contagious as chickenpox and may make people sicker than original...
Some in US getting COVID-19 boosters without FDA approval - Associated Press
Greece's entire artistic swimming team is out of Tokyo Olympics because of COVID cases - USA TODAY