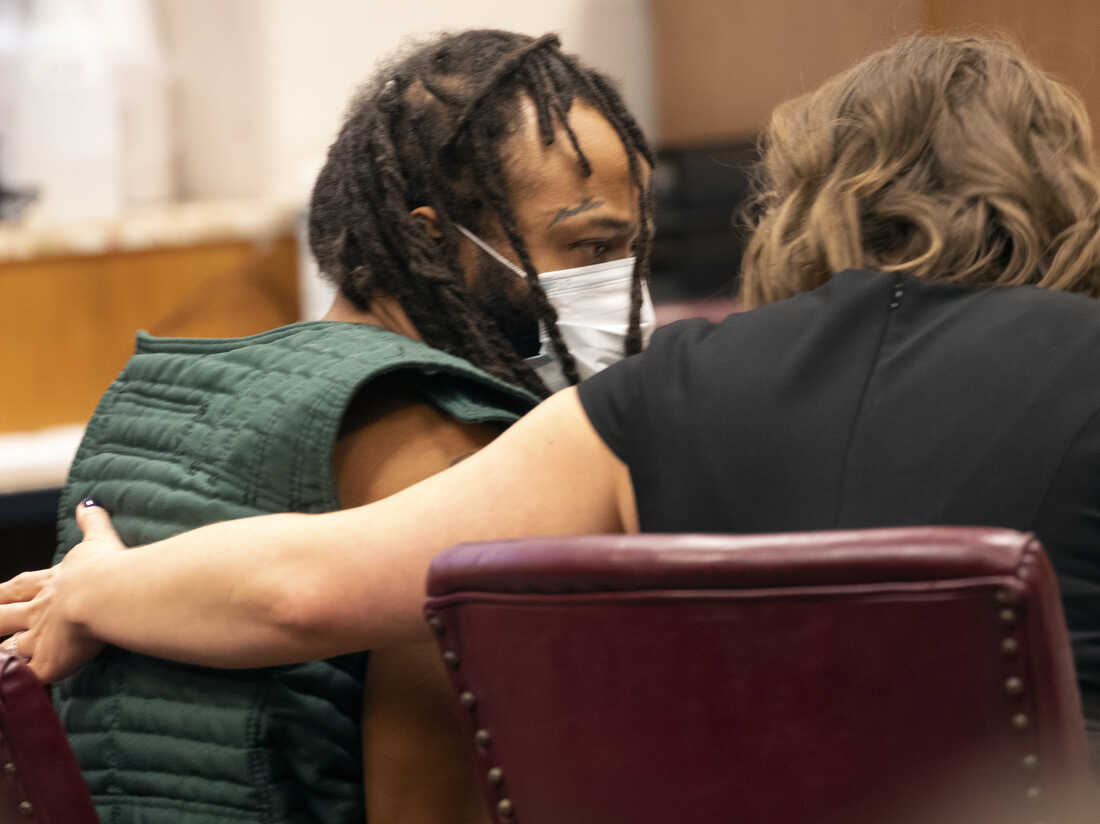 Darrell Brooks, left, speaks with a lawyer during his initial appearance, Tuesday, Nov. 23, 2021 in Waukesha County Court in Waukesha, Wis. Brooks is charged with intentional homicide after SUV was driven into a Christmas parade. Mark Hoffman/AP hide caption 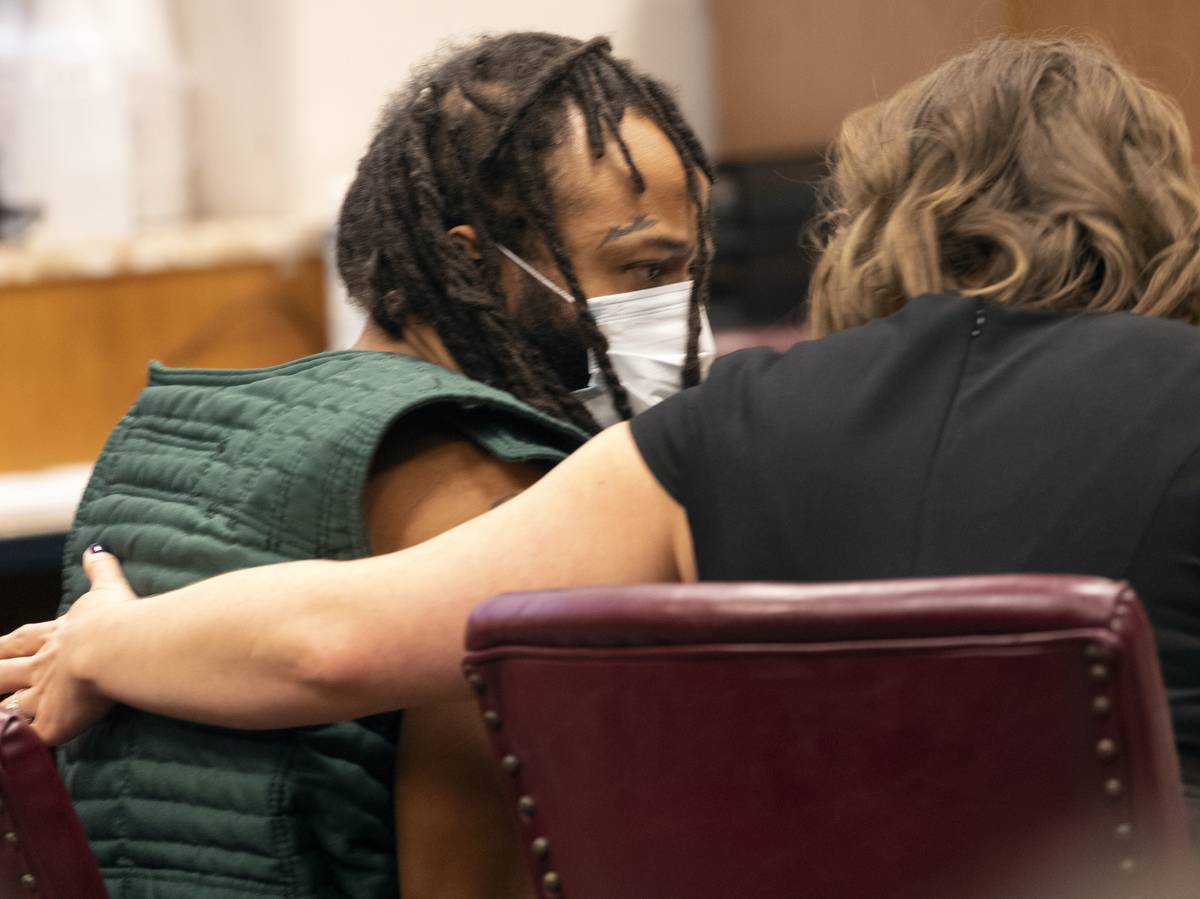 Darrell Brooks, left, speaks with a lawyer during his initial appearance, Tuesday, Nov. 23, 2021 in Waukesha County Court in Waukesha, Wis. Brooks is charged with intentional homicide after SUV was driven into a Christmas parade.

Darrell E. Brooks, Jr., has become the poster boy for the backlash against bail reform.

The 39-year-old faces at least six counts of homicide for allegedly driving his maroon Ford Escape through a holiday parade in Waukesha, Wisc. on Sunday evening — only two weeks after being released on $1,000 cash bail for another act of vehicular aggression, in which he allegedly ran over a woman during an altercation.

“FREED DEMON” is how the tabloid New York Post cover headline put it on Tuesday, along with an editorial titled “Deadly result of progressive arrogance on bail reform.”

Conservative analysts are pointing fingers at John Chisholm, the District Attorney of Milwaukee County, where the earlier incident happened. Chisholm, who took office in 2007, has been identified with the recent wave of “reformist prosecutors” who pledge to reduce incarceration and pre-trial detention — which can mean lower bail.

But in a statement on Monday, Chisholm called the $1,000 cash bail “inappropriately low,” and promised an internal review of why his staff asked for that amount.

Besides the cash bail, Brooks’ Nov. 5 release was also contingent on his supervision by JusticePoint, a company that contracts with several county court systems in the region to monitor defendants awaiting trial. The company has been accused of failing to do its job by the MacIver Institute, a local conservative think tank. It didn’t return messages from NPR requesting comment.

Simple logistics may also have played a role in Brooks’ release.

“Milwaukee County, Waukesha County, Dane County — some of the more populated counties — were really backlogged,” says Erika Bierma, a criminal defense attorney with Axley Brynelson, LLP. “A lot of courts in the populated counties may have re-evaluated bond decisions in a way that they wouldn’t have done, pre-COVID.”

Similar patterns have played out across the country during the pandemic, as courts sought to reduce jail crowding even as they struggled to catch up on delayed trials. In February, Brooks was released on $500 bail on an earlier set of charges, when the overbooked court system wasn’t able to comply with his constitutionally-guaranteed right to a speedy trial.

Reform activists have welcomed the recent decline in jail populations, and they hope the trend continues.

“We can’t continue with a a system that’s unsustainable and unjust in its over-reliance on incarceration,” says Whitney Tymas, a former prosecutor and founder of the group Black Women Forward. Her group recently commissioned a report lauding 19 “reformist prosecutors” — a list that includes Milwaukee’s John Chisholm — for trying to reduce incarceration.

At the same time, she recognizes the anger generated by cases such as Brooks’.

“This is a terrible, terrible tragedy,” she says.

The backlash is also powered by the nation-wide increase in certain kinds of crime. Some police have blamed looser pre-trial release for a wave of shootings in New York, and complaints of impunity for quality of life crimes in San Francisco have set the stage for a recall election for the reformist District Attorney, Chesa Boudin. Experts argue about the link between reduced incarceration and rising crime.

“If the local jail is an inferno of death and disease, and prosecutors and judges are over-charging and over-detaining,” he says, “in general our media and our voting public will be forgiving of that. But if one incident happens — one heinous thing happens — with someone who was released pre-trial, the papers will pick that up and the judge fears that they’re going to hear about that come election time.”

At the same time, there has been some agreement in recent years between criminal justice experts on the left and right about the fact that cash bail leads to financial discrimination — trapping the poor in jail, while the rich can pay to get out.

“Irrespective of one’s ability to secure their release financially, what should drive pre-trial release decisions is risk to the community,” says Rafael Mangual, who researches policing and public safety at the Manhattan Institute.

To Mangual, the tragedy in Waukesha is not so much that Brooks’ cash bail was too low, but that the system was ready to release him for any amount of money.

“I think incarceration, both pre-trial and post-conviction, carries with it significant benefits, in the form of incapacitation of serious offenders,” Mangual says. “We are pushing the envelope and risking an over-correction in the direction of leniency, and that’s not going to be good.”