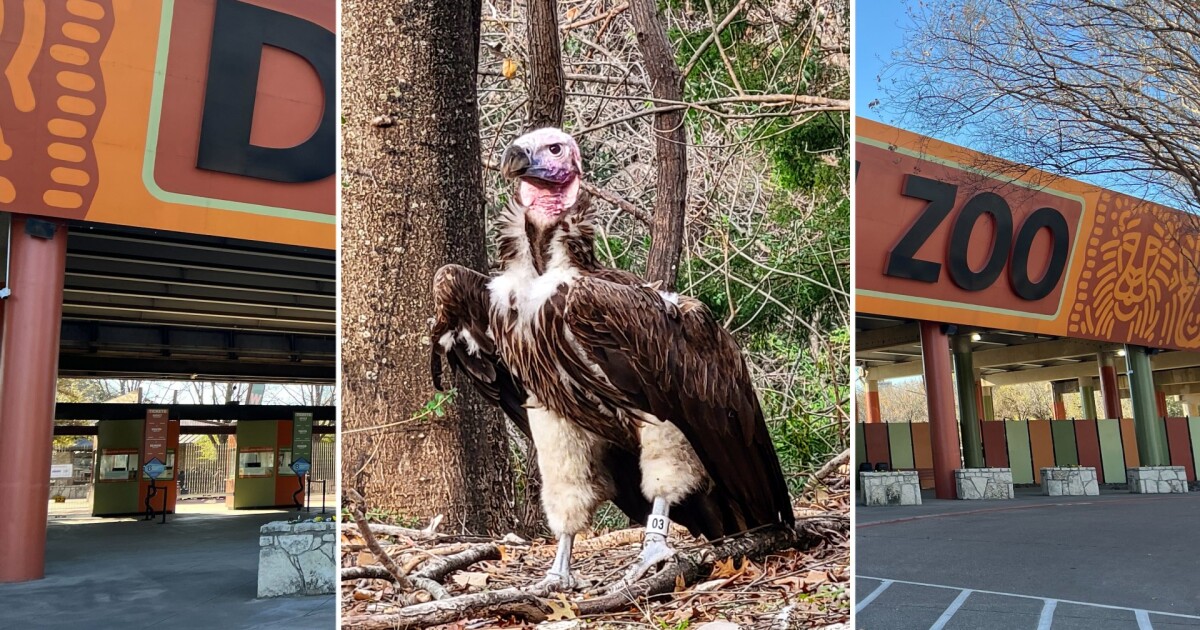 The Dallas Zoo is offering a $10,000 reward to anyone who can provide information leading to the arrest of a person they say is responsible for a string of recent animal-related crimes — including the death this weekend of an endangered vulture.

Dallas police say the male lappet-faced vulture, named Pin, was found dead in its enclosure Jan. 21. They are investigating the bird’s death as suspicious, and a necropsy will be conducted on its body.

Dallas Zoo CEO Gregg Hudson said at a Monday press conference that the vulture was found wounded. Asked by a reporter whether the bird was shot, Hudson declined to comment.

“We’re going to continue to expand and implement whatever it takes for the safety and security measures of the animals, the staff and the people that live near the zoo,” Hudson said.

Pin arrived at the zoo 33 years ago, though zoo officials believed him to be at least 35 years old. The bird was one of four lappet-faced vultures at the zoo. Two males and one female remain, the zoo said. The species of vulture is native to Africa and parts of the Middle East.

The zoo said the birds are part of a “small, very rapidly declining population,” with the International Union for Conservation of Nature considering them approaching “critically endangered.”

Harrison Edell is the vice president of animal care and conservation for the zoo. He said Pin was beloved by those who cared for him.

“We’re also really disturbed by the idea that someone might have intentionally done this,” Edell said.

This is the third incident involving animals at the Dallas Zoo in the past two weeks.

Just over a week ago, the zoo closed after a clouded leopard named Nova went missing the morning of Jan. 13. She was later found safe that afternoon near her original habitat, but police said it appeared the fence to her enclosure had been intentionally cut open. It was later discovered that a langur monkey habitat also appeared to have been tampered with.

The zoo said it added more cameras and overnight security patrols after Nova’s disappearance to ensure the safety of the animals and staff.

Mayor Pro Tem of Dallas Carolyn King Arnold said Monday officials are not only trying to protect those inside the zoo, but those in surrounding neighborhoods.

“It’s hard for folks to understand just what the loss means when folks work day-to-day with the residents — I call them residents here, the animal family — but this is a very, very serious concern that we have so that we will not see a repetition,” Arnold wrote in a statement.

KERA News is made possible through the generosity of our members. If you find this reporting valuable, consider making a tax-deductible gift today. Thank you.