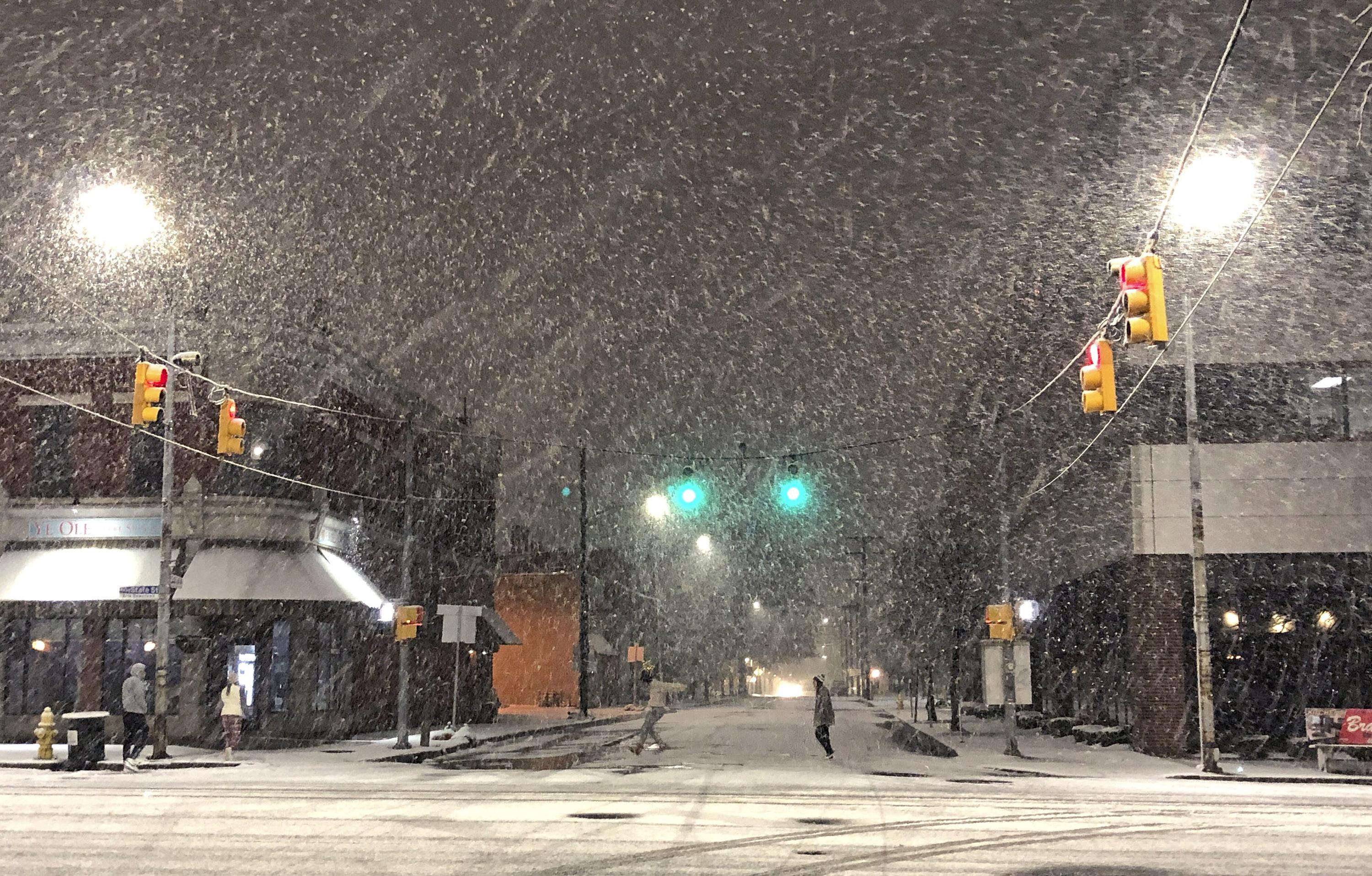 BUFFALO, N.Y. (AP) — A dangerous lake-effect snowstorm paralyzed parts of western and northern New York on Friday, with nearly 2 feet (0.61 meters) of snow already on the ground in some places by midmorning and possibly much more on the way.

The worst snowfall so far was south of the city. The National Weather Service was reporting more than 2 feet of snow in many places along the eastern end of Lake Erie, with bands of heavier precipitation bringing nearly 34 inches (86 cm) in Hamburg, New York.

Schools were shuttered. Amtrak stations in Buffalo, Niagara Falls and Depew closed Thursday and will stay closed Friday. Numerous flights in and out of Buffalo Niagara International Airport were canceled.

Even before the snow began falling, the NFL announced it would relocate the Buffalo Bills’ Sunday home game against the Cleveland Browns to Detroit. Orchard Park, where the teams plays, had seen 2 feet (61 cm) fall by midmorning Friday.

A car carrying a TV news crew reporting on the storm got stuck early Friday and had to be pushed out of the snow by onlookers, WGRZ reporter Alexandra Rios said on Twitter.

“Our car got stuck after our 4:30a live shot,” Rios tweeted. “Then, at one point about 6 people gathered together to help us out.” She said they told her that Buffalo residents “always come together when someone is in need.”

Snowfall totals were expected to vary widely due to the peculiarities of lake-effect snow, which is caused by frigid air picking up copious amounts of moisture from the warmer lakes. Parts of New York farther away from the lakes were expected to get little or no snow at all.

New York Gov. Kathy Hochul declared a state of emergency Thursday for parts of western New York, including communities along the eastern ends of Lake Erie and Lake Ontario. Hochul’s state of emergency covers 11 counties, with commercial truck traffic banned from a stretch of Interstate 90.

Erie County Executive Mark Poloncarz issued a driving ban beginning Thursday night, shortly after heavy snow punctuated by thunder and lightning moved into Buffalo. The ban on nonemergency vehicles on roadways was downgraded to an advisory for the city of Buffalo on Friday, but the ban remained in effect in some other parts of the county, Poloncarz said. The most intense snowfall was expected to last through Friday evening, with more falling on Saturday into Sunday.

The weather service also warned of accumulations of 2 feet (0.6 meters) or more of snow in northern New York on the eastern edge of Lake Ontario, and in parts of northern Michigan through Sunday. Parts of Pennsylvania also were seeing accumulations of lake-effect snow.