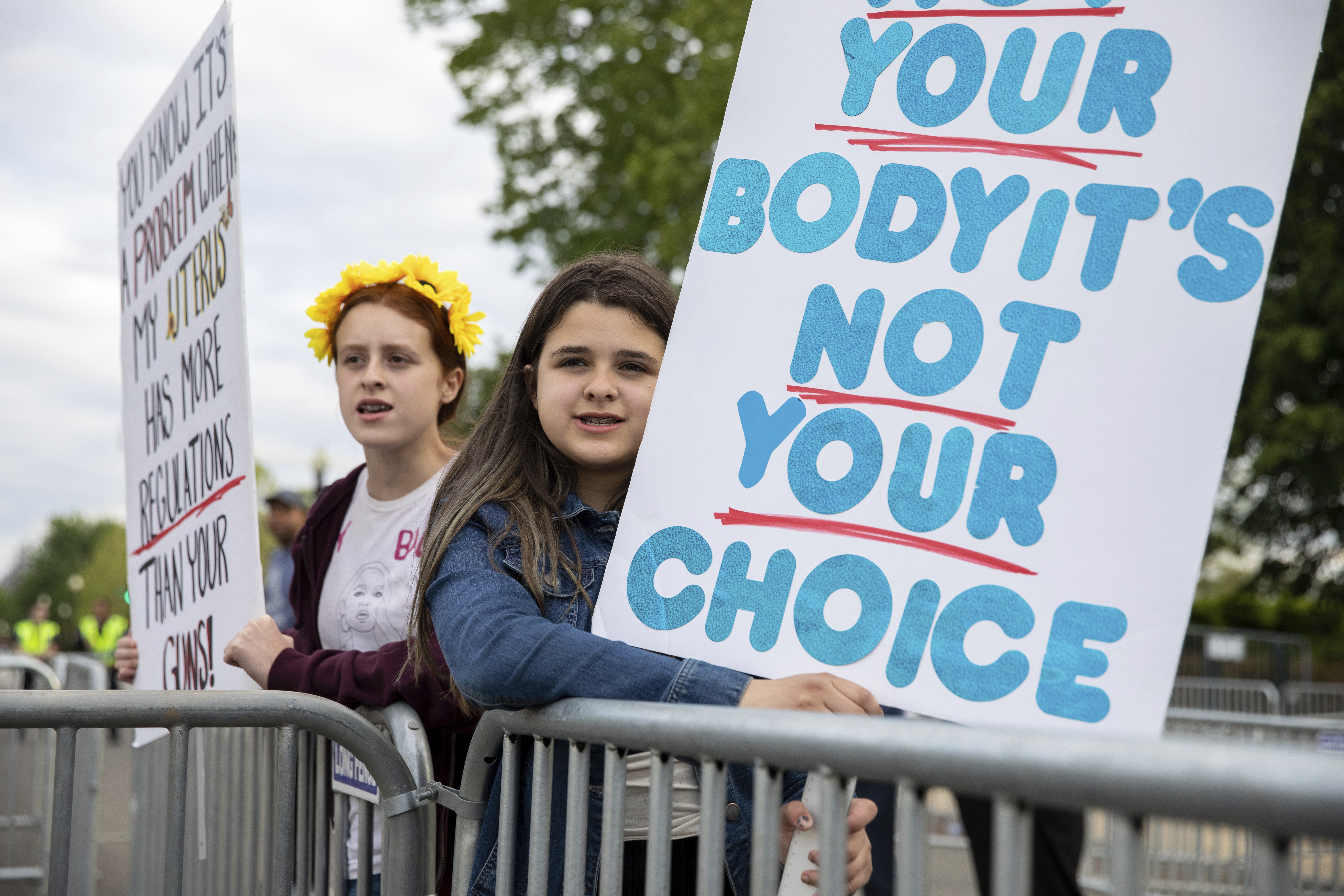 “We don’t have a pro-choice majority in the Senate. Even if we did, we certainly don’t have 60,” said Sen. Tina Smith (D-Minn.). “This fight gets carried now out into the community. And there’s going to be big demonstrations, I think, around the country … That’s sort of the reality of where we are.”

Senate Democrats have raced to use the tools at their disposal to force Republicans to go on the record against abortion rights rather than trying to seek the sort of centrist compromise they embraced on infrastructure. That approach ended in a bitter reminder Wednesday that they don’t even have 50 votes for their signature abortion-access bill, let alone the 60 needed to bust a filibuster.

And on both sides of the Capitol, Democrats are warning there’s no further path to legislating on abortion without a dramatic shift in their precarious power next year — one that requires a historic reversal of the political headwinds.

“It’ll go to the midterms. I can’t see another way,” House Judiciary Chair Jerry Nadler (D-N.Y.) said, even as he added that Americans “have to put pressure on the Senate.”

While Democrats are counting on the expected reversal of Roe to motivate voters in November, they know they’ll have to work to maintain attention on the court’s opinion over the next six months. Many lawmakers and senior aides admit it could be hard to keep the faith of a frustrated base that wants to see more concrete abortion action before heading to the polls.

“The ballot box is the most powerful weapon we’ve got, but there’s a lot of work to be done between here and there, ” said Sen. Elizabeth Warren (D-Mass.).

Senate Democrats insisted in interviews that they would likely hold more floor votes to keep reminding voters about the potential Roe ruling, but it’s not clear what exactly they would bring up. Some have suggested more narrow legislation could be considered — a bill to codify Roe solely, for example, versus the party’s broader proposal to protect abortion access.

Some Democratic lawmakers have also privately discussed whether to force other abortion votes before November, such as putting Republicans on the spot on whether they support enshrining the right to an abortion in the case of rape and incest.

But additional floor votes could also highlight the limits of Democrats’ ultra-slim majorities and, in the process, further aggravate voters who already vaulted the party to power in Washington two years ago and have been disappointed in the lack of action.

With those limits in mind, two senators have been working on their own bipartisan solution. Sens. Tim Kaine (D-Va.) and Susan Collins (R-Maine), among only a few in the GOP who support abortion rights, are discussing ways to codify both Roe and a more recent case, Planned Parenthood v. Casey, despite the tough odds in the Senate.

“It’s hard to imagine 60 members of the Senate voting to sustain Roe v. Wade after what happened yesterday,” said Senate Majority Whip Dick Durbin (D-Ill.). “We certainly hope that voters get the message of which party is on their side.”

In addition, Democrats are discussing hearings and roundtables to highlight the effect of reversing Roe. Others suggested they would focus on privacy concerns for women who search online for abortion clinics. And they plan to continue highlighting public opinion on the issue, including a recent Monmouth poll where abortion ranked second, after economic policy, when it came to top issues for voters.

But uncertainty continues to cloud a central piece of Democrats’ strategy on abortion: messaging. Ten days after POLITICO first reported on a draft majority opinion overturning Roe, they don’t yet agree on how best to talk about the highly complex and emotional issue to voters.

A group of House Democrats are leading a push to modernize the party’s language on abortion, some of which has remained the same since Roe came before the Supreme Court 49 years ago. In recent guidance to Democratic offices, the Pro-Choice Caucus urged members to use the word “decision” instead of “choice” — a pivot urged by activists who argue not everyone has the “choice” to seek an abortion.

Those attempts to update Democrats’ rhetoric have vexed some in the party, who worry that now is not the time to be rebooting their abortion message and risk confusing — or worse, alienating — their own voters.

Other Democrats, however, say the party needs to talk differently about the issue and that they’d rather see the Democratic party attempt to reclaim the “pro-life” mantle that’s been adopted by abortion rights opponents. And they say the party already started moving away from “rare” and “choice” to describe abortion.

Democratic leaders are intensifying their focus on a unified approach to communicating the urgency of the threat to Roe. House Democrats’ messaging arm, for instance, has planned a meeting to discuss “data-tested” messaging with speakers from the National Women’s Law Center, NARAL and others — attention to detail that illustrates the high stakes of the issue.

It’s not just Congress focused on abortion rights. White House officials are actively seeking more ways to help protect access, according to multiple people familiar with the discussions who spoke on condition of anonymity. Senior women in the Biden administration, for instance, joined a call with multiple Democratic lawmakers this week to discuss next steps.

During that call, Rep. Judy Chu (D-Calif.) said she specifically asked Biden’s team to use his presidential powers to do whatever he can leading up to the Supreme Court’s expected June decision, noting that his team is researching multiple options.

“I feel that we need to have other executive actions, especially leading up to the June decision,” Chu said in an interview, adding that the officials understood the urgency to have something in place by next month. “I feel confident they could come up with something.”

Still, Chu agreed the path forward is a political rather than policymaking one — echoing Sen. Catherine Cortez Masto (D-Nev.), one of several vulnerable incumbents who are painting themselves as a post-Roe firewall against Republicans who want a national abortion ban.

“The next steps are to elect pro-choice Democrats in this election,” Cortez Masto said. “We clearly know the Republicans are going to continue down their path of drafting federal legislation … that restricts abortion across this country.”