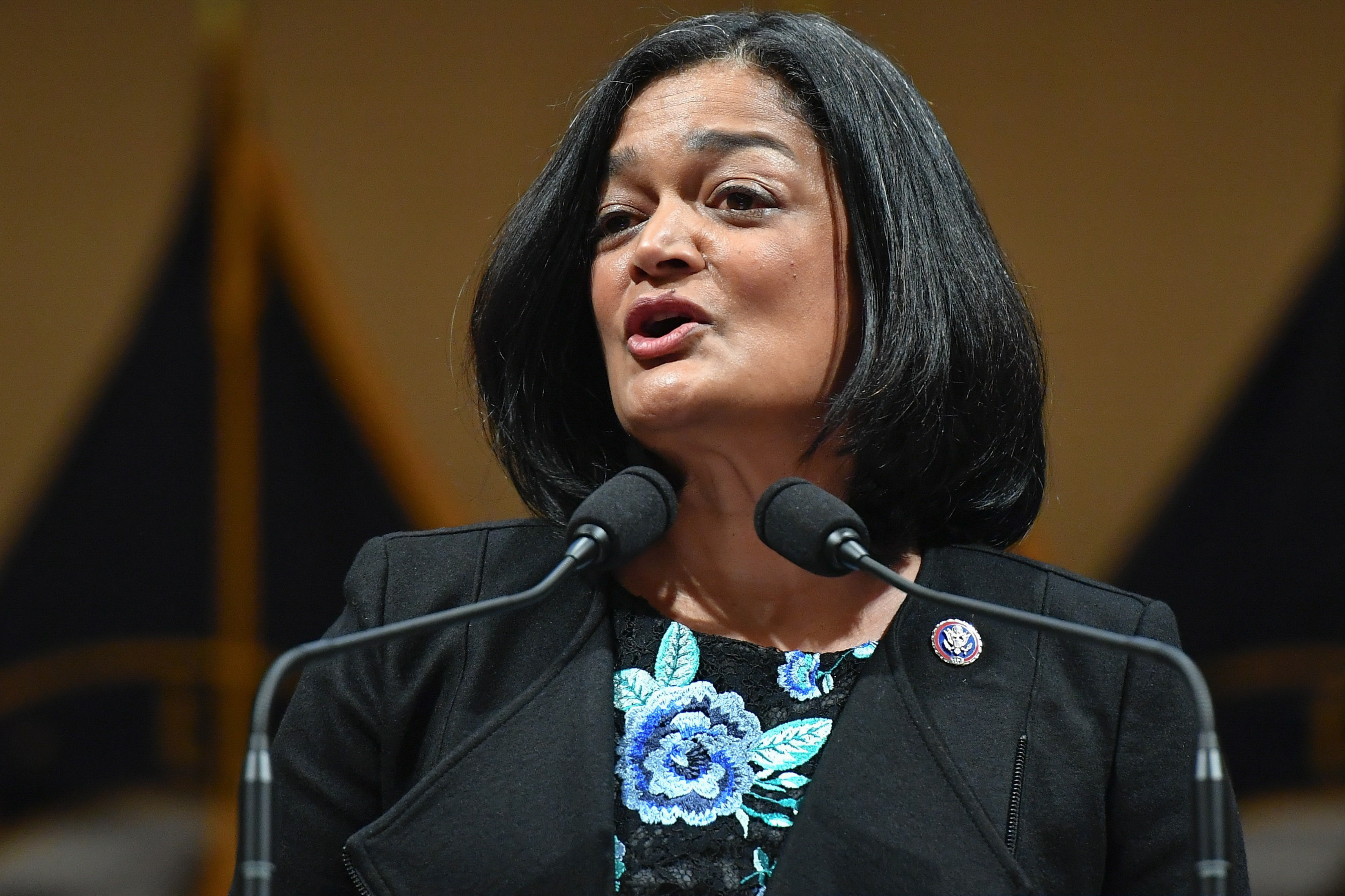 Their rise was set up when the current top three House Democratic leaders announced Thursday that they would step aside, with the current No. 3 leader, Majority Whip Jim Clyburn (D-S.C.), even endorsing the new leadership trio. House Majority Leader Steny Hoyer (D-Md.) endorsed Jeffries in a letter to Democrats announcing his own decision to step back.

Jeffries, Clark and Aguilar haven’t yet officially declared their bids for leadership positions, and other candidates might still emerge. But Thursday’s movements, as lawmakers depart for the Thanksgiving recess, capped drawn-out machinations within the House Democratic caucus as members planned for a potential future without their current longstanding leaders.

“Taking it day-by-day right now,” Jeffries told POLITICO on Thursday, declining to say when he would make his expected bid for the top position official or whether it would come by the end of the week. Within hours of House Speaker Nancy Pelosi’s announcement, though, Jeffries was continuing to huddle with fellow Democrats in the Capitol as he worked to secure votes across the caucus.

Pelosi was expected to step down from leadership after the midterm elections, but the attack on her husband Paul Pelosi and Democrats’ better-than-expected showing complicated her decision. Meanwhile, other ambitious lawmakers had quietly maneuvered to lock up support for caucus-wide bids.

The stress-free succession that ultimately materialized has senior Democrats sighing a breath of relief.

“We want to come across as mature leaders of the nation, so we don’t need any fighting and screaming and name-calling. I think the best way to start off the new Congress is to have a Democratic Caucus that is not engaged in pettiness and hostility toward each other,” said Rep. Emanuel Cleaver (D-Mo.).

House Democrats’ leadership elections are still scheduled to begin on Nov. 30, where they’re set to select their new slate of leaders and consider any potential changes to their rules — such as term limits for committee chairs or making the campaign chief’s job appointed instead of elected. The most competitive leadership battle in the caucus could be for its vice chair, which currently has four declared candidates.

Potential contenders for leadership like Jayapal had quietly maneuvered for months in subtle efforts to build alliances before dropping bids for the top spots. She built the influence of her liberal voting bloc this Congress, raised money for electorally vulnerable candidates and toured swing districts around the country.

But the Progressive Caucus’ ill-timed letter urging President Joe Biden to engage in direct diplomacy with Russia over its war in Ukraine caused a backlash among other Democrats and forced the group to retract it. That move had raised eyebrows among many Democrats and likely hurt Jayapal’s leadership aspirations.

Jayapal had instead sought out fellow members of the Congressional Progressive Caucus to gauge support for a reelection bid in recent days, according to two sources familiar with the situation.

“It’s not that there hasn’t been competition. I would think that they’ve reached some sort of solution,” observed Rep. Judy Chu (D-Calif.) of the caucus’ leadership dynamics. She called it a “good thing” for the intra-caucus rivalries to be sorted out ahead of time.

Some Democrats — who have eyed the tumult in House Republicans’ leadership elections and potential threats to Minority Leader Kevin McCarthy’s speakership bid with a certain degree of schadenfreude — have been glad to look like a steady hand in comparison, even as their leadership undergoes massive upheaval.

“With the current leadership moving to the side, actually having some certainty and clarity about the next team is, I think, something reassuring for the caucus,” said Rep. Gerry Connolly (D-Va.).

And Rep. Bennie Thompson (D-Miss.) said he was “glad it’s not a dogfight. I’m glad that we leave with an understanding that it’s time to pass the torch, and people move on.”

Sarah Ferris and Nancy Vu contributed to this report.