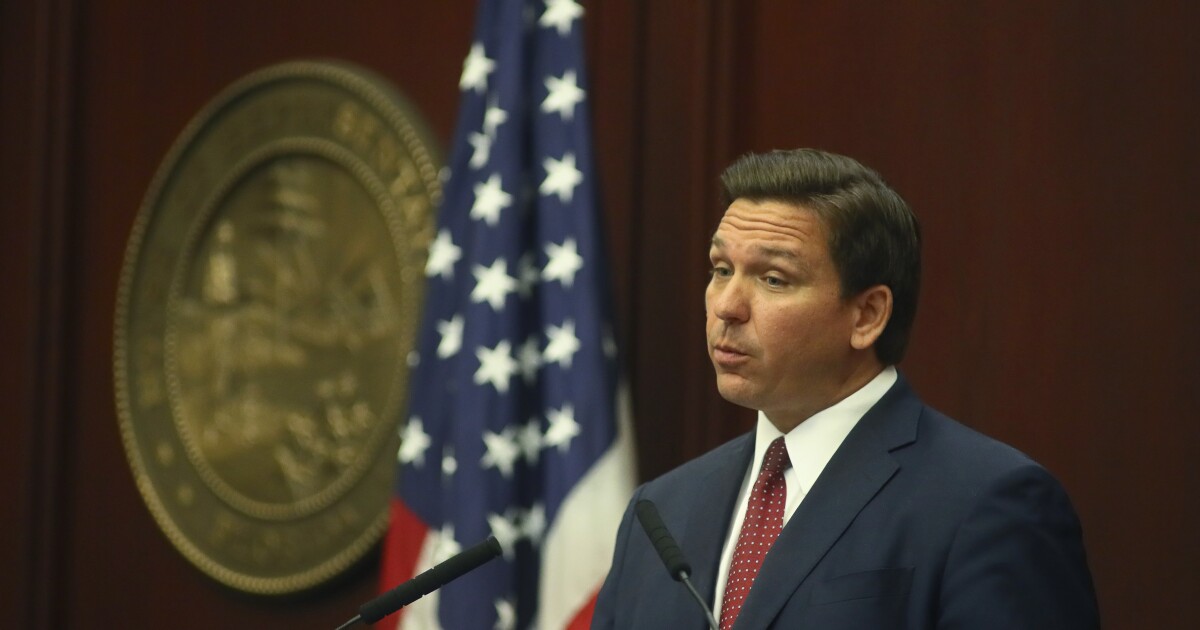 Florida public schools are already forbidden by state law from indoctrinating young children with transgender ideology or attempting to transition children behind their parents’ backs. But DeSantis’s education commissioner, Manny Diaz, has further made clear that schools should not feel pressure from these federal guidelines to treat boys as if they were girls or vice versa when it comes to school sports, bathrooms, or locker rooms.

So Florida schools, at least, will not bow to any mandate to feign ignorance about the reality of sex, a biological characteristic from which each person’s humanity is inseparable.

Federal micromanagement of schools is procedurally untenable in any case. But this particular government mandate to manipulate vulnerable children is substantively unconscionable.

Biden’s guidelines are thinly disguised as “protection” for transgender students — an illusion that the media have been all too happy to play along with. Once that lie is accepted, any affirmation of normalcy can be framed falsely as an incitement to suicide by students suffering gender confusion. The true aim of Biden’s guidelines is to extend an unhealthy license to educators and school administrators so beholden to an anti-scientific gender ideology that they feel entitled to manipulate children and subvert parental influence.

Already, there have been lawsuits over unscrupulous public employees encouraging children, based on even the slightest confusion during the universally confusing years of middle and high school, to begin transitioning to a different gender and keep it secret from their parents. It was precisely lawsuits over this practice that led to Florida’s anti-grooming law, which aims to protect young people from such exploitation.

Biden’s obsession with forcing a twisted, toxic view of human sexuality on all the nation’s schoolchildren tramples on powers over education that are very clearly reserved to the states. But more importantly, it is not appropriate for government at any level to tell children that they can change their sex — something no one can do, not even through surgeries and chemical castrations. If adults want to poison or mutilate their bodies, they can do so. Children should never be subjected to such abuse.

DeSantis is not a hero for doing what is obviously right to protect children. But in today’s environment, it is so rare to see those in power doing right that he must be praised for his bravery. Every governor should be following his example in this regard.

The issue of whether children should be pigeonholed at a young age and manipulated into irreversible hormone therapies and sex change surgeries has nothing at all to do with gay or transgender rights. It has to do with child abuse — because that’s what it is.

Schools are supposed to be places for learning, not for the inappropriate sexualization of young children by authority figures. Schools are supposed to reinforce parents’ right to direct their children’s upbringing, not subvert it. COVID helped reveal to parents the massive shortcomings in this regard within today’s education system. Biden’s new policy — embrace transgenderism or lose your funding — is only further discrediting a national public school system already in decline.