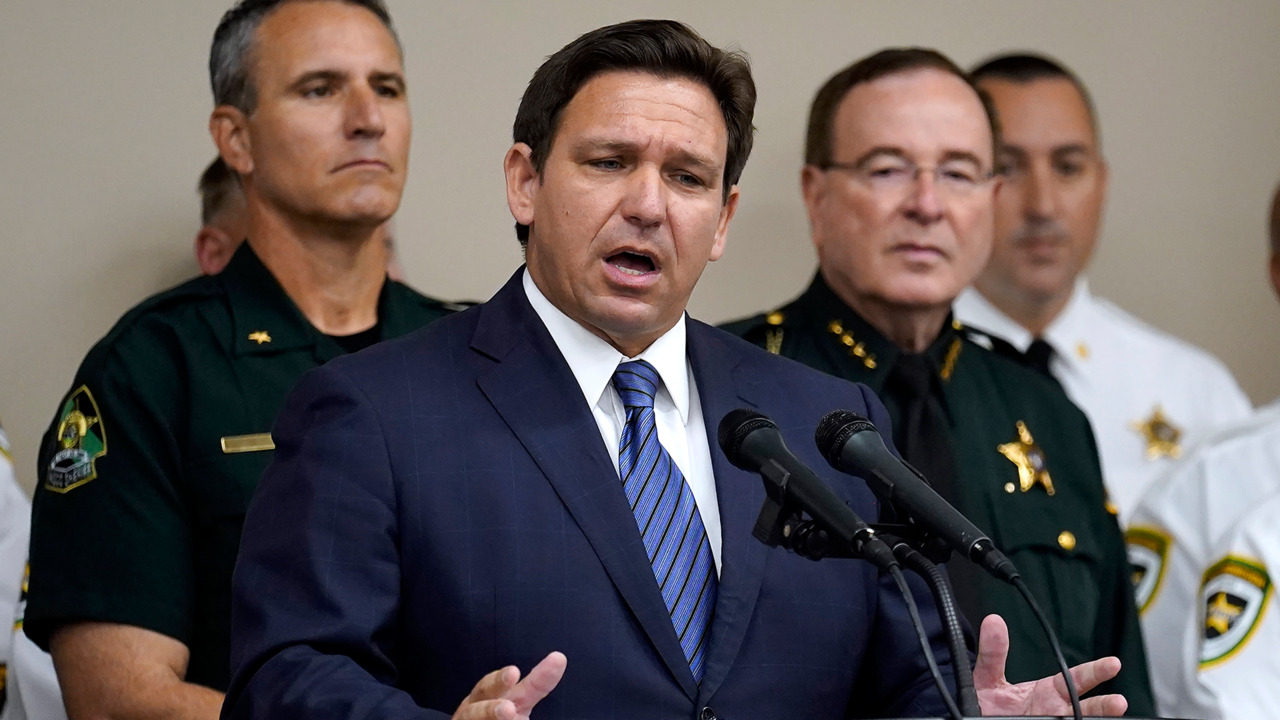 In a Tampa news conference, which his press secretary hyped as an event that would make the “liberal media meltdown,” DeSantis noted there is no state law banning gender-affirming treatments but included that in the executive order suspending Warren because one day the Legislature could ban them.

“The Legislature of Florida may want to come in and do something on that, you are going to say presumptively you can’t do it?” DeSantis said during the event.

Warren said his suspension “spits in the face” of voters who elected him twice to serve as Hillsborough County’s top prosecutor.

“Today’s political stunt is an illegal overreach that continues a dangerous pattern by Ron DeSantis of using his office to further his own political ambition,” he said in a statement. “The people have the right to elect their own leaders — not have them dictated by an aspiring presidential candidate.”

Florida Sen. Janet Cruz, a Tampa Democrat, blasted DeSantis’ decision to suspend Warren, saying the Hillsborough prosecutor has “served our community with dignity and respect and to suspend him because he won’t criminalize a woman’s right to choose is unconscionable.”

“There are no words to describe the attacks on women happening right here in our own backyard — just when I thought Gov. DeSantis couldn’t be more extreme and unhinged,” Cruz said.

During the Thursday news conference, DeSantis was flanked by regional law enforcement officers who blasted Warren’s performance as state prosecutor. Some of the officers have jurisdictions outside of Warren’s judicial circuit.

“Let me tell you something, Andrew Warren is a fraud,” said Tampa Police Chief Brian Dugan. “Did you get that? I’ve never been good at sugarcoating anything. He’s a fraud. He has misled the people of Hillsborough County.”

Warren was suspended but not yet removed from office, a step that would require involvement from the Florida Senate. The governor tapped Hillsborough County Judge Susan Lopez, whom he appointed as judge in December, to fill Warren’s spot.

Much of DeSantis’ executive order focused on the 15-week abortion ban. In June, after the U.S. Supreme Court overturned federal abortion protections enshrined in the 1973 Roe v. Wade decision, Warren signed a statement saying he would not prosecute people who provide abortions in violation of the new law.

“Warren has thus clearly, unequivocally, and publicly declared that his office will not persecute violations of Florida’s criminal laws and prohibit providers from performing certain abortions to protect the life of the unborn child,” read the executive order.

Warren has called the new law “unconstitutional on its face” because of privacy rights embedded in the Florida Constitution. That privacy clause is the subject of an ongoing lawsuit challenging the new 15-week abortion ban. That ban was briefly blocked by a lower court judge last month, but was quickly reinstated on appeal. Attorney General Ashley Moody, a Republican who spoke at the Thursday news conference, has asked that the issue be sent directly to the Florida Supreme Court.

The executive order also includes Warren’s decision earlier this year to stop prosecuting people riding bikes who are stopped and whose only charges are that they resisted an officer without violence. A memo he sent at the time said 70 percent of cases that result from a pedestrian or bike stop involve Black defendants.

Warren has been elected twice, and was included on a slate of candidates in 2016 supported by George Soros, a major national Democratic donor who has become a political boogeyman for Republicans. Warren and former 9th Judicial Circuit State Attorney Aramis Ayala were both financially supported by Soros organizations and ran on a platform of criminal justice reform.

Ayala, who is currently a Democratic candidate for attorney general, got in heated fights with former Republican Florida Gov. Rick Scott after pledging to not seek the death penalty in any case, prompting Scott to reassign all her potential death penalty cases.

Warren has been seen by some Florida Democrats as ascendant within the party, and marked for potential higher office one day.

“Warren has a strong record of finding innovative ways to make our neighborhoods safer and our system more fair and effective,” Florida Democratic Chair Manny Diaz said at the time. “He is clearly the right leader for this statewide effort.”