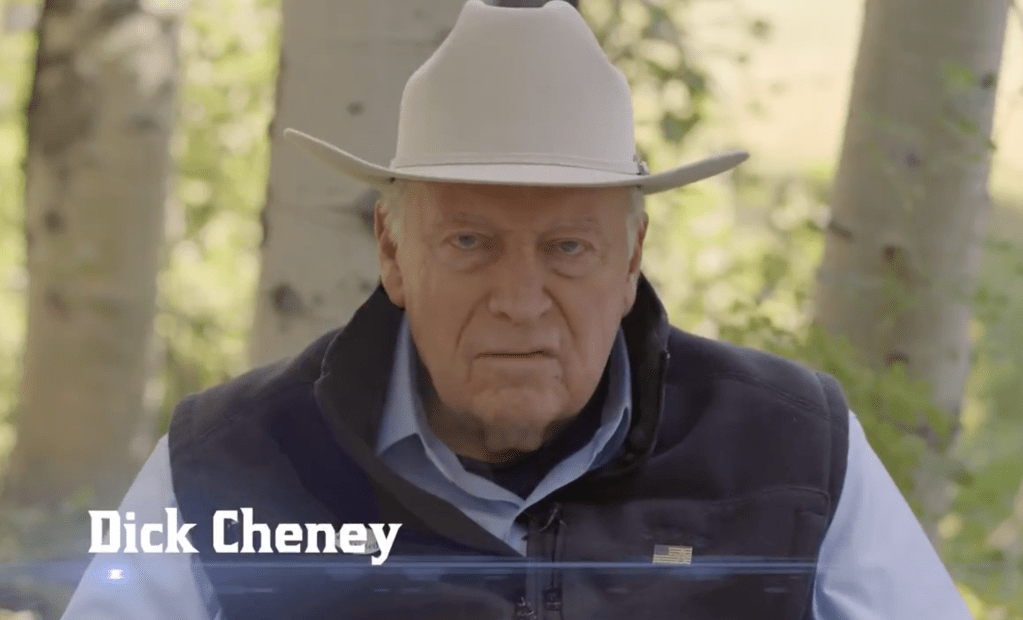 The reelection campaign of Rep. Liz Cheney (R-WY) unveiled a new ad spot featuring her father, former Vice President Dick Cheney, in which he calls Donald Trump a “coward” and a threat to democracy.

“In our nation’s 246-year history, there has never been an individual who is a greater threat to our Republic than Donald Trump,” Cheney said in the video.

Cheney faces an uphill battle to retain her seat, as challenger Harriet Hageman has been endorsed by Trump, who is still popular in the state. The state’s primary is Aug. 16.

Liz Cheney has staked her political future on her role as vice chair of the January 6th Committee, which is focused on the role that Trump played in inciting the attack on the Capitol.

“Lynne and I are so proud of Liz for standing up for the truth, doing what’s right, honoring her oath to the Constitution when so many in our party are too scared to do so,” Dick Cheney said in the spot.

Liz Cheney’s role on the committee has won her fans even among Democrats. Jeffrey Katzenberg is among those who have donated to her reelection campaign, while Yellowstone star Kevin Costner has endorsed her reelection bid.