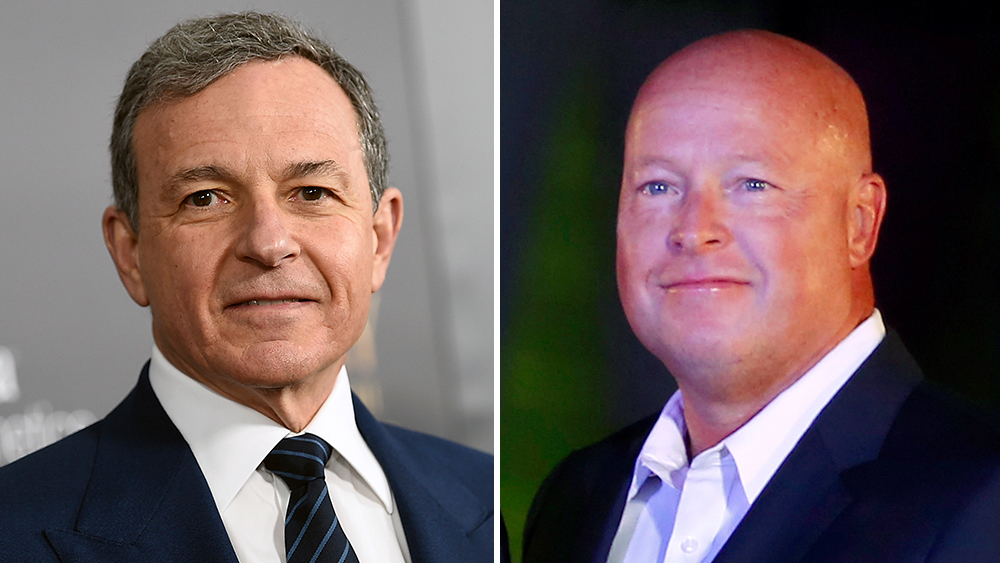 After less than a year in retirement, Bob Iger has returned as the CEO of the Walt Disney Company.

The board just sent out a notice that Bob I. is back and recently re-upped Bob Chapek is out. “I am deeply honored to be asked to again lead this remarkable team, with a clear mission focused on creative excellence to inspire generations through unrivaled, bold storytelling,” Iger wrote tonight in an email to staffers.

Having handed over the baton as CEO in February 2020 to Chapek — a stunning move unto itself at the time — and then serving as executive chairman until the end of 2021, Iger will be CEO for a second time for the next two years, the company says. His mission will also include identifying a successor, something Iger had difficulty doing while in the job the previous time, postponing multiple plans to step down during his 15 years in the top job, the final stage of a 47-year run at Disney.

“The board has concluded that as Disney embarks on an increasingly complex period of industry transformation, Bob Iger is uniquely situated to lead the company through this pivotal period,” said board chair Susan Arnold in the official announcement (read it below), just a couple of weeks after a rougher-than-expected quarterly earnings report by the company. Once a overachiever buoyed by success in streaming, Disney’s stock has recently sunk to a multi-year low as executives have warned of weak revenue and profit gains in the year to come and also hefty expenses for streaming.

In an email to employees tonight, Iger said shared the news of his return “with an incredible sense of gratitude and humility—and, I must admit, a bit of amazement.” He added that Disney “holds a special place in the hearts of people around the globe thanks to you, and your dedication to this company and its mission to bring joy to people through great storytelling is an inspiration to me every single day.” The email didn’t reference Chapek, with whom Iger reportedly had a rocky relationship since the transition of power.

Given the considerable turbulence experienced by Disney since Iger left the corner office, and also given his well-earned reputation for being as smooth and diplomatic a leader as Chapek could be an awkward and blithe one, Iger was repeatedly asked if he would consider an encore. He always steadfastly refused, recently citing his new phase as an investor and industry observer with a lot more time on his hands. At 71 years old, though, he is certainly not at what is considered automatic retirement age in a business sector where many CEOs are active into their 80s and beyond. Rupert Murdoch, coincidentally Disney’s largest shareholder, is 91 and still chair of Fox Corp. and executive chair of News Corp.

“I don’t miss my job,” Iger declared during a September sit-down at the Code conference. “Retirement is great, I have a vastly different life than before. Much more air in my day.”

Chapek joined Disney in 1993 after a stint in the advertising business, going on to the company’s home entertainment and parks divisions before surprising most in the entire media and entertainment industry by getting the nod to become CEO. Kevin Mayer, who had steered strategic planning and then overseen the company’s streaming efforts and the successful launch of Disney+, was seen as a more likely successor than Chapek. Mayer wasn’t the only heir apparent to get passed over. Tom Staggs, who was a top exec and the designated CEO-in-waiting was eventually cut loose by Iger before his coronation. (Mayer and Staggs, their relationship forged in the fires of Burbank, now run Candle Media, an investment firm backed by private equity firm Blackstone.)

As Covid swept across the world in 2020, Chapek managed to keep Disney from disaster despite the complete closure of theme parks, movie theaters and live sports, gradually winning the guarded confidence of investors. He had rougher sledding over his final year in the top job. The company was facing an increasingly expensive and difficult slog in streaming, though Disney+ continued to be a growth engine. Chapek also presided over the explosive situation in Florida involving the company’s efforts to head off the state’s “Don’t Say Gay” legislation. The company’s opposition to the bill led to retribution by Gov. Ron DeSantis, who mocked the company as “woke Disney,” prompting waves of negative attention from conservative media. Internally, many employees were stung by what they viewed as a betrayal. (Iger had tweeted his opposition to the bill before Chapek and indicated in press interviews that he believed the company could have acted more quickly. Workers held walkouts in many locations to express their feelings about how Disney had handled the whole affair, and winning back trust became an uphill battle.

“We were reminded, through the passion of our cast’s reaction, how important their sentiments are on these issues,” Chapek recalled last month at a Wall Street Journal conference. The lesson he learned about navigating thorny political matters? “Stick to your values, to your north star. Simplify the cacophony of voices out there and do what you think is right.”

Another misstep, which many in the industry believed would never have happened on his predecessor’s watch, was publicly clashing with Scarlett Johansson over the release of Black Widow. The Marvel movie had gone out through the Premier Access window (a Chapek innovation during the pandemic that hasn’t been used in more than a year), meaning it was available for a premium on Disney+ at the same time it hit theaters. The actress sued over breach of contract, saying the method of release had cost her tens of millions in back-end payments. Disney hit back hard, calling Johansson’s suit “especially sad and distressing in its callous disregard for the horrific and prolonged global effects of the Covid-19 pandemic.”

While the suit was settled a few weeks later, the dustup — and particularly the sharp-elbowed statement aimed at an A-list star — became a talking point in the company’s overall dealings with talent. Chapek also abruptly dismissed TV chief Peter Rice with minimal explanation, a move that similarly unsettled the creative community.

Even in the company’s parks unit, which he once ran, Chapek courted controversy with price hikes and a wave of complex, interlocking new offerings like Lightning Lanes, Disney Genie and Disney Magic Key. Chapek also infamously blamed an “unfavorable attendance mix” for limiting parks’ profitability, riling some Magic Key holders, who figured he was talking about them because they don’t spend as much.

The Walt Disney Company (NYSE: DIS) announced today that Robert A. Iger is returning to lead Disney as Chief Executive Officer, effective immediately. Mr. Iger, who spent more than four decades at the Company, including 15 years as its CEO, has agreed to serve as Disney’s CEO for two years, with a mandate from the Board to set the strategic direction for renewed growth and to work closely with the Board in developing a successor to lead the Company at the completion of his term. Mr. Iger succeeds Bob Chapek, who has stepped down from his position.

“We thank Bob Chapek for his service to Disney over his long career, including navigating the company through the unprecedented challenges of the pandemic,” said Susan Arnold, Chairman of the Board. “The Board has concluded that as Disney embarks on an increasingly complex period of industry transformation, Bob Iger is uniquely situated to lead the Company through this pivotal period.”

“Mr. Iger has the deep respect of Disney’s senior leadership team, most of whom he worked closely with until his departure as executive chairman 11 months ago, and he is greatly admired by Disney employees worldwide–all of which will allow for a seamless transition of leadership,” she said.

The position of Chairman of the Board remains unchanged, with Ms. Arnold serving in that capacity.

“I am extremely optimistic for the future of this great company and thrilled to be asked by the Board to return as its CEO,” Mr. Iger said. “Disney and its incomparable brands and franchises hold a special place in the hearts of so many people around the globe—most especially in the hearts of our employees, whose dedication to this company and its mission is an inspiration. I am deeply honored to be asked to again lead this remarkable team, with a clear mission focused on creative excellence to inspire generations through unrivaled, bold storytelling.”

During his 15 years as CEO, from 2005 to 2020, Mr. Iger helped build Disney into one of the world’s most successful and admired media and entertainment companies with a strategic vision focused on creative excellence, technological innovation and international growth. He expanded on Disney’s legacy of unparalleled storytelling with the acquisitions of Pixar, Marvel, Lucasfilm and 21st Century Fox and increased the Company’s market capitalization fivefold during his time as CEO. Mr. Iger continued to direct Disney’s creative endeavors until his departure as Executive Chairman last December, and the Company’s robust pipeline of content is a testament to his leadership and vision.