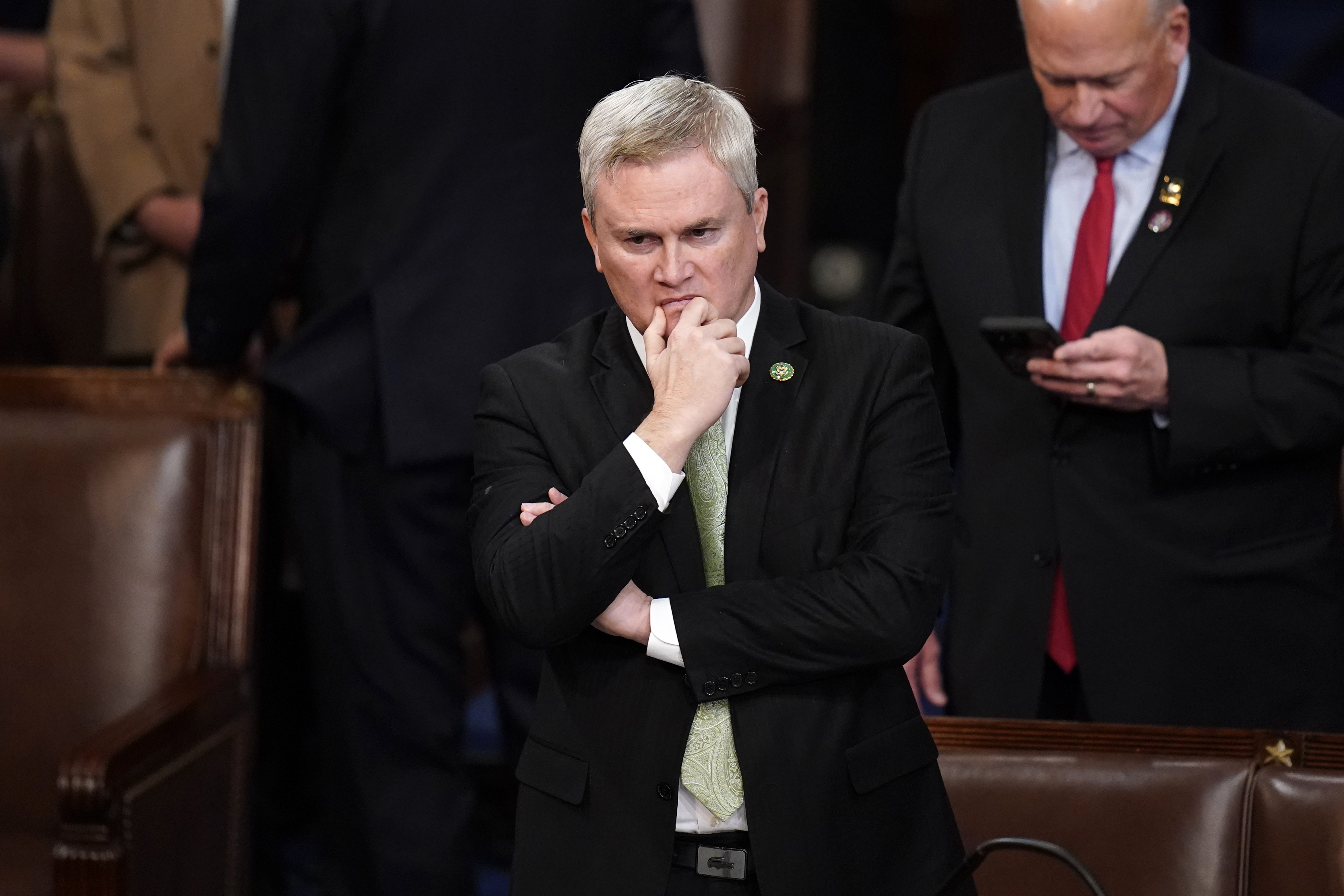 Apart from Bacon, however, reactions to the revelations of sensitive documents discovered in private, Biden-associated places this week depended mostly on party affiliation. Both sides cried of unfair standards.

“My concern is how there’s such a discrepancy in how President Trump was treated,” Rep. James Comer (R-Ky.), the new chair of the House Oversight Committee, said Sunday on CNN’s “State of the Union.”

Both Comer and Rep. Jamie Raskin (D-Md.), the top Democrat on the same committee, called verbatim for “equal treatment” in appearances Sunday on CNN.

Comer sent a letter Sunday to White House chief of staff Ron Klain requesting more information related to the searches for documents and a visitor log of Biden’s Delaware home.

“We want to know the visitor logs to the residence,” he said. “We want to know who had access to the Biden Center for Diplomacy, because this is the same type of investigation that the Democrats were so outraged and launched and demanded happened to President Trump.”

Comer has not announced any similar call for visitor logs of Mar-a-Lago.

Raskin argued that there are significant differences between the document situations with Trump and Biden that should be handled accordingly, as Biden allies have said repeatedly in recent days.

“We should keep a sense of proportion and measure,” Raskin told host Jake Tapper.

Biden has had a smaller volume of out-of-place sensitive documents discovered than Trump, and unlike Trump, he appears to have cooperated with authorities in turning over the materials, POLITICO has previously noted.

“It’s an embarrassment, no doubt about it. Is there more to it? I doubt it,” Rep. John Garamendi (D-Calif.), a member of the progressive caucus, said Sunday on “Fox News Sunday.”

Republicans have said it is too early to tell the true extent of what occurred.

Both Raskin and Comer pointed to a need to figure out procedures regarding former officials taking documents in the future.

Rod Rosenstein, a deputy attorney general during the Trump administration, said Attorney General Merrick Garland “really had no choice” in appointing a special counsel to investigate Biden, after naming one to investigate Trump.

“But you’re in the political arena, where it’s inevitable you’re going to be attacked,” Rosenstein said, speaking on NBC’s “Meet the Press.”

Biden aides found five additional documents in this president’s Delaware home this week, the White House announced Saturday. They were then turned over to the Justice Department, which had appointed a special counsel to investigate the matter.

For his part, Bacon said the discovery of classified documents in Biden’s possession called to mind an old saying.

“If you live in a glass house, do not throw stones,” he said. “And I think that President Biden was caught throwing stones.”