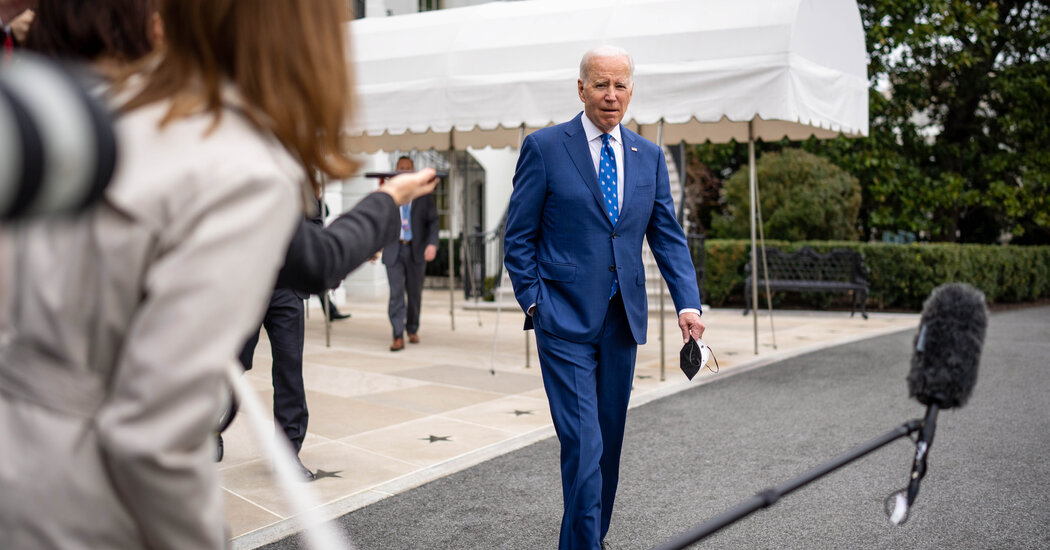 The Obama-Biden White House had established a regular process for handling secret papers and the White House Office of Records Management worked closely with the archives to ensure that files were transferred appropriately.

Anything the president saw was archived. Classified papers would be returned and put in the National Security Council system or, if involving domestic policy, in the Office of Records Management system. The White House staff secretary’s office was charged with ensuring that documents were properly managed.

The system, similar to that used by other White Houses, was hardly foolproof even before President Donald J. Trump came along and openly flouted the rules, regularly ripping up government documents rather than preserving them as required by law. Mr. Trump is under investigation for hoarding sensitive documents at his Mar-a-Lago estate and failing to return all of them, even after being subpoenaed. Unlike Mr. Biden, Mr. Trump has insisted he had the right to the classified documents, even claiming to have declassified them, although there is no evidence of that. He has been so resistant that authorities are considering charging him with obstruction of justice.

Even in more standard administrations, classified documents have been mixed with unclassified files. Some White House veterans said that when such papers are discovered after leaving office, they are supposed to be returned immediately to the archives. Such incidents do not necessarily result in criminal charges if authorities do not establish an intent to circumvent the rules.

Mr. Trump’s last days in office were especially chaotic because he refused to concede the election, but even in the best of circumstances, the final days inside a White House can be disorganized and difficult. There are far fewer staff members in the West Wing than usual because the White House staggers employee departures ahead of the Jan. 20 takeover of the incoming president and the new administration.

By those last few days, many employees have turned in their White House passes and their government-issued laptops and phones and have cleaned out their offices. Those left are often juggling the need to pack up with their ongoing responsibilities, which under the Constitution continue until the final minutes. Former White House officials who stayed until the end described continuing to pack up their offices throughout the final hours on Inauguration Day, when they are obliged to vacate by noon.

The process of leaving many of the small, government offices is hardly methodical, those officials say — there is no single procedure. Aides to the president and vice president are given instructions to sort out personal materials from government records, a rule that they have been required to follow throughout their time in the White House.