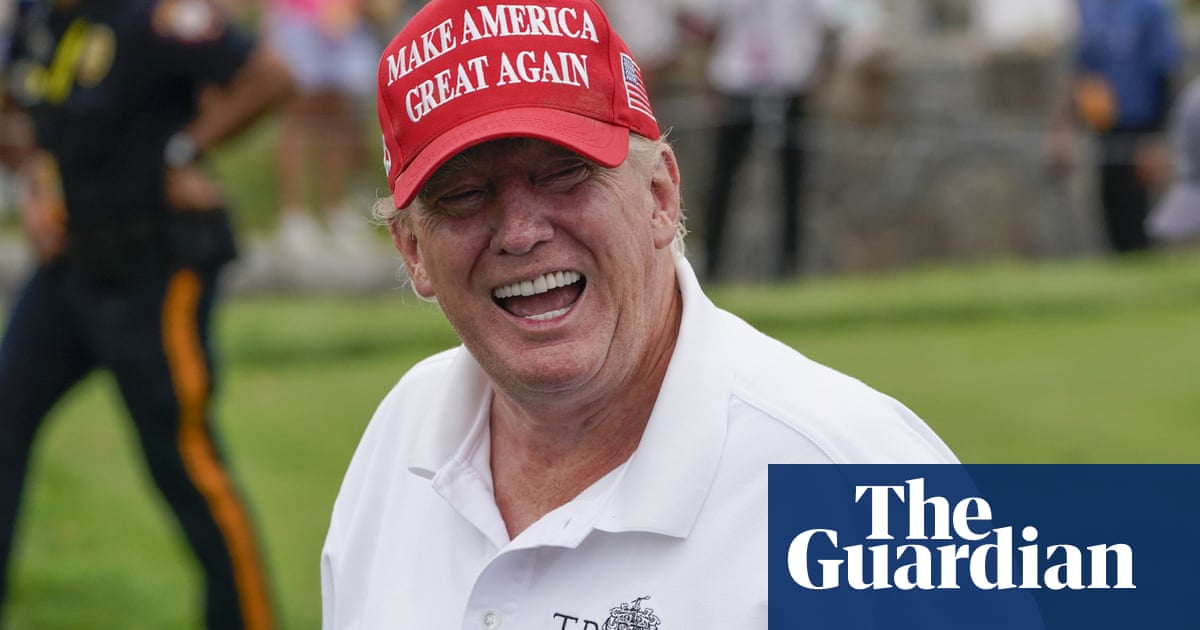 Announcing his long-awaited endorsement in the Republican primary for US Senate in Missouri, the night before polling opened on Tuesday, Donald Trump chose to hedge his bets.

“There is a BIG election in the Great State of Missouri,” the former president said on Monday, adding: “I trust the Great People of Missouri, on this one, to make up their own minds … I am therefore proud to announce that ERIC has my Complete and Total Endorsement!”

There are three Erics in the Missouri race.

Among the real contenders, according to polling, are Eric Greitens, a scandal-plagued former governor, and Eric Schmitt, the state attorney general. Both claimed Trump’s backing.

Trump used those words on his Truth Social platform.

Regardless, Schmitt followed up, writing: “I’m grateful for President Trump’s endorsement. As the only America First candidate who has actually fought for election integrity, border security and against the Left’s indoctrination of our kids – I’ll take that fight to the Senate to SAVE AMERICA!”

Both men said they thanked Trump by phone.

On Twitter, Claire McCaskill, a former Democratic senator from Missouri, was among those to point out the existence of a third Eric – a long-shot candidate – writing: “Congratulations Eric McElroy on Donald Trump’s endorsement! Time for a press conference. This is quite an achievement.”

Yet another Eric, Trump’s second son, Eric Trump, did not immediately comment. But Greitens perhaps stole something of a march on Schmitt when he trumpeted an endorsement from a second Donald – the former president’s first son.

In a tweet, Greitens said he was “proud to be the only candidate” – and only Eric – “in Missouri endorsed by Donald Trump Jr”.

On the Democratic side of the race, Lucas Kunce and Trudy Busch Valentine are the leading contenders to take on whichever Eric (or other candidate) emerges from the Trumpian scrum.

On Monday night, Kunce scored a win by securing the backing of Bernie Sanders, the independent senator from Vermont.

As described by Bryan Lowry, politics editor of the Kansas City Star: “While the much-anticipated Trump endorsement fizzled into a general approval of Erics, a big endorsement in the Democrat race came down in Missouri.”

This story expires at 1:06pm on Wednesday November 2nd, 2022 and will be deleted.