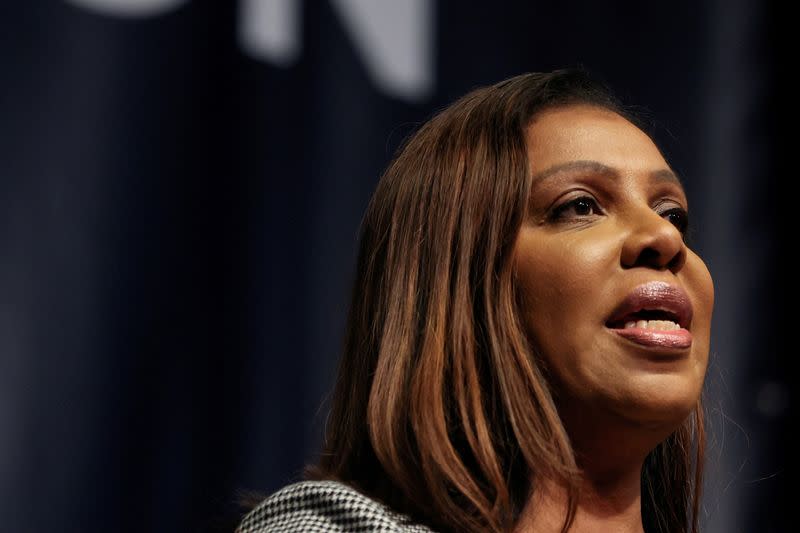 NEW YORK (Reuters) – Donald Trump is likely no longer in contempt of court for failing to comply with a subpoena in a New York civil probe into the former U.S. president’s business practices, the office of state Attorney General Letitia James said on Tuesday.

In a letter filed with a New York state court in Manhattan, a lawyer for James said affidavits filed by employees of Trump businesses appeared sufficient to lift an April 25 contempt order, which led to Trump paying a $110,000 fine.

“Respondent’s counsel must rely upon current employees to provide the required information,” the letter said. “[We] are prepared to agree that the affidavits satisfy the court’s order because it is not apparent what else, if anything, the respondent and his counsel can be ordered to do.”

Alina Habba, a lawyer for Trump, did not immediately respond to a request for comment.

The letter also renewed James’ concerns about Trump’s policies toward retaining documents, citing the “apparent absence” of financial documents he ought to have that might shed light on what his businesses are worth.

Justice Arthur Engoron, who had found Trump in contempt, will decide whether to lift that order.

James has for more than three years been investigating the Trump Organization, which manages hotels, golf courses and other real estate around the world.

Trump and two of his adult children, Donald Trump Jr and Ivanka Trump, have agreed to testify under oath starting July 15, after failing to convince two state courts to scuttle their depositions.

Trump, a Republican, has called James’ probe a politically motivated witch hunt. James is a Democrat.

Who is Rodney Davis? An Illinois Republican facing off against the Trump factor - USA TODAY
Witnesses to Testify How Trump Implored Pence to Upend 2020 Election - Voice of America - VOA News
The ACLU Is Struggling To Find Its Identity In Post-Trump America - Reason