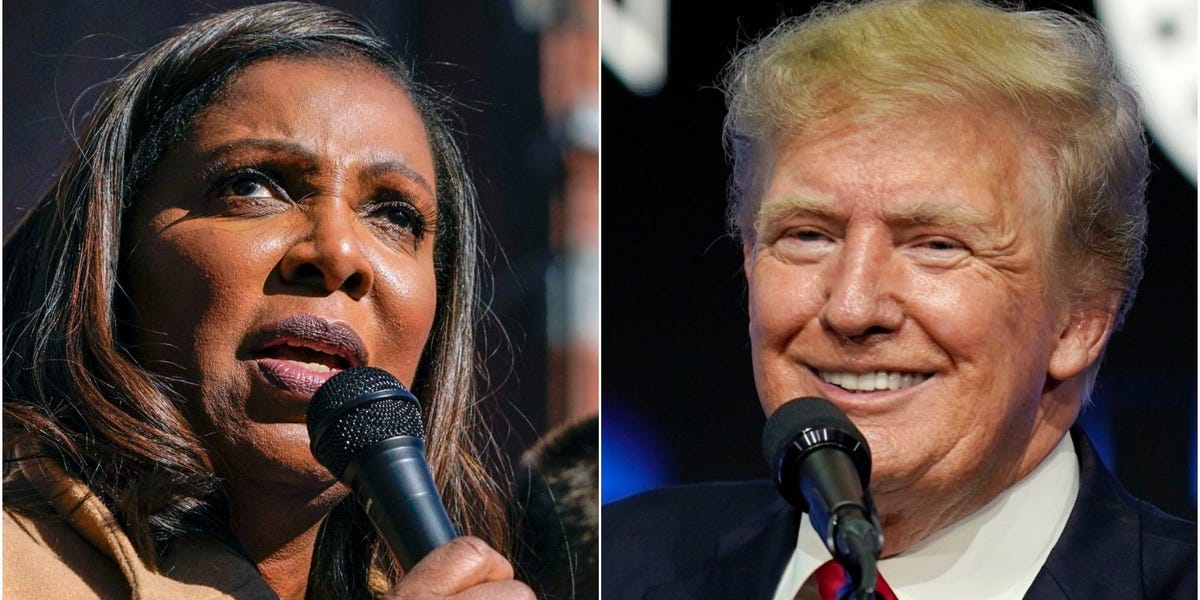 Donald Trump must cut a $110,000 check — payable to the New York Attorney General’s office — as a total fine for his earlier failure to comply with AG Letitia James’ subpoena for his documents, a Manhattan judge ordered on Wednesday.

The judge set additional conditions for the contempt finding to end. By May 20, Trump must submit affidavits from company staffers detailing how they searched for his business documents.

Trump’s $110,000 will be held in escrow while Trump continues to appeal the contempt finding.

The judge stressed, though, that the contempt order would be reinstated if the conditions were not met — and the fine was not paid.

Failure to satisfy any of the conditions will result in the contempt order — and the fine — being reinstated, at which point he would owe the AG nearly a quarter million dollars.

“I want the fine paid,” said Engoron, who is presiding over the AG’s battle with Trump over subpoenas demanding his documents and testimony in her ongoing, three-year probe of his business.

That’s when Trump swore out a lengthy “Jackson affidavit” explaining why he has no more personal documentsfor James’ probe of the Trump Organization, his Manhattan-based real estate company.

Trump’s side has said repeatedly, in legal filings and in court hearings as recently as Friday, that James already has everything she wants from his personal business files.

That’s 10 documents — some of them hundreds of pages long — already turned over by his company in response to a subpoena issued to his company two years ago.

“Everything relevant to the AG’s subpoena has been produced,” she told the judge in a 90-minute hearing via video conference.

The AG has countered that the ten documents are a far cry from what a billionaire CEO should have coughed up in response to a subpoena demanding documents going back to 2010.

Some 17 boxes of Trump Organization records “from off-site storage” are still being examined by a third-party document search firm, HaystacksID, which is doing an independent review of the documents, the AG said in a filing Tuesday.

On Wednesday, Habba said that number has dropped to five.