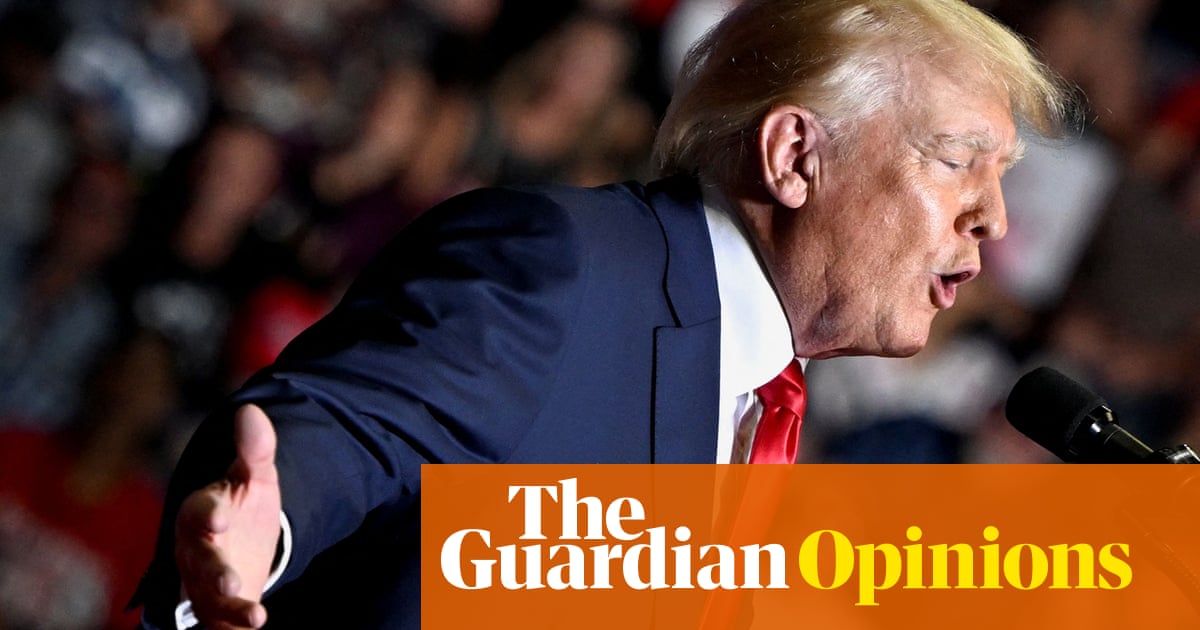 Liberal pundits and Twitter accounts are cheering the investigation into Donald Trump for holding classified documents at his Mar-a-Lago estate. What they may not know is that they are also throwing their support behind one of the most pernicious and terrible laws that exists: the Espionage Act. Holding Trump accountable doesn’t mean we should all become cheerleaders for the often-abused law primarily used to prosecute whistleblowers and threaten journalists.

Ever since the 100-year old Espionage Act was cited in the warrant for the search of Trump’s Florida residence, Twitter and cable news are rife with misinformation about the law and what it means. Those clamoring for Trump to be prosecuted under the act are spreading a ton of misleading statements in the process.

First, let’s get this out of the way: just because the law is called “the Espionage Act” doesn’t mean there is any evidence Trump committed “espionage” (more on that later). MSNBC hosts and their former CIA guests are even baselessly speculating that because Trump had these documents at his house, it is connected to the spate of deaths of CIA assets around the world.

What a convenient excuse for the CIA! There’s not one hint of evidence that Trump having some classified docs at this compound led to any deaths, and it lets the CIA completely off the hook for continually getting people killed, which – by the way – has been happening for decades. There was a New York Times investigation from several years ago about CIA asset networks in China and Iran being rounded up and executed, which dated back to 2010. Or go read Tim Weiner’s classic history of the CIA, Legacy of Ashes, which details how that has happened over and over again throughout the agency’s history, with little or no public accountability.

No evidence that the documents fell into the wrong hands is needed to be guilty under the Espionage Act. As Lawfare points out, all that is required is that you retain government documents pertaining to national defense and don’t give them back. The primary target for the Espionage Act in recent years has not been government officials selling secrets to foreign governments, but patriotic whistleblowers who have handed journalists classified proof of wrongdoing inside the US national security apparatus. Sources of stories that uncover illegal mass surveillance, extrajudicial drone strikes, discriminatory FBI practices and matters of war and peace have all been targeted with the law.

And that’s exactly why civil liberties advocates have been sounding the alarm about the statute for years.

But it’s not just the law’s usual targets that are the problem. The law is incredibly sweeping and ties the hands of anyone charged under it so they can’t make an adequate defense. Journalists’ sources prosecuted under the Espionage Act have not been allowed to tell their jury why they did what they did (“I did this to expose government wrongdoing or illegal behavior” is inadmissible). They also aren’t allowed to talk about the benefits of the public knowing the information they handed over, nor are they even allowed to challenge whether the information was correctly classified in the first place.

This last issue is especially pernicious, since the US government has a huge overclassification addiction, where they stamp a “secret” label on virtually everything that comes across their desk, whether it’s an actual state secret or not. A bevy of former government officials have testified to this fact to Congress for years, yet the problem continues.

In all these previous cases, the justice department takes the position that everything leaked to journalists is highly sensitive and top secret and that any leaks put lives at risk. Editors at major newsrooms have heard this so often from government officials that they’ve stopped believing it when documents are in their own possession. So excuse me if I’m a bit skeptical of the justice department’s explosive hints and leaks about what was potentially in the documents Trump had in his Dr Evil lair. And I don’t think journalists and pundits on Twitter should be breathlessly repeating vague claims like this, just because they hate Trump.

As whistleblower Reality Winner pointed out, it is “incredibly ironic” that Trump is now being investigated under the statute, given that his administration brought at least five cases against government employees who gave information to journalists, and sought far more prison time in those cases than administrations before it. His administration even took the law an unprecedented step further to prosecute the WikiLeaks publisher Julian Assange, which the Guardian and virtually every press freedom organization in the world considers a grave danger to the rights of journalists everywhere.

Don’t get me wrong. It’s absurd to even suggest Trump is a whistleblower or acting as a journalist. But further legitimizing a terrible law – and even expanding its reach beyond people who sign secrecy agreements – could have implications for the future.

Given the mountain of shady and horrible activities Trump engaged in before, during and even after his presidency, it seems short-sighted for everyone to hinge their hopes on an investigation into whether he held on to some documents longer than he should have.

Of course Trump should be subject to the laws everyone else is, and that’s not to say the US government shouldn’t be able to control actual secrets. Thankfully, there are plenty of other options besides the Espionage Act to choose from. The Mar-a-Lago warrant cites potential violations of three other statutes, including obstruction of justice, which would still result in prison time if he is found guilty.

Like many others, I hope Trump is held accountable for his insidious corruption and potential crimes. But let’s not prop up one of the most pernicious laws on the books to do it.