Protesters took to the street of downtown Atlanta to continue a protest against the planned police training center that critics have called “Cop City”. What began as a peaceful protest broke out around 6 p.m. when some people began throwing bricks at businesses and igniting fireworks in the street.

ATLANTA – What started as a peaceful protest against the death of a Georgia-based activist took a violent turn in downtown Atlanta Saturday evening when people began throwing bricks at buildings and setting fire to police vehicles. Mayor Andre Dickens held a press conference to discuss the matter late Saturday evening.

Demonstrators took to Underground Atlanta Saturday to honor the life of Manuel Esteban Paez Teran, a 26-year-old protester killed by Georgia State Troopers during a sweep at Intrenchment Creek Park Wednesday. That area is the planned site for the Atlanta Public Safety Training Center, or what some critics are calling “Cop City.”

Investigators said Teran did not comply with commands by a joint task force, and that he fired at a trooper first. 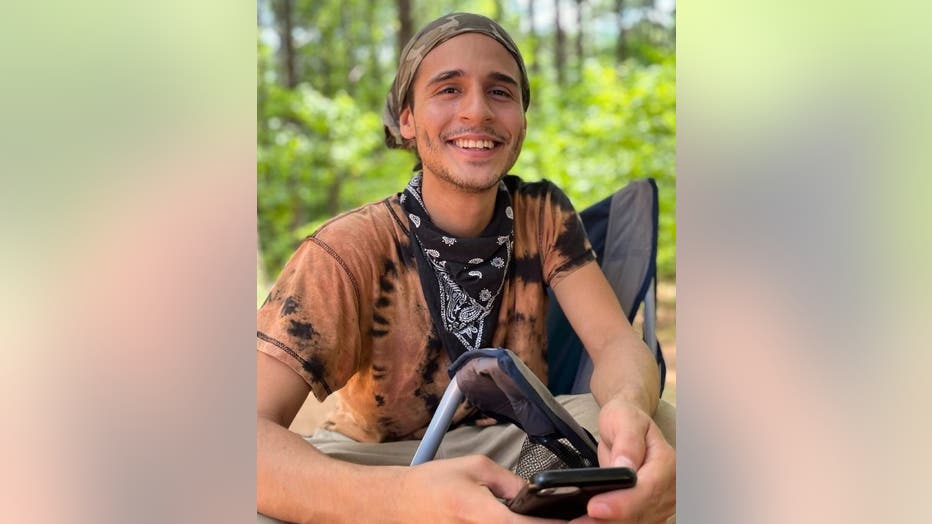 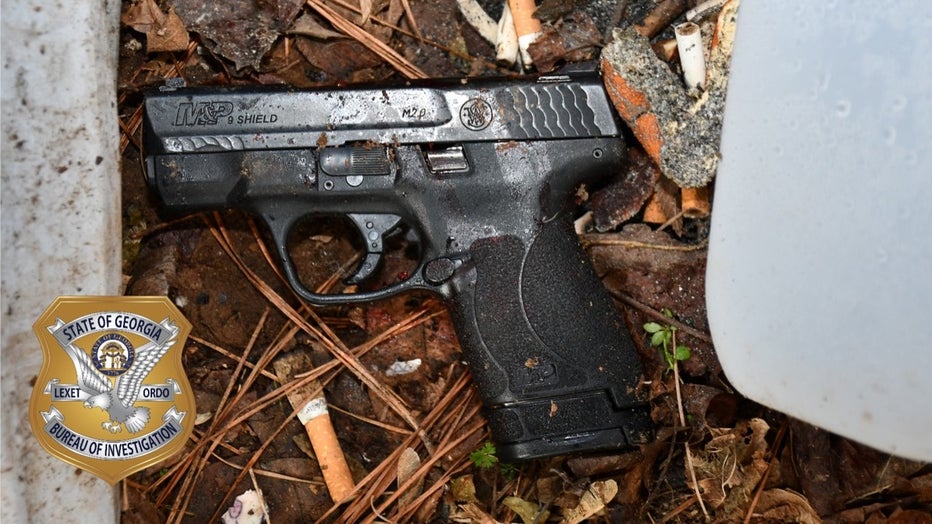 On Friday, a picture of the gun that the agency said they found on Teran was released. Officials said ballistic investigators matched that gun to the bullet that wounded the trooper.

Seven people were arrested and charged with domestic terrorism on Wednesday.

Mourners gather at the former site of Intrenchment Creek Park near the future Atlanta Public Safety Training Center for a candlelight vigil in honor of a protester killed earlier in the week on Jan. 20, 2023.  (Billy Heath / FOX 5)

For about an hour, people dressed in black marched along Peachtree Street in a peaceful downtown Atlanta demanding justice for ‘Tortuguita’. Interim Atlanta Police Chief Darin Schierbaum said the group was originally peaceful.

Protesters march through the streets of downtown Atlanta for Manuel Esteban Paez Teran, a 26-year-old demonstrator who was killed by Georgia State Troopers who said he shot at them first. (Credit: Billy Heath)

“However, when that group arrived at the intersection of Ellis Street and Peachtree Street, a group inside that marching crowd decided to start committing illegal acts including breaking windows and attacking police cruisers that were in the area,” Schierbaum said. The interim chief said some of those individuals were actors who have participated in other protests in the past.

FOX 5 was live on air when one of those vehicles suddenly burst into flames.

Individuals were also seen on camera busting out the windows of another police car.

“Atlanta Police officers have responded to a group damaging property at several locations along Peachtree [Street]. Several arrests have been made at this time and order has been restored to the downtown space. This is still an active and ongoing investigation, and we will not be able to provide specifics on arrests numbers or property damaged, at this time.”

A heavy police presence is expected in the area for the rest of the night.

“Violence and unlawful destruction of property are not acts of protest,” Gov. Kemp tweeted out Saturday night. “They are crimes that will not be tolerated in Georgia and will be prosecuted fully. Thank you to the hardworking [Georgia Department of Public Safety, Georgia Bureau of Investigation, Atlanta Police Department], and others actively keeping our streets safe tonight.”

Three businesses along Peachtree Street received damages to their windows.

“It doesn’t take a rocket scientist or an attorney to tell you that breaking windows or setting fires is not protesting, that is terrorism,” Schierbaum said in a press conference after the incident. “They will be charged accordingly, and they will find that this police department and the partnership is equally committed to stopping that activity.”

Mayor Andre Dickens told the press that many of those arrested in Saturday night’s riot were not residents of Georgia.

There were no injuries reported for law enforcement or protesters involved.

MARTA officials announced that trains would not be servicing Peachtree center Station, streetcar shuttle van service has been temporarily suspended and bus shuttle service is being provided from Garnett to Civic Center servicing all stations except for Peachtree Center. Riders impacted can use the following link for an $8 Uber or Lyft credit, according to MARTA.

This story is breaking. Please check back for updates. If you have additional information, pictures, or video email newstipsatlanta@fox.com.