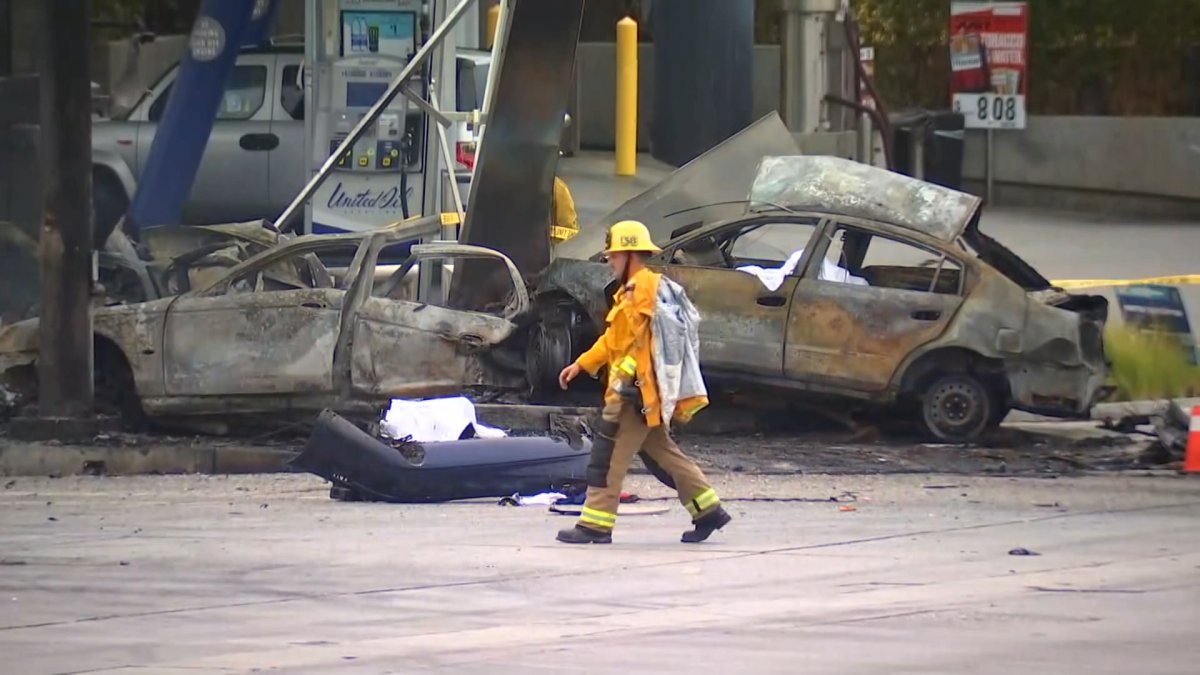 CHP officers arrested a woman Friday who they say caused a fiery multi-car crash in Windsor Hills that killed 6 people, including a baby and a pregnant woman.

Nicole L. Linton, identified by multiple law enforcement sources as a nurse from Texas, will be booked after she’s released from a hospital where she’s being treated for injuries she sustained in the wreck.

Clients at a Windsor Hills gas station watched in horror as a fiery crash left six people dead. Lauren Coronado reports for the NBC4 News at 11 p.m. on Aug. 4, 2022.

The arrest was also confirmed by members of Linton’s family.

Public records in Texas show someone with the same name as a registered nurse with a current, valid license.

Kaiser Permanente released the following statement regarding the crash:

“Everyone at Kaiser Permanente is deeply saddened by Thursday’s horrific crash. It’s impossible to imagine the pain those involved are experiencing. Our thoughts are with everyone affected by this tragedy. At this time, we are not able to comment on what has been reported as a criminal investigation. Any further questions about should be forwarded to law enforcement authorities.”

The high speed crash happened around 2 p.m. Thursday at the intersection of Slauson and La Brea Avenues and was captured by a security camera at a gas station nearby.

As of Friday morning the CHP said 6 people died in the crash and at least 8 others were injured.