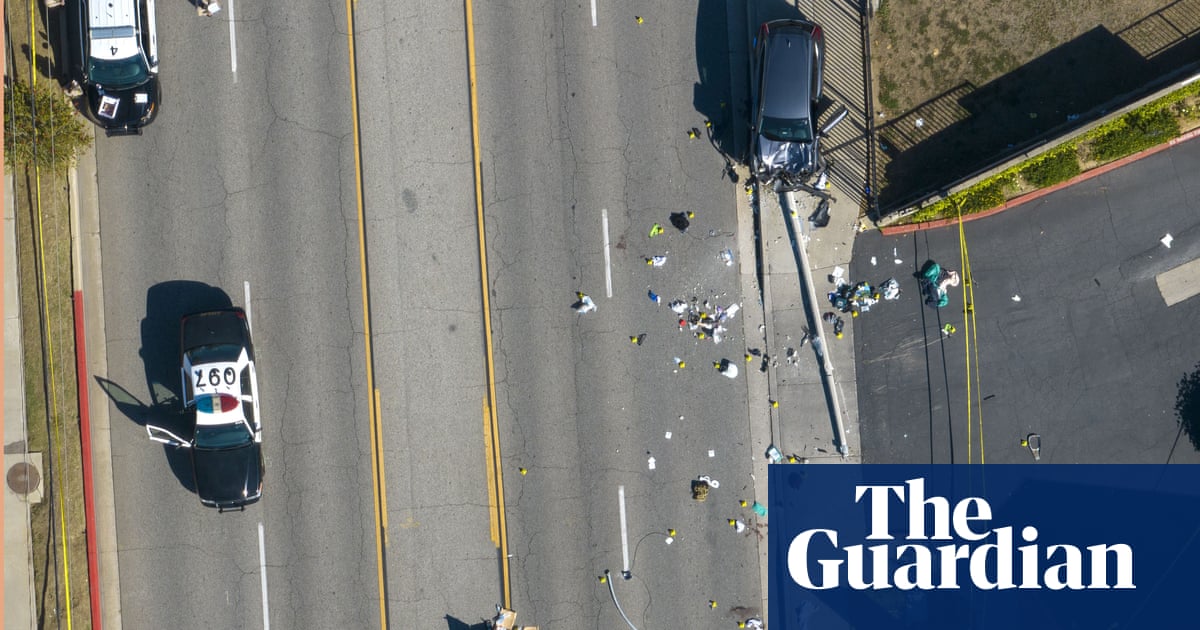 Authorities have arrested a 22-year-old driver on suspicion of attempted murder for allegedly plowing his vehicle into Los Angeles county sheriff’s academy recruits on a training run, injuring more than two dozen people.

The Los Angeles county sheriff’s department said in a statement on Thursday that Nicholas Joseph Gutierrez was arrested on Wednesday for investigation of attempted murder on a peace officer.

Authorities have said that a man driving an SUV early on Wednesday veered on to the wrong side of the road in suburban Whittier, crashing into recruits on a morning run and then hitting a nearby light pole. Five of them were critically injured, including head trauma, broken bones and “loss of limb”, Sheriff Alex Villanueva said Wednesday.

Authorities said a field sobriety test performed on the driver was negative.

Online jail records show Gutierrez is scheduled to appear in court on Friday. It is not immediately known whether Gutierrez has an attorney who can speak on his behalf.

A message was sent to the Los Angeles county district attorney’s office.

There were about 75 recruits from the Los Angeles sheriff’s department and several local police agencies running in formation in the street just before 6.30am when the crash occurred. They were wearing white T-shirts and green shorts, and accompanied by two black-and-white radio cars and eight road guards donning reflective vests as a safety precaution, sheriff’s authorities said.

Deputies got help from first responders from a nearby county fire station who immediately transported some of the most badly injured directly to hospitals.