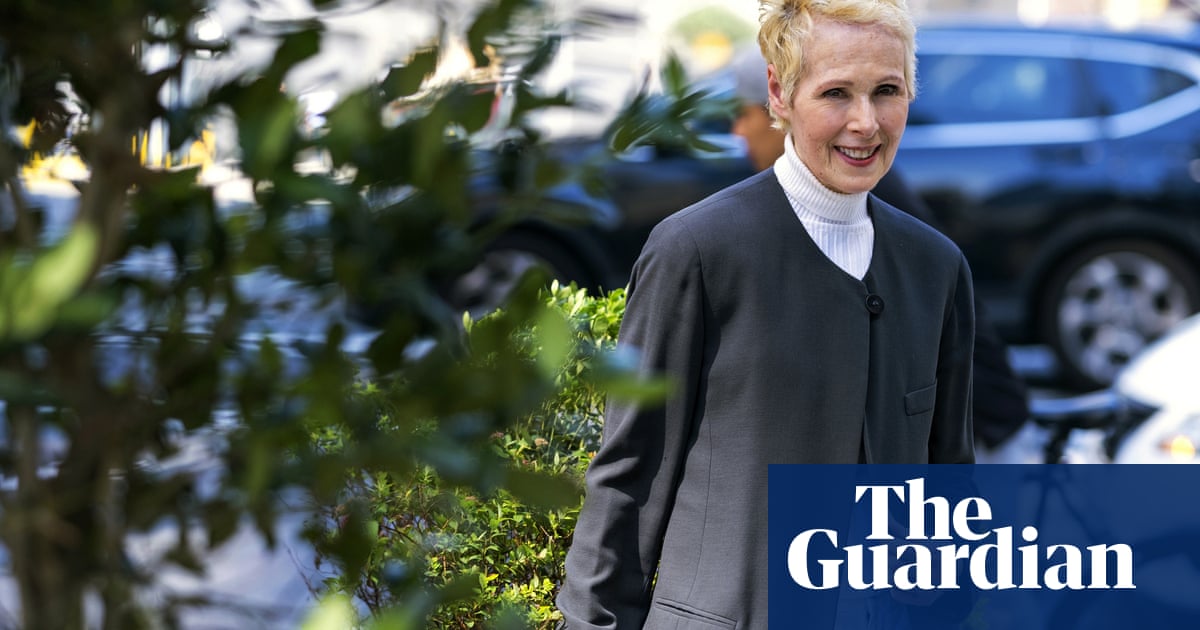 A New York law that temporarily allows adult survivors of sexual abuse to sue their abusers beyond the statute of limitations for civil claims came into effect on Thursday – and with it, the first of what could be hundreds of new legal actions.

Among the first claims filed under the Adult Survivors Act (ASA), signed into law in May by Governor Kathy Hochul, is that of E Jean Carroll, a writer who accused Donald Trump of rape. Carroll filed an upgraded lawsuit against Trump minutes after the new state law took effect.

Claims were also brought against JPMorgan and Deutsche Bank by lawyers acting for unnamed individuals who accuse the banks of turning a blind eye to alleged sex trafficking by the disgraced financier Jeffrey Epstein in order to “churn profits”.

The lawsuits, filed separately in a New York court, allege the banks “knowingly benefited and received things of value for assisting, supporting, facilitating, and otherwise providing the most critical service for the Jeffrey Epstein sex trafficking organization”.

JPMorgan, the largest US bank, is accused in the suit of “financially benefiting from participating” in Epstein’s alleged operation by providing financial support from 1998 to August 2013.

Deutsche Bank is accused of knowing it would “earn millions of dollars” from its relationship with Epstein. Both actions are seeking unspecified damages. A Deutsche Bank spokeswoman told the Wall Street Journal the claim “lacks merit” and the bank would present its arguments in court. A spokesman for JPMorgan in London declined to comment to the Journal.

According to Bradley Edwards, a Florida lawyer who has featured prominently in exposing Epstein’s alleged crimes and in seeking financial restitution from Epstein’s $577m estate, “Epstein and his co-conspirators could not have victimized without assistance from wealthy individuals and financial institutions”.

The class-action suit against JPMorgan also names Jes Staley, former head of JPMorgan’s private bank, who was forced to step down as chief executive officer of Barclays after UK regulators shared with Barclays the preliminary findings of their inquiry into what he told the Barclays board about his relationship with the disgraced financier.

“Staley made sure Epstein and his illegal sexual abuse organization was absolutely protected by the bank,” according to the lawsuit filed Nov. 24. Lawyers for Staley declined to comment, according to the Wall Street Journal. Bloomberg noted that “none of the allegations against Staley in the suit have been publicly proved”.

Carroll first made the claim in a 2019 book, saying Trump had raped her in the dressing room of a Manhattan luxury department store in 1995 or 1996. Trump responded to the book’s allegations by saying it could never have happened because Carroll was “not my type”.

His remarks led Carroll to file a defamation lawsuit against him, but that lawsuit has been tied up in appeals courts as judges decide whether he is protected from legal claims for comments made while he was president.

In her new claims, Carroll maintains that Trump committed battery “when he forcibly raped and groped her” – and that he defamed her when he denied raping her last month.

“Trump’s underlying sexual assault severely injured Carroll, causing significant pain and suffering, lasting psychological harms, loss of dignity, and invasion of her privacy,” the suit alleges, adding: “His recent defamatory statement has only added to the harm that Carroll had already suffered.”

Carroll’s attorney, Roberta Kaplan, said at a court hearing that her client “intends to hold Donald Trump accountable not only for defaming her, but also for sexually assaulting her, which he did years ago in a dressing room at Bergdorf Goodman”.

Trump, who has denied the allegations against him, said in a statement that Carroll “completely made up a story that I met her at the doors of this crowded New York City Department Store and, within minutes, ‘swooned’ her. It is a Hoax and a lie, just like all the other Hoaxes that have been played on me for the past seven years.”

The JPMorgan, Deutsche Bank and Carroll lawsuits may be the first of dozens of new actions to be filed through the New York legal window. A previous two-year window, the 2019 Child Victims Act, saw cases brought that would otherwise have been beyond the statute of limitations, including Virginia Giuffre’s settled claim against Prince Andrew.

Hundreds of lawsuits may now be forthcoming, including many by women who claim they were assaulted by co-workers, prison guards or medical providers, in part because it allows an institution like a hospital or jail to be held responsible.

“I think there will be some very interesting cases that come about in the employment cases where powerful men, who were supervising women or overseeing women, sexually assaulted them and they will be able to hold their perpetrator accountable but also their employers,” the attorney Doug Wigdor, who has represented women in many high-profile civil or criminal actions of the #MeToo era, told CNN.

New York’s department of corrections and community supervision said in a statement that it had “zero tolerance for sexual abuse, sexual harassment, and unauthorized relationships”.

Also anticipated are new lawsuits on behalf of about 40 women who claim they were subjected to unlawful sexual abuse by the former Columbia University gynecologist Dr Robert Hadden. About 150 claims against the gynecologist have already been settled.

Hadden was convicted in 2016 on sex-related charges in state court. He is due to be tried on federal charges of abusing female patients over two decades next year. He has pleaded not guilty.