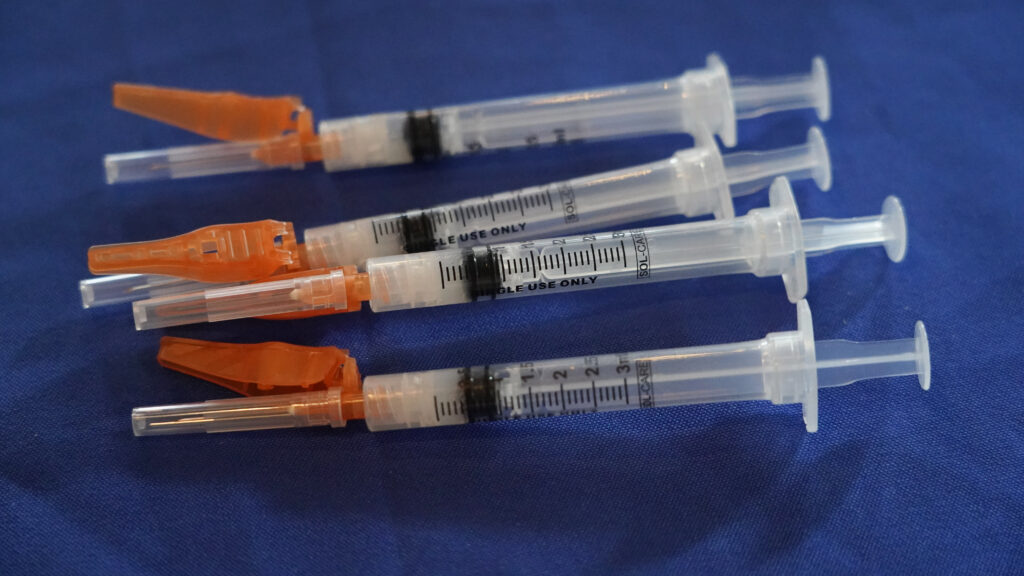 People who’ve received a third dose of a Covid-19 vaccine are reporting rates of side effects similar to those after the second dose, according to data released Tuesday by the Centers for Disease Control and Prevention.

The new report, published in the Morbidity and Mortality Weekly Report, relies on submissions from thousands of people who received third shots of the mRNA vaccines from Pfizer-BioNTech and Moderna after such doses were authorized for people with compromised immune systems. People submitted their reactions to v-safe, the CDC’s smartphone-based surveillance network.

Among more than 12,500 people who completed surveys after each shot, 79.4% of people reported local reactions (including itching, pain, or redness at the injection site), while 74.1% reported systemic reactions (mostly fatigue, muscle aches, and headaches), typically the day after the shot.  That compared to 77.6% and 76.5% of the people who reported local or systemic reactions, respectively, after their second shot.

Overall, among more than 22,000 v-safe registrants who’ve received third doses, “no unexpected patterns of adverse reactions were observed,” the report says. As of Sept. 19, some 2.2 million people in the United States had received additional doses of the Covid-19 vaccines.

The report focuses on the more common, less worrisome side effects of the mRNA vaccines, and doesn’t mention the very rare, but more serious events like anaphylaxis. Some vaccine side effects occur so infrequently that even studies of thousands of people don’t detect them; it’s only after the shots are administered into millions of arms that a connection becomes clear.

But the new data provide at least an early hint that in terms of immediate reactions, it doesn’t seem as if third shots cause more of a kick than the second shots did. Gathering such data is important as the government authorizes boosters for wider populations. Last week, the CDC recommended boosters for people 65 and older, adults with certain underlying health issues, and those who work places or living sites place them at higher risk of coronavirus exposure. So far, those recommendations only apply for people who received the Pfizer vaccine as their initial series, but boosters for the Moderna and Johnson & Johnson shots are expected to eventually be authorized.

“These initial findings indicate no unexpected patterns of adverse reactions after an additional dose of Covid-19 vaccines; most of these adverse reactions were mild or moderate,” the authors wrote in the new report.

The authors note that enrollment in v-safe is voluntary and is “likely not representative of the vaccinated U.S. population,” with the majority of participants identifying as white.

Overall, the Covid-19 vaccines have proven to be remarkably safe as well as effective, and generally, experts don’t anticipate a significant increase in the likelihood of most side effects with booster shots. But there is some concern in particular with third doses of the mRNA vaccines and myocarditis and pericarditis, two types of heart inflammation that have appeared at the highest rates among boys and young men soon after the second shot. The worry is that a third shot could carry an even higher risk — though for now, that’s just a concern — for that population, which in general remains very well protected by two doses of the vaccine. It’s led to a debate about whether third shots will be justified at some point for young men and boys broadly.