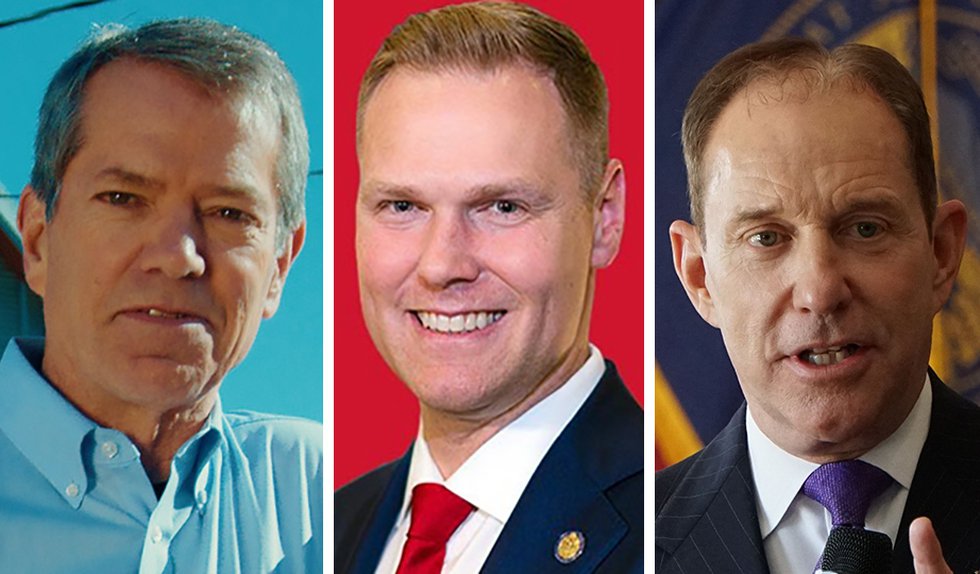 OMAHA, Neb. (WOWT) – As expected, the Republican primary race for Nebraska governor was close — until it wasn’t.

According to the Nebraska Secretary of State’s website, Brett Lindstrom led the pack in very early results released right at 8 p.m. Tuesday, but Jim Pillen was within a 0.5% by 9:30 p.m. with Charles Herbster in third with 26.5%.

Pillen tightened the gap not long after, and The Associated Press called the race for him at about 10:30 p.m.

This crowd is fired up.

Herbster’s loss also brought about a loss in former President Trump’s camp. Trump was in Nebraska just nine days earlier stumping for the candidate he endorsed early in the race — and endorsement that led to a prickly exchange with Gov. Pete Ricketts, who later endorsed Pillen.

Nine people were in the Republican race for governor; four did the most advertising.

Often in elections, you follow the money. At last check earlier this month:

Ahead of the polls closing, 6 News asked an Omaha political consultant if he had any predictions for Tuesday night.

“I remarked earlier today to a friend of mine — there are two kinds of people who know what’s going to happen in Nebraska right now: those who want to brag at cocktail parties and those who are full of it, and usually those are the same people,” said Ryan Horn with Bulldog Communications. “The fact of the matter is, it’s very difficult to predict what will happen.”