Republican lawmakers and state attorneys general are preparing to make their most aggressive assaults on environmental, social and governance investing to date after victories in the House and courts.

Rep. Patrick McHenry of North Carolina, the likely chairman of the House Financial Services Committee, and Attorney General Patrick Morrisey of West Virginia are among several Republican officials with new ammunition to fight the Securities and Exchange Commission and investment firms on ESG.

McHenry and Morrisey have yet to speak in depth about what’s next in their fights against an ESG agenda embraced by Democrats, who will retain control of the Senate and federal agencies for at least two more years. But both Republicans see the Supreme Court’s recent West Virginia v. Environmental Protection Agency decision restricting federal agency rulemaking as a key tool to challenge the SEC’s climate disclosure work and other ESG efforts.

“As the recent West Virginia v. EPA Supreme Court decision made clear, there is a limit to regulators’ statutory authority,” McHenry said in a statement to Bloomberg Law.

McHenry said he and his fellow House Financial Services Committee Republicans “will work together to conduct appropriate oversight of activist regulators and market participants who have an outsized impact.”

McHenry, an outspoken critic of ESG, has lambasted Democrats on the financial services panel for their focus “on social issues rather than economic issues.” He’s made his feelings about the SEC and its chair, Gary Gensler, clear, calling the agency’s leader out multiple times for pursuing rulemaking without enough opportunity for public input.

“The SEC should focus on its core mission—protecting investors; maintaining fair, orderly, and efficient markets; and facilitating capital formation—rather than a far-left social agenda,” McHenry said earlier this year.

The SEC is crafting climate disclosure requirements for as early as 2023 that would task companies with making disclosures about their greenhouse gas emissions and risks from climate change.

Even if Republicans aren’t able to pass laws that would restrict the regulator’s various rulemaking moves, the oversight hearings “could influence the direction” of the SEC’s rulemaking said Andrew Olmem, a Mayer Brown partner who previously worked in the Trump administration and was Republican chief counsel to the Senate Banking Committee.

The committee is certain to haul Gensler into hearings on Capitol Hill. The SEC chair has not testified before the committee this year, which has been “a source of concern and frustration” for the Republicans, Olmem said.

Republicans are also likely to press the regulator over a technological glitch that recently prompted it to reopen several rulemaking comment periods, said Jane Norberg, an Arnold & Porter partner who previously worked at the SEC. She also expects the committee to drill down into defining “what ESG investing truly means.” 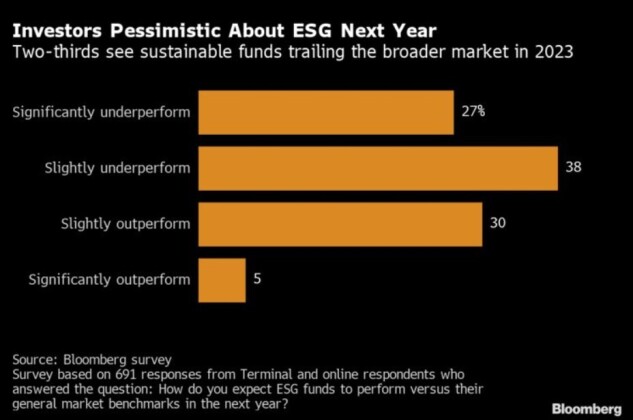 West Virginia v. EPA will help form the backbone of McHenry’s attacks on the SEC and foster a Republican narrative about agency overreach ahead of any litigation, said Isaac Boltansky, a BTIG managing director, who follows financial services policy issues. Agencies need clear permission from Congress to write rules that have major economic or political effects, under the June Supreme Court decision.

But McHenry’s anti-ESG sentiments are unlikely to stop the SEC’s climate disclosure rules on their own, he said.

“The McHenry efforts here are going to influence the court of public opinion probably more than any actual court,” Boltansky said.

In the actual courts, West Virginia’s Morrisey has emerged as one of the leading foes of what he calls the Biden administration’s “woke ESG agenda.” The West Virginia attorney general threatened to sue the SEC if it requires companies to make ESG disclosures in March 2021, a year before the commission released its climate disclosure proposal.

“Republican attorneys general will be on the front line pushing back,” Morrisey said in a statement to Bloomberg Law.

Last month, Morrisey and attorneys general in 20 other states launched an attack on the Commodity Futures Trading Commission, demanding that the agency halt “its foray into climate emissions regulation.” The letter to CFTC Chair Rostin Behnam—which included Morrisey’s counterparts from Alabama, South Carolina and Texas, among others— said the regualtor overreached when seeking information on climate-related financial risk to the derivatives markets and underlying commodities markets.

And earlier this month, Kentucky Attorney General Daniel Cameron launched an investigation into financial institutions including Vanguard Group Inc. and State Street Corp. over their ESG investment practices. The attorney general is seeking documents over ESG practices as well as what the companies have agreed to as members of climate initiatives including the investor-led Climate Action 100+.

“Kentucky’s Consumer Protection laws prohibit companies from placing a climate agenda ahead of the financial profitability of their client’s investments,” said Cameron in a press release.

In response, the Kentucky Banker’s Association filed a lawsuit against the attorney general for allegedly exceeding his legal authority in launching the probe.

Republicans have also ramped up warnings that corporate ESG efforts could violate antitrust laws. The move took off earlier this year when 19 Republican state attorneys general, including Cameron and Morrisey, wrote a letter to asset manager BlackRock Inc. calling out its role in a climate initiative as “collusion.” The thinking has caught on: five Republican senators put the nation’s largest law firms on notice this month that their clients face risks when participating in “climate cartels and other ill-advised ESG schemes.”

The litany of attacks piling onto investment firms and companies will likely make some businesses think twice about how to navigate ESG, said Lori Kalani, a co-chair of Cozen O’Connor’s state attorneys general practice.

“There’s a certain pause that comes with all this uncertainty,” Kalani said. “While something’s being litigated, fought, attacked, it just sort of puts some sand in the gears.”

Republican attempts to use antitrust law in a “very creative” way to thwart climate initiatives, for example, could be targeted at financial services institutions to stop them from using ESG factors in their decision making, said Tom Burton, chair of the energy and sustainability practice at Mintz, Levin, Cohn, Ferris, Glovsky and Popeo, P.C.

Companies will also need to navigate attorneys general alleging consumer fraud or unfair trade practices in ESG investigations. For example, attorneys general from 19 states, led by Eric Schmitt in Missouri, launched an investigation into Morningstar, Inc. and its subsidiary Sustainalytics in August accusing the company of an anti-Israel bias and potential violations of consumer protection and anti-boycott, divestment and sanctions laws.

While more spats over ESG are looming across the US, fatigue over the acronym’s role as the latest political football is setting in.

“My main frustration is that the ESG space has become politicized,” said Burton. People are aligning with political parties on ESG “instead of people thinking independently about whether a particular policy makes sense,” he said. “It’s quite frustrating to see that politics take hold here.”