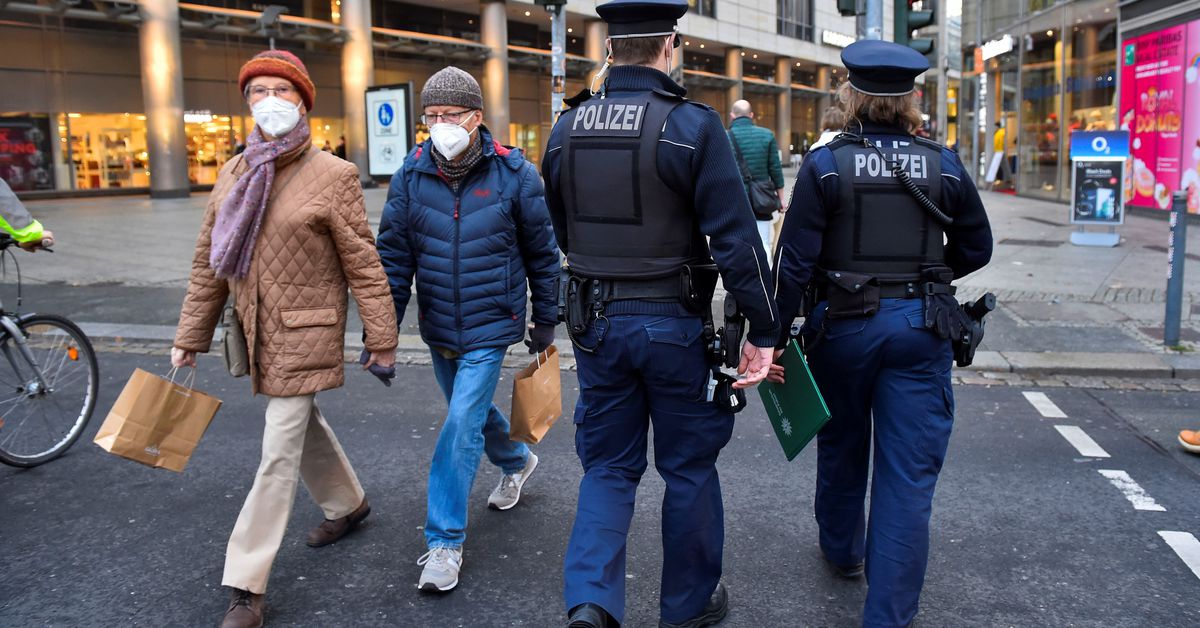 LONDON/GENEVA, Nov 26 (Reuters) – Global authorities reacted with alarm on Friday to a new coronavirus variant detected in South Africa, with the EU, Britain and India among those announcing stricter border controls as scientists sought to determine if the mutation was vaccine-resistant.

Scientists are still learning about the variant, identified this week, but the news pummelled global stocks and oil amid fears what new travel bans would do to already shaky economies across southern Africa.

The variant has a spike protein that is dramatically different to the one in the original coronavirus that COVID-19 vaccines are based on, the UK Health Security Agency said, raising fears about how current vaccines, successful against the more familiar delta variant, will fare.

“As scientists have described, (this is) the most significant variant they’ve encountered to date,” British Transport Secretary Grant Shapps told Sky News.

The World Health Organization (WHO) is to hold a meeting in Geneva at 1100 GMT. Experts will discuss the risks it presents and if it should be designated as a variant of interest or variant of concern, WHO spokesperson Christian Lindmeier said.

Nearly 100 sequences of the variant have been reported, and early analysis shows it has “a large number of mutations” requiring further study, Lindmeier said.

One epidemiologist said it may be too late to tighten travel curbs.

“I think we have to recognise that most likely this virus is already in other places. And so if we shut the door now, it’s going to be probably too late,” said Ben Cowling of the University of Hong Kong.

South Africa will speak to British authorities to try to get them to reconsider their ban, the foreign ministry in Pretoria said.

“Our immediate concern is the damage that this decision will cause to both the tourism industries and businesses of both countries,” Foreign Minister Naledi Pandor said in a statement.

The variant, called B.1.1.529, has also been found in Botswana and Hong Kong, according to the UK Health Security Agency. Israel said it was barring its citizens from travelling to southern Africa after one case of the new strain was found in a traveller returning from Malawi.

“We are currently on the verge of a state of emergency,” Prime Minister Naftali Bennett said, according to a statement from his office.

“Our main principle is to act fast, strong and now.”

European countries had already been expanding booster vaccinations and tightening curbs as the continent battles a fourth wave of the coronavirus, led by the delta variant, with many reporting record daily rises in cases.

The new wave and discovery of the new variant come as Europe and the United States enter winter, with more people gathering indoors in the run-up to Christmas, providing a breeding ground for infection.

Italy imposed an entry ban on people who have visited southern African states in the last 14 days, and Germany will declare South Africa a virus variant area, a health ministry source said.

India issued an advisory to all states to test and screen international travellers from South Africa and other “at risk” countries after easing some of its travel restrictions earlier this month.

Singapore’s health ministry said it would also restrict arrivals from the region, and Japan tightened border controls for visitors from South Africa and five other African countries.

The coronavirus has swept the world in the two years since it was first identified in central China, infecting almost 260 million people and killing 5.4 million.

Reporting by bureaux across the world; Writing by Miyoung Kim and Nick Macfie; Editing by Philippa Fletcher and by John Stonestreet