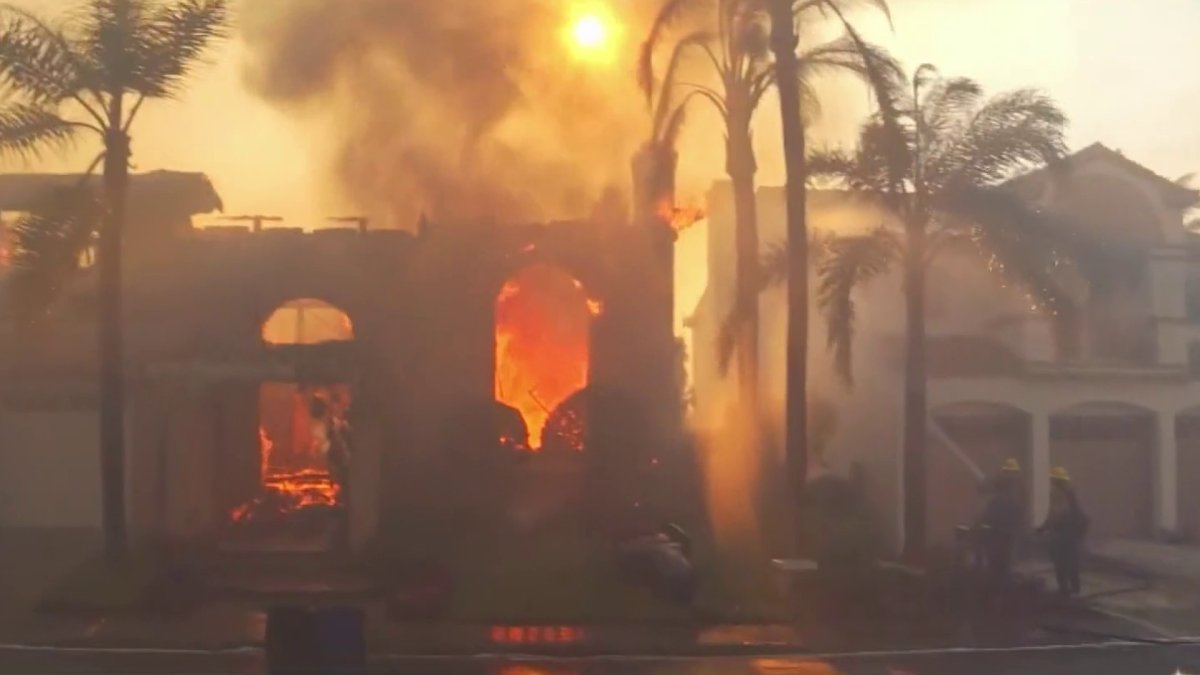 Evacuations were ordered as possibly as many as at least a dozen homes burned in a Laguna Niguel neighborhood where a wildfire fanned by ocean winds climbed a brush-covered hillside.

Evacuations were ordered in the Coronado Pointe and Pacific Island Drive areas, while voluntary evacuation orders were issued in the Balboa Nyes and Moulton Meadows neighborhoods in Laguna Beach. Students taking part in after-school activities at Laguna Beach High School were also evacuated, according to the school district.

A home was gutted in the Coastal Fire in Laguna Niguel. Vikki Vargas reports for the NBC4 News on Wednesday, May 11, 2022.

Water-dropping aircraft are part of the fight against the Coastal Fire in Aliso Woods Canyon.

Details about how the fire started at roughly 3 p.m. were not immediately available.

Evacuation orders were issued for neighborhoods in Laguna Niguel as the Coastal Fire spreads through hill-side neighborhoods.

The fire is burning below a neighborhood at the top of the canyon. As flames climbed the canyon wall, thick smoke drifted over the neighborhood.

The fire tore through thick brush as it burned uphill toward Aliso Summit Trail and the neighboring homes.

The area is between Aliso Viejo and Laguna Niguel. Smoke could be seen for miles along the Orange and Los Angeles county coasts.