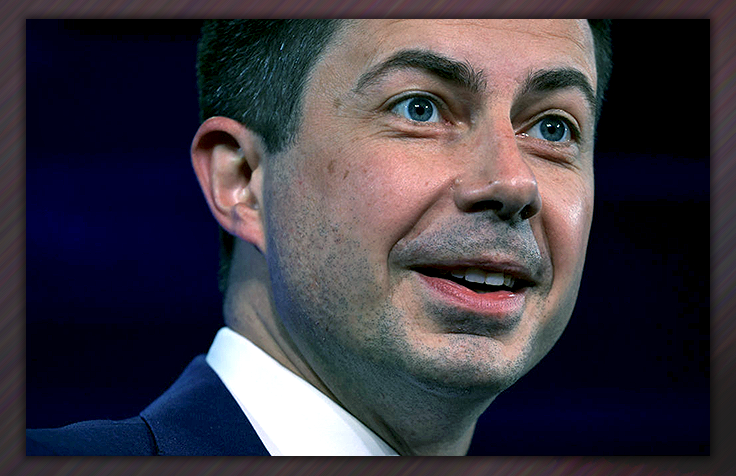 Claim: Pete Buttigieg is “a star of Biden’s cabinet.”

The failing New York Times, in an article published Friday about how the nation’s “air travel debacles” have “placed an unwelcome spotlight” on the secretary of transportation. It goes on to describe Buttigieg as “a cabinet member whose prior managerial experience came on a far smaller stage” and “whose image relies heavily on his technocratic wonkiness.”

Buttigieg, 41, ran for president after serving two terms as mayor of South Bend, the fifth-largest city in Indiana, the 17th-largest state in America. Based on this experience, as well as his ability to appeal to Democratic primary voters in irrelevant states (Iowa and New Hampshire) that are 90 percent white, President Joe Biden decided to put Buttigieg in charge of the U.S. Department of Transportation. He’s not very good at his job.

Before entering politics, Buttigieg worked as a consultant for McKinsey & Company, where he served on the front lines of corporate downsizing and advised a Canadian supermarket chain that was fixing bread prices.

The mainstream media are hopelessly out of touch with the average American voter. Political journalists and other so-called experts continue to insist that Buttigieg is a rising star in the Democratic Party. They said the same thing about Beto O’Rourke and Stacey Abrams and Kirsten Gillibrand and Kamala Harris, among others.

Journalists are obsessed with politicians like Buttigieg—a boring nerd who enjoys homework—because he reminds them of themselves. They are convinced the world would be a better place if people like them had the power to tell ordinary Americans how to live their lives. He has been called a “brilliant person” and a “Michael Jordan-level cable TV guest,” among other false claims.

Though it’s true that Buttigieg is a part of Biden’s cabinet, there is no compelling evidence to suggest he is a “star” member of that cabinet. It seems especially ill-advised to use that word in an article that readily acknowledges his lack of experience and explains how his tenure has been marred by controversy and accusations of poor leadership. The sooner these people realize Pete Buttigieg is never going to be president, the better.

Verdict: We rate this claim 4 Clintons.