FIRST ON FOX: The family of Amer Fakhoury, a former U.S. hostage who was detained during a family vacation in Lebanon in 2019, is blasting President Biden’s nominee to be the State Department’s coordinator for counterterrorism, Elizabeth Richard, who was the U.S. ambassador to Lebanon during Fakhoury’s imprisonment.

“As the family of the late U,S. hostage, Amer Fakhoury, we are shocked by the news that Ambassador Richard is being confirmed as the next counterterrorism CZA in the State Department,” Fakhoury’s family said in a statement to Fox News. “Our father would still be here today if the US embassy under Ambassador [Richard] prioritized an American citizen’s life first instead of catering to the Hezbollah backed Lebanese government.”

AMERICAN MAN WHO WAS DETAINED IN LEBANON FOR SIX MONTHS DIES OF CANCER, FAMILY SAYS 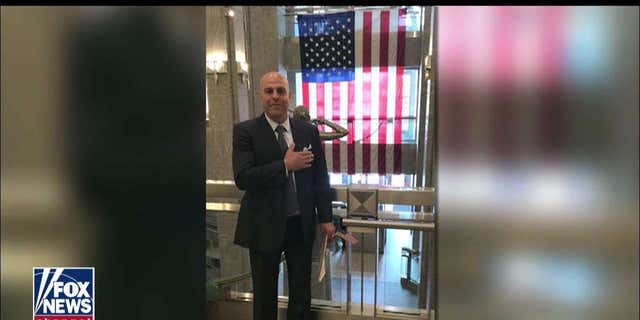 Amer Fakhoury after getting U.S. citizenship.

Fakhoury, who is now deceased, was arrested in his native Lebanon during a family trip in September 2019 after a Hezbollah-backed newspaper accused him of torturing Hezbollah and Palestinian prisoners in the 1980s and 1990s. Fakhoury, of New Hampshire, was never previously accused of the charge, and his family and attorney denied it.

The 57-year-old father of four developed cancer during his forced incarceration in Beirut, where he was beaten and tortured and held without charges for six months. Eventually, Sen. Jeanne Shaheen, D-N.H., and Sen. Ted Cruz, R-Texas, proposed bipartisan sanctions against senior Lebanese officials involved in Fakhoury’s unlawful detention, and the State Department pushed for his freedom. A Lebanese military judge responded to the mounting pressure by charging Fakhoury with murder, attempted murder of prisoners, kidnapping and torture.

Soon after, the Trump administration got its choice of ambassador, Dorothy Shea, confirmed by the Senate in February 2020, and she also started lobbying for Fakhoury’s release – despite threats to herself and the American embassy. Meantime, Fakhoury’s cancer was getting worse, and news of an imminent release was leaked to the press. Fakhoury was then secretly taken to the U.S. embassy, where he stayed with his wife and lawyer.

While the Lebanese courts were deciding his fate – the judge on his case was a Hezbollah sympathizer – American forces rescued Fakhoury in March 2020 despite a Hezbollah-affiliated judge attempting to block his release, which was ordered by a military tribunal.

Fakhoury died five months after returning to the U.S. 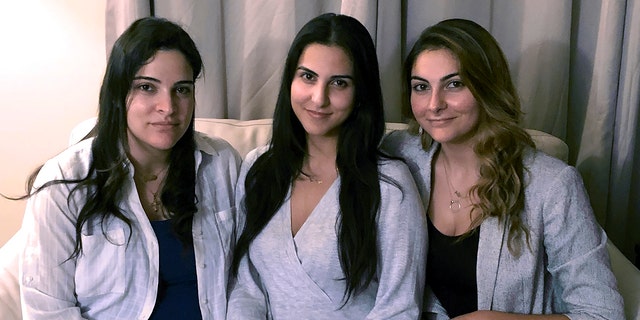 In their written statement, Fakhoury’s family blamed Richard for not making his release a priority during her time as ambassador.

“Amer Fakhoury was illegally held in Lebanon for 7 months and died shortly after returning to the states because of the torture and bad conditions he faced in Lebanon,” the statement said. “Amer was kidnapped by the Lebanese General Security and under Ambassador [Richard], the US failed to locate him for the first 24 hours. During Amer’s illegal detention, there was no transparency in how the case was being handled by the US [Embassy] in Lebanon. It seemed as if Ambassador [Richard] did not understand Hezbollah’s role in Lebanon, because there were many times that she sided with the Lebanese government instead of standing to protect an American Citizen.”

“Our father was dying in the prison cell and the doctor that was hired by the Lebanese government reported to Ambassador [Richard] that our father was doing fine and [Richard] believed them,” it continued.

Tony Badran, a Lebanon expert with the Foundation for Defense of Democracies, echoed similar sentiments when reached by Fox News.

“Richard’s time as Lebanon ambassador was a counterterrorism disaster. She covered for pro-Hezbollah Lebanese security agencies and armed forces, even when they took an American citizen hostage and physically abused him while in their custody,” Badran said. “Everyone knew they were acting to advance Hezbollah’s agenda, including trying to arrange a prisoner swap for a Hezbollah terror financier who was serving time in the U.S.” 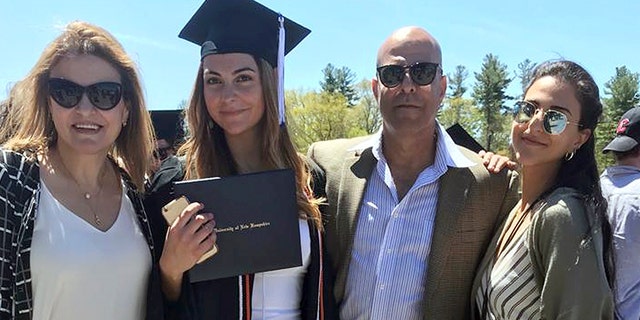 Amer Fakhoury gathers with family members at the University of New Hampshire in Durham in May 2019.  (AP/Guila Fakhoury)

The news comes as Richard faces intensifying scrutiny over her tenure as ambassador. Nine former U.S. officials and current congressional aides told Politico that Richard, who left the office on Feb. 14, 2020, single-handedly turned away a small military force deployed to Beirut for protection of the U.S. embassy following the assassination of Qassem Soleimani.

“It was perceived as an act of insubordination,” a former U.S. official told the outlet.

In a statement, a State Department spokesperson told Politico “[t]his decision was made in coordination with many stakeholders within the Department, and not by one person alone. In close consultation with our Diplomatic Security specialists, this request was made to ensure the safety and security of our embassy staff.”

Richard appeared Tuesday before the Senate Foreign Relations Committee for her confirmation hearing, saying she is “deeply grateful to President Biden and Secretary Blinken for their support and confidence in me.”

“Terrorist groups threatening the United States and our partners today are more geographically dispersed, more ideologically diverse, and more technologically adept than ever before,” she said. “We must remain vigilant in addressing this dynamic and complex terrorist landscape.”

The State Department pushed back against the Fakhoury family’s criticism of Richard, telling Fox News Digital in a statement that the former ambassador was a “constant advocate” for Fakhoury.

“As a general matter, Ambassador Richard devoted her final months in Lebanon to ensuring Amer Fakhoury’s release and return home to his family,” a senior State Department official said. “She engaged extensively with his family, his legal representation, Congress, and the Lebanese government. She was a constant advocate for him with Lebanese counterparts. In her last meeting with the Lebanese President before leaving Beirut, Ambassador Richard raised one substantive issue: Fakhoury’s case. He was subsequently released within weeks to join his family in the United States.