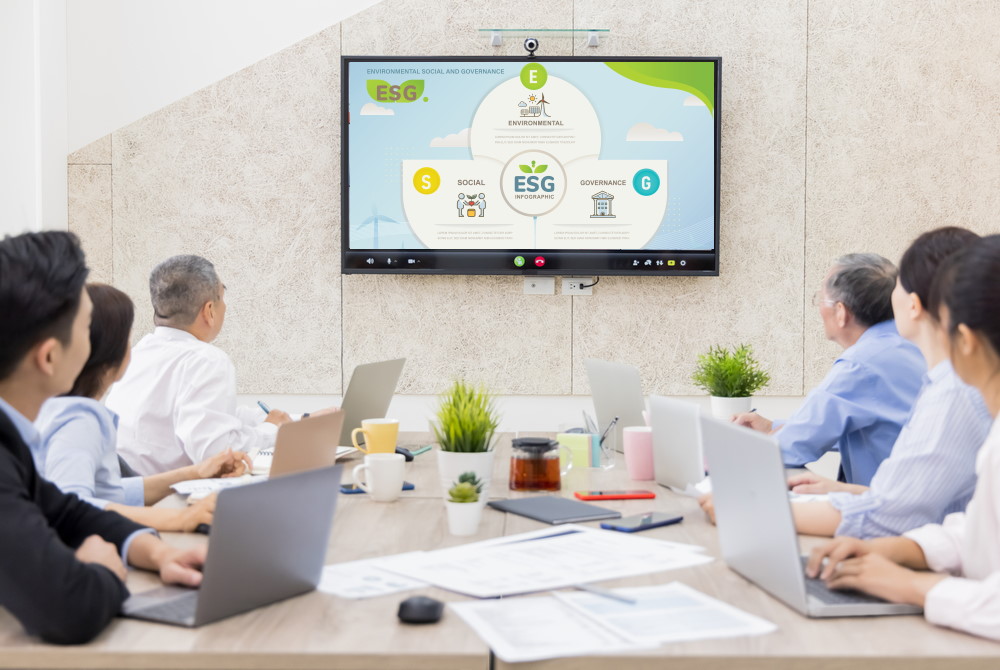 Recent indications suggest that support for environmental, social, and governance (ESG) activism—sometimes called “woke capitalism”—may be wavering within corporate America. Even BlackRock appears to be backing off its support for climate change shareholder resolutions this year. At the same time, activists filed a record number of ESG resolutions in 2022 while talking about being “on the cusp of systemic economic transformation.”

This trend—if indeed that’s what it proves to be—may prove consequential. ESG activists generally require the acquiescence of corporate management, the voting power of giant asset managers, or both in order to be successful. “Success” in this context is defined as bringing about changes at influential companies that align with the activist’s particular (usually liberal) sociopolitical worldview. As others have pointed out, this process has troubling implications for both capitalism and democracy.

Woke capitalism is incremental—its advocates would call it “progressive”—so if the business elite does in fact become collectively less receptive to the ever-growing demands of left-of-center ESG activists, what happens next? Legislation and regulation are available options, with the Securities and Exchange Commission’s proposed climate change disclosure rule a prominent and controversial example of the latter—though it hardly represents an endgame for activists. It is therefore worth thinking about just where some in the ESG-oriented Left envision their movement ultimately heading.

One perennially percolating proposal is the idea of federally chartering large American companies. Corporations currently file their charters (also known as their articles of incorporation) with state governments—classically Delaware—and are governed by state law. The articles spell out basic information about the company and are not particularly detailed. Most corporations, for example, define their purpose in the charter as simply to engage in lawful activities.

Some advocates propose federalizing this system and creating something akin to a “United States Corporation” that would be chartered by a federal agency. Critically, they envision using the charter’s terms to limit corporate activities in ways those activists find desirable. The idea has yet to gain meaningful political traction, though the flame—such as it is—of federal charters has been burning for generations. Ralph Nader made his case for it in the 1976 book Taming the Giant Corporation.

A federal chartering system was more recently included in a book-length compilation of policy proposals made for the incoming Obama Administration by the left-wing think tank Institute for Policy Studies. The author of that section, Charlie Cray, promoted it as a means of controlling corporate size, activities, and governance up to the point where “entire industries could be restructured to make the profit motive subservient to a broader purpose.”

At the time, Cray was serving as director of the Center for Corporate Policy, a project of the 501(c)(3) nonprofit Essential Information (incidentally, founded by Nader in 1982). He is now a senior research specialist at Greenpeace USA, one of the groups that supported the 2018 Accountable Capitalism Act (ACA)—the highest-profile proposal for a federal chartering scheme in recent memory.

Introduced by Sen. Elizabeth Warren (D-MA) to considerable media attention, the ACA proposed that all American corporations with more than $1 billion in annual revenue be required to obtain a federal charter. That charter would in turn require all such companies to operate for the “purpose of creating a general public benefit,” considering the interests of shareholders, employees, customers, the environment, and other “community and societal factors.” The bill would also have required that at least 40 percent of a company’s board be elected by employees, restricted stock sales by company insiders, and imposed shareholder and director authorization thresholds for corporate political expenditures.

Conservatives rightly labeled the proposal socialist, and some socialists tepidly agreed. An article in Jacobin argued that while the bill was a “ruse” and obviously had no chance of becoming law, socialists should nevertheless embrace it and thank Warren for elevating its provisions—particularly with respect to employees electing directors—to “the agenda of national political debate for the first time in forever.” Indeed, the author suggested that the far Left should begin demanding that Democratic politicians endorse it as a litmus test.

Traction at the Open Markets Institute?

Last year, Daniel A. Hanley of the liberal anti-monopoly group Open Markets Institute wrote an in-depth article for the left-of-center journal Democracy, arguing that “lasting change to reducing the power of corporations cannot be complete without” a federal chartering system. Hanley suggested that such a charter could be used to restrict the size and structure of a corporation, limit the industries in which it is permitted to operate, expand required disclosures, or mandate that its board be of a specific racial/ethnic composition.

Although relatively small (reporting revenue of $2.6 million in 2020, down from $5 million in 2019), Politico has remarked on the Open Markets Institute’s record of being ahead of the curve on liberal policy proposals regarding Wall Street—influencing the political debate by turning once-niche ideas into mainstream discussion topics on the left. In other words, it probably makes sense to pay attention to what the group is saying now.

This is doubly true given some of the Open Markets Institute’s personnel and their connections to the Biden Administration. Most prominently, its former legal director Lina Khan now chairs the Federal Trade Commission. National Economic Council official Timothy Wu and now-withdrawn controversial nominee for U.S. Comptroller of the Currency Saule Omarova are former members of its advisory board. Among the organization’s current board members are former Lieutenant Governor of Missouri Joe Maxwell and Laura Quinn, president of the major Democratic data firm Catalist.

The Open Markets Institute operates as a 501(c)(3) nonprofit, having acrimoniously spun off from New America in 2017. Its major funders include the Knight Foundation, Ford Foundation, Hewlett Foundation, and Nathan Cummings Foundation—all of which owe their creation and existence to corporations that generated (and continue to generate) tremendous value for their shareholders.

Ideas that initially sound quite radical can, if repeated often enough, begin to appear more plausible over time in the minds of both politicians and the general public. This transition can accelerate if activists feel that other methods of achieving their desired outcomes are not bearing fruit.

Part of the Accountable Capitalism Act, for example, was specifically modeled on the benefit corporation, which is a structure through which a business may properly pursue objectives other than generating shareholder value. A series of resolutions supported by a nonprofit called the Shareholder Commons in 2021 sought to have major companies like BlackRock, Alphabet (Google), and Amazon recast themselves as benefit corporations for just that purpose. Those resolutions proved highly unpopular with shareholders—one filed at Apple received just 3.1 percent support—so the campaign was largely abandoned for 2022.

It remains to be seen whether the idea of federally chartering corporations becomes a dedicated priority for the ESG-oriented Left and whether it gains meaningful political traction. At the moment it’s certainly a fringe proposal. That said, it’s important to pay attention to exactly where activists are planting stakes on issues, if only to understand just how far they might take things if they had their druthers.