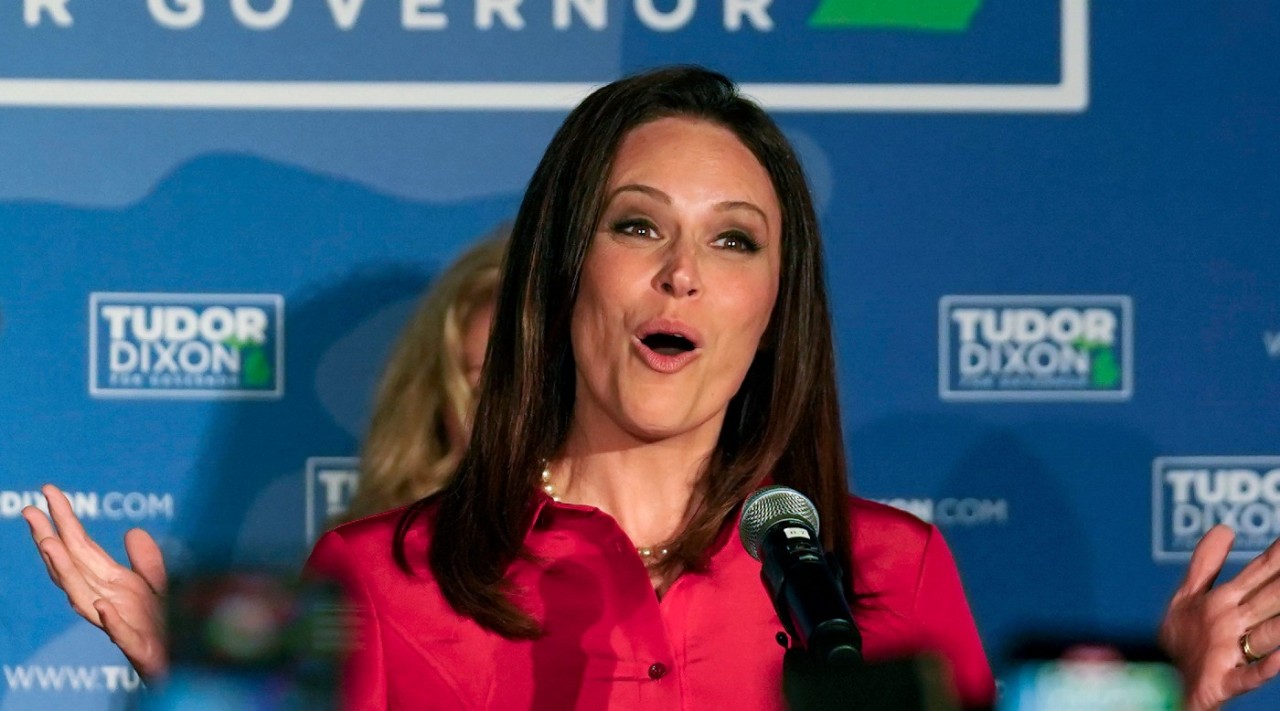 In Kansas, voters rejected a proposed amendment that would have opened the door for state lawmakers to restrict — or even ban — abortions. Meanwhile, in some hotly contested primaries, Republicans appear poised to break with former President Trump and his candidates of choice.

And in Missouri, a late effort to weaken former Gov. Eric Greitens in the GOP Senate primary proved successful.

Here are five takeaways from the primaries in Arizona, Michigan, Missouri, Kansas and Washington.

Kansas voters became the first in the nation on Tuesday to make a decision on abortion rights since the Supreme Court overturned Roe v. Wade in June. The result: They rejected a proposed amendment that would have paved the way for the Republican-led state legislature to ban the procedure.

The failure of the ballot referendum came as something of a surprise. Recent polling from the Kansas City-based firm Co/efficient showed that 47 percent of Kansans planned to vote in favor of the proposed amendment, compared to 43 percent who said they would vote against it.

Kansas isn’t the only state where abortion rights are on the ballot this year. But the sound rejection of the so-called Value Them Both amendment — and the stunningly high turnout for a midterm election primary — was a significant victory for abortion rights advocates and an early sign of the political backlash against the Supreme Court’s decision to do away with the precedent set by Roe v. Wade.

The defeat of the proposed amendment is also likely to be seen by Democrats as a sign that their strategy to home in on abortion rights just might work.

Facing otherwise tough political headwinds this year, the party and its candidates are hoping that anger over the Supreme Court’s decision and efforts by several states to ban abortions could help motivate their voters in a year in which Republicans believe they have the momentum.

Greitens spent much of the past year as the apparent front-runner in the race for the state’s GOP Senate nomination, worrying many Republicans who believed that the many controversies and scandals surrounding the former governor could jeopardize their hold on the seat in November.

The collapse of Greitens’s Senate prospects came on the heels of an aggressive push to weaken him ahead of the primary. One group, the Show Me Values PAC, spent heavily in the final weeks before the Tuesday vote on advertising highlighting allegations of domestic violence against Greitens.

That effort drew donations from top GOP donors, including Pete Ricketts, the wealthy governor of Nebraska.

Greitens had hoped that a possible endorsement from Trump might help push him across the finish line in the primary. But even that didn’t play out the way he had hoped: On Monday, Trump endorsed an unspecified “ERIC,” prompting both Greitens and Schmitt to claim that they had the former president’s support.

Greitens’s loss on Tuesday put an end to the latest chapter in a controversial political career, much to the relief of many top Republicans.

A mixed night for Trump

For a former president who likes to boast about his winning streak, Trump may be dealt at least a couple losses in Tuesday’s primaries.

In Arizona, Trump-endorsed former local TV anchor Kari Lake has a slight lead over Republican Karrin Taylor Robson in what is shaping up to be a nail-biter in the state’s GOP gubernatorial primary. Among Robson’s notable endorsers: Arizona Gov. Doug Ducey and former Vice President Mike Pence.

It’s not all bad news for Trump. Blake Masters, his endorsed candidate in Arizona’s GOP Senate primary, is still the favorite to capture the nomination, while Tudor Dixon, whom Trump backed just last week, clinched the Republican nod for governor in Michigan.

Then there’s Missouri, where Trump vaguely endorsed an “ERIC” in the GOP Senate primary. Eric Schmitt won that race, while Eric Greitens lost. Regardless, Trump will likely tout that as a victory.

For the 10 House Republicans who voted last year to impeach Trump for his role in the Jan. 6 riot at the U.S. Capitol, the outlook has been bleak this year. Four have opted not to run for reelection, while one other has already been ousted in a primary.

But in Washington state, two of those House Republicans, Herrera Beutler and Newhouse, appear likely to survive another day. Both are currently sitting in the top two in their districts’ all-party primaries, and if they stay there, they’ll advance to the November general elections.

For Rep. Peter Meijer (R-Mich.), however, the outlook isn’t so good. The first-term congressman is on track to lose his primary to John Gibbs, a former Trump administration official who has the backing of the former president — and who was also boosted by Democrats.

If Meijer loses — and that appears the likely outcome, as of now — he’ll be the second pro-impeachment House Republican to fall in a primary this year after Rep. Tom Rice (S.C.).

And Meijer may also not be the last casualty of Trump’s revenge campaign. Rep. Liz Cheney (Wyo.), one of the former president’s most prominent GOP critics, is facing a Trump-backed primary challenge later this month.

Progressives have had a mixed track record in 2022 defined by a series of high-profile victories and high-profile losses. Tuesday, however, wasn’t a good night for them.

There were at least a couple bright spots for the Democratic Party’s left flank. Reps. Cori Busch (D-Mo.) and Rashida Tlaib (D-Mich.), two members of the “Squad” of progressive House members, easily won their primaries on Tuesday, though neither faced a dire threat to their re-nominations.