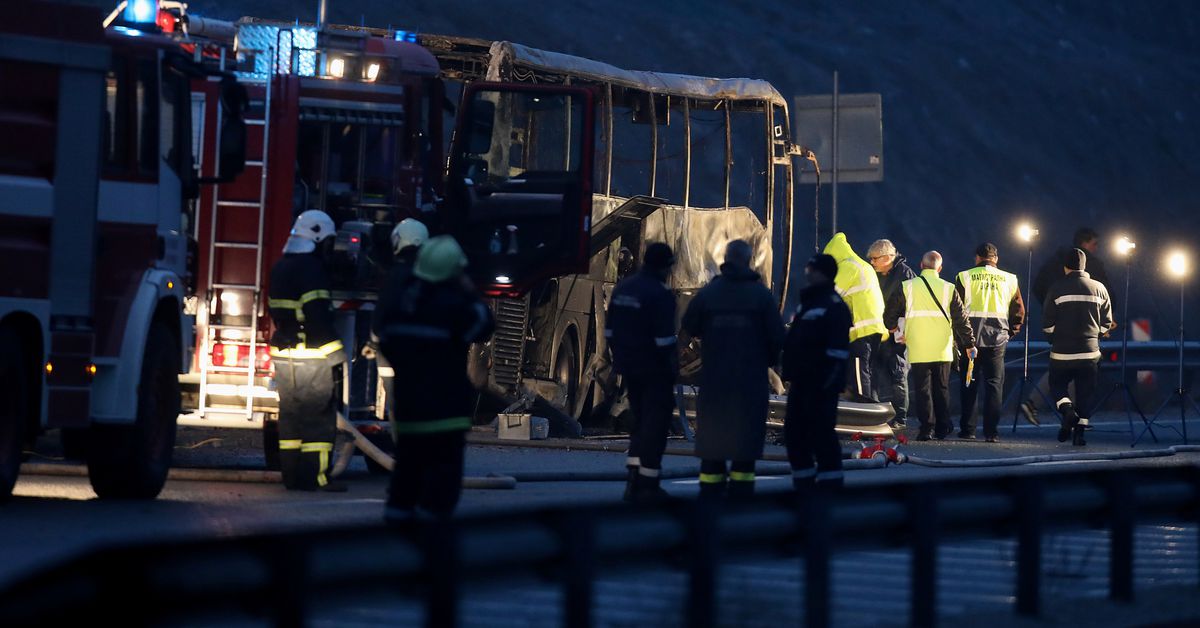 SOFIA, Nov 23 (Reuters) – At least 45 people, including 12 children, died as a bus carrying mostly North Macedonian tourists crashed in flames on a highway in western Bulgaria hours before daybreak on Tuesday, officials said.

Seven people who leapt from the burning bus were rushed to hospital in Sofia and were in stable conditions, hospital staff said. Bulgaria’s interior ministry said 45 people died, making it the most deadly bus accident in the Balkan country’s history.

Interior Minister Boyko Rashkov said bodies were “clustered inside and are burnt to ash.”

“The picture is terrifying, terrifying. I have never seen anything like that before,” he told reporters at the site.

The cause of the accident was unclear but the bus appeared to have hit a highway barrier either before or after it caught fire, Bulgarian officials said.

The accident happened on Struma highway about 45 km (28 miles) west of Sofia around 2:00 a.m. (0000 GMT), Bulgarian officials said. The coach party was returning to Skopje from a weekend holiday trip to Istanbul, a trip of about 800 km (500 miles).

Television footage showed the bus charred and gutted by fire in the middle of the highway, which was wet from rain.

North Macedonian Prime Minister Zoran Zaev said he had spoken to one of the survivors who told him the passengers were sleeping when they were woken by the sound of an explosion.

“I am terrified. This is such a huge tragedy,” he told private television channel BTV.

“Human mistake by the driver or a technical malfunction are the two initial versions for the accident,” he said.