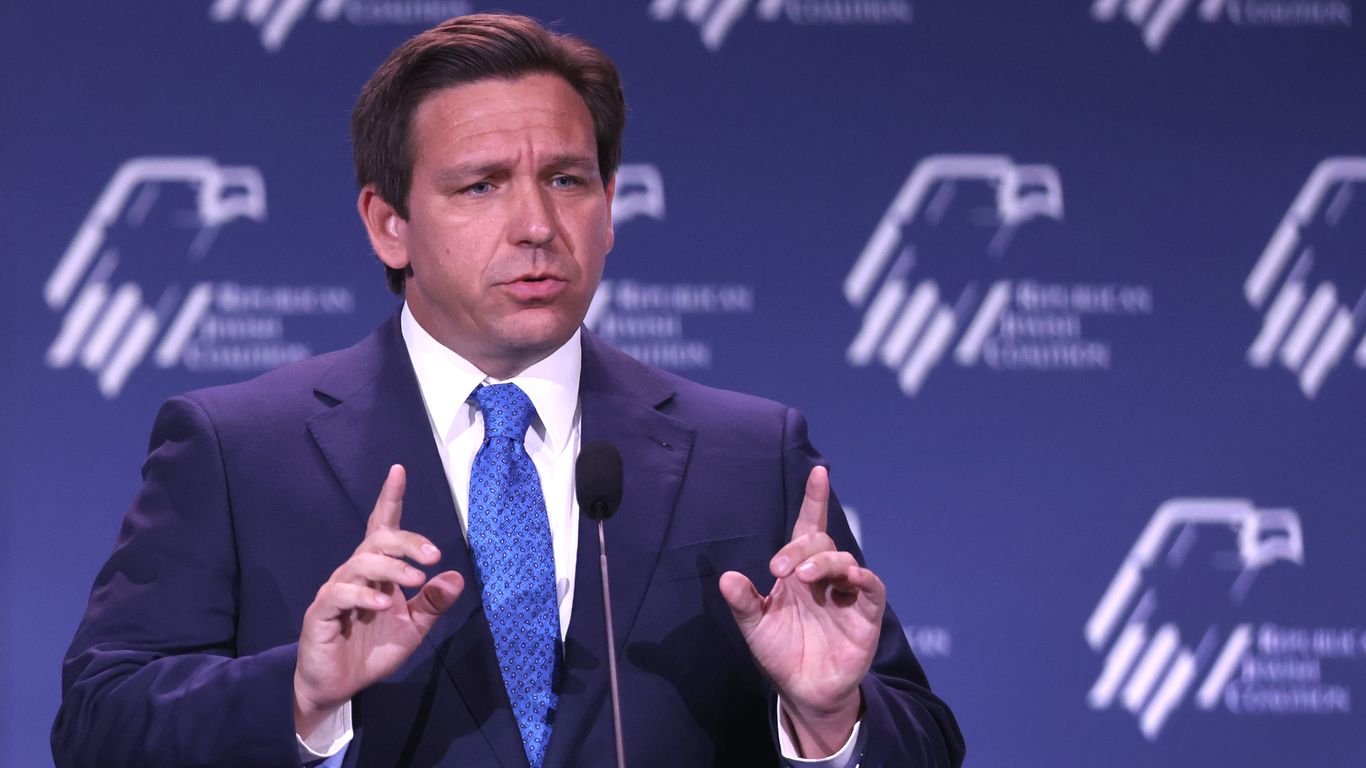 A Florida judge on Friday refused to dismiss a lawsuit against Gov. Ron DeSantis (R) over his bid to transport migrants, per the Miami Herald.

Catch up quick: Pizzo sued DeSantis and other state officials over their effort to transport migrants, saying it violated the state program because the migrants were not in the country illegally and their flight did not originate in Florida.

By the numbers: The state is facing a hefty price tag for the whole affair.

DeSantis’ office did not immediately respond to Axios’ for comment.