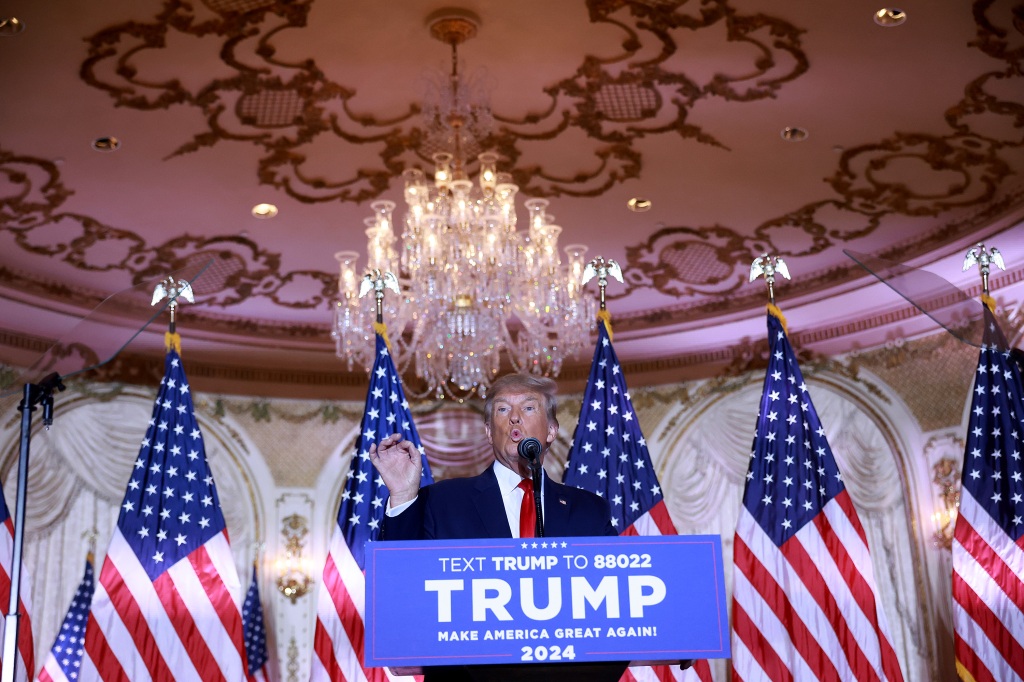 “Florida man makes announcement,” ran a headline on the bottom of the front page, referring to the former president and Celebrity Apprentice star. The story was buried on page 26.

The Rupert Murdoch-owned publication has been noticeably critical of Trump ever since the midterms, when an array of election-denying proteges lost their races, including Kari Lake, running for governor of Arizona.

Many in the GOP skipped the speech, with outgoing Rep. Madison Cawthorn (R-NC) one of the few elected officials to attend. Rep. Matt Gaetz (R-FL), who remains a Trump supporter, told reporters that he planned to attend but could not get to Palm Beach because of weather.

Also not at the speech was Ivanka Trump, who said in a statement to reporters that she does not plan to be involved in politics. “While I will always love and support my father, going forward I will do so outside the political arena,” she said.

Trump’s announcement on Tuesday did draw extensive coverage on major cable news networks, including CNN, which carried the speech live until he made his presidential bid official, and Fox News, which featured most of the speech but hosts Sean Hannity and Laura Ingraham eventually dipped in and out of it. They went to generally glowing commentary and analysis. Their opinion was a contrast to other Murdoch-owned outlets including the Post and The Wall Street Journal, which again slammed Trump in an editorial on Wednesday.

Meanwhile, others in the Fox News orbit are highlighting Ron DeSantis’ potential as a presidential contender. Maria Bartiromo featured a panel on Fox Business that highlighted the downside of another Trump run for the White House.

Trump’s speech stretched into the 7 PM PT hour, and some correspondents at Mar-A-Lago reported that attendees tried to leave the room but were prevented by security. ABC News’ Jonathan Karl described the speech as “low energy.”